Cranbourne trainer Richard Laming will have the right horsepower, but plenty of opposition as he looks to leave his imprint on the two-day Sapphire Coast carnival this weekend.

Laming loves the carnival which offers huge prizemoney of $285,000 alone on Sunday. It’s little wonder why he will float a large team of 16 horses as he attempts to improve on last year’s result when he won the Sprint and finished unplaced in the Cup. 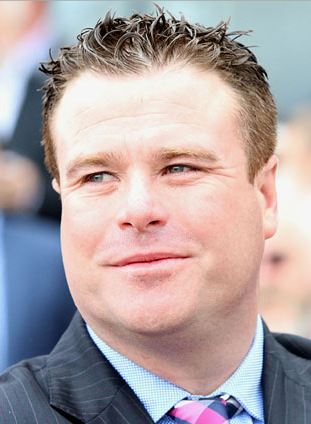 This time Laming will have dual representation in the Bega Cheese Cup with Valeria Messalina drawing gate one and Mitrust the other side in 15. Laming has a high regard for the carnival and feels the depth in the races will make it difficult for any trainer to dominate.

Goulburn trainer Danny Williams rivals Laming for numbers with 17 acceptors of which some are entered for both days. Williams's presence and the form of his stable runners will make him a dominant force on both days, but there are other stables who have chosen the right horses to target the main races.

“It won’t be easy to win a race let alone be confident of winning both main races,” Laming said. “My horses in the Cup are racing well, but there are a lot of chances so you have to wait and see.”

Mitrust is a last start winner at Mornington – his third success from eight starts – while Valeria Messaline hasn’t raced for six weeks.

Athonis ran second at the carnival last year and went down fighting when second behind the in-form Levee Bank at his first start back from a break. The Williams-prepared Green Sweet ran a gallant second behind Le Cavalier in the Moruya Cup and both will line-up on Sunday.

Meanwhile, 12 months on from winning at the carnival, Manzana will start as one of the favorites in the Sprint. The gelding has only been lightly raced for a six-year-old with 15 starts yielding four wins.

Manzana was strong winning a Federal at Canberra last start and is likely to be right on the speed from gate six. Fermanagh Lad has won his past two starts, while Supreme Polarity has won his only two appearances for trainer Nic Olive and is first-up from a spell.

Olive said Supreme Polarity was stepping up in grade and it was hard to gauge how he would fare: “His work has been good, but it’s a strong race with plenty of chances,” he said.

Heywood knows what to expect from Fermanagh Lad and is a big fan of the racing on the South Coast at this time of the year.

“He won at Moruya then again at Cowra which was great to see. He has about six to seven kilograms extra weight to carry on those runs which is the big thing against him,” he suggested.