Veteran On Target To Complete Ted Ryder Hat-Trick At Wagga

Track and distance specialist Spunlago may be a nine-year-old but Albury trainer Ron Stubbs says all the indications are there that he will run another strong race when he strives to complete a hat-trick of victories in the $32,000 Ted Ryder Cup (1600m) at Wagga on Thursday.

Spunlago ($12 on TAB) carried 61kg to win the race in 2018 with Matthew Cahill in the saddle and won again with 60.5kg last year when ridden by 2kg-claiming apprentice Jayden Lloyd.

The gelding was allotted the equal topweight of 63.5kg in Thursday's race, but will drop to 59.5kg after 4kg-claiming apprentice Hannah Williams takes the ride. 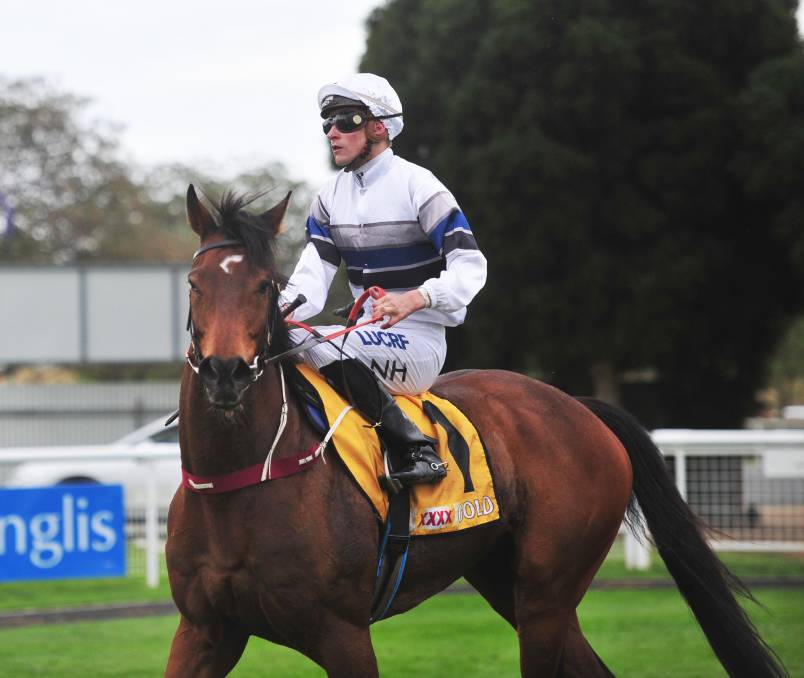 Williams, apprenticed to Wagga trainer Gary Colvin, started riding in October and broke through for her first winner aboard Mythical Goddess at Wagga on November 28.

She rode Spunlago for the first time at Goulburn last week when he finished fourth to Knight in the Fred Cooper Cup (1600m).

"I've known Hannah for a while and had her in mind for the ride in Thursday's race for some time," said Stubbs.

"We always knew he'd get a fair whack of weight, so I was very keen to use Hannah's 4kg claim.

"He'll actually be carrying less weight in this year's race than he has in the two previous years which is unusual, especially considering he's won the Albury Cup since last year's Ted Ryder.

"And apprentices have had success on him in the past. There are no problems with him race-wise, but he can be a bit of handful before the race, as Hannah can attest to at Goulburn last week when he played up a bit in the enclosure."

Spunlago has been a great performer over the years, winning 13 races on nine different tracks in Victoria and NSW. He has won from Mildura to Flemington and has collected just over $476,000 in prizemoney.

He started his racing career back in 2014 under the guidance of Horsham trainer Greg Baker (winning five times) before having four runs (for two wins) for Ballarat trainer Archie Alexander. He joined Stubbs' stable in 2018 and has so far won another six races, including this year's $204,000 Listed Albury Cup (2000m).

He has been particularly effective at Wagga, winning four of his eight starts there and is unbeaten in his three runs over 1600m at the track, including the past two Ted Ryder Cups.

"He's been a fantastic horse, who's not far off winning half a million in prizemoney. He's just one of those old-fashioned country handicap horses who continues to race well season after season," said Stubbs.

Stubbs said the gelding was ready to peak at his fourth run this campaign and is looking forward to getting him back to Wagga on Thursday.

Spunlago resumed at Gundagai on November 13, finishing a 3.37-length ninth to Regal Stage in the Snake Gully Cup (1400m). He then finished an 8-length 8th to Vungers in the $100,000 Wodonga Cup (1590m) on November 27 before his last-start 2-length fourth at Goulburn last Friday.

"He's nine, but I can't have him any better for Thursday's race," said Stubbs. "He looks well and on his trackwork, I think he's ready to run another great race at Wagga, a track he obviously loves. And he's drawn the inside gate, and you never knock back a draw like that.

"I was very happy with his first-up run, then he was a bit disappointing in the Wodonga Cup. But I left Goulburn after his run last Friday very happy with him and I expect him to relish the six-day back-up."
The Wagga track was rated a soft 6 on Wednesday morning, but with fine weather over the next few days, Stubbs expects it to be in the good range by raceday: "The track should be absolutely perfect by Thursday," he said.