Despite Goulburn's track remaining in the heavy range, plenty of sun is forecast on Friday to shine a light on some keen tussles in the tablelands premierships.

Competition has been super keen over the past 12 months and two of this year's titles could yet be decided at the club's final race meeting of the season. 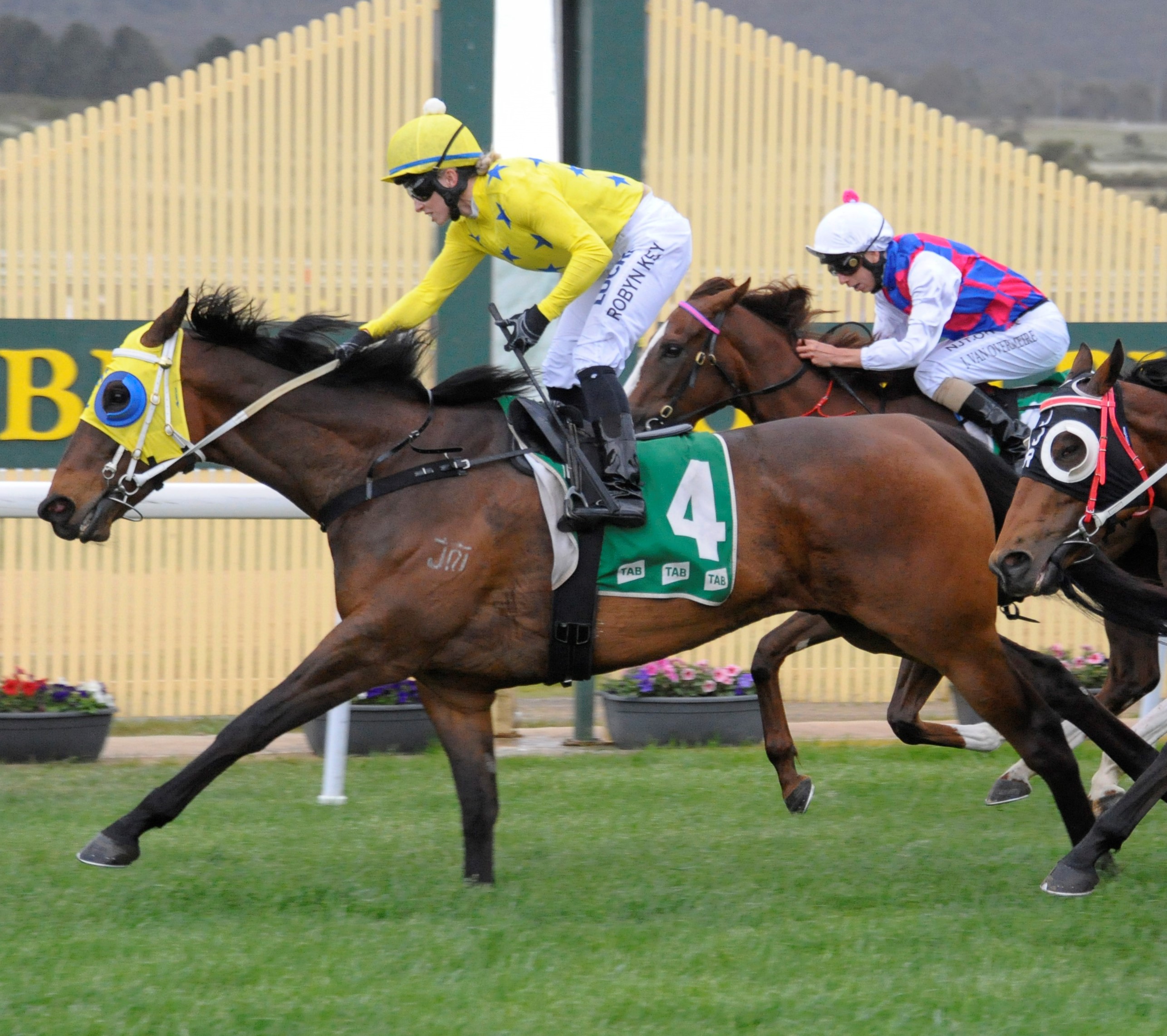 Horse of The Year honours took nearly all season to settle but local galloper Vee Eight secured the title with a first-up win in early July.

Trained by Sue Laughton with Robyn Freeman-Key as regular rider, the enigmatic galloper notched a productive six placings and a win on his home patch this season, edging Majestic Wings (Gerald Ryan/Sterling Alexiou) or Mystic Vein (Gary Portelli), the latter a chance to secure the runner-up spot via Race 3 on Friday.

Vee Eight will look to bolster his premiership points when tackling the final race on Friday's card.

Jockey of The Year
Only a right or wrong pull of the rein in it. Kathy O'Hara has maintained a strong strike rate all season along with the consistent Keagan Latham. However, due to jockey zone restrictions, the fast-finishing Blaike McDougall can use a strong book of rides to leapfrog both. McDougall is a five ride lock on the day including Razment - Race 1 (TAB odds $2.20), Reoffender -Race 5 ($9), Ten Bells - Race 6 ($9), Smarter Than You - Race 7 ($5.50) and Art Of Excellence - Race 8 ($19).

Trainer of The Year
The Waterhouse-Bott stable has made the Hume Highway a fruitful route all season. They lob one last debutant at the title with recent trial winner Kickatorp ($9) stepping out in Race 7 the Twinstar Racing Maiden Plate, 1000m. Regular Goulburn visitor Jason Coyle has built plenty of momentum late in the season producing three winners in his last two visits to the tablelands. The stable has seven acceptors across five races on Friday.

Apprentice of The Year
Congratulations to Jean Overmiere who has the apprentices' title sewn up. Keep an eye on some of the young female apprentices coming through the ranks in 2021/22. Despite having to shelve any premiership aspirations this year, the locals can still continue their good recent run as 'punters pal'. At the most recent Goulburn meeting Wayne Hudd (Pauldron) and Twinstar Racing (Zarafah) delivered a Goulburn quinella. The meeting prior to that Scotty Collings landed a stable quinella with Skaifee & Bleue's Choice. Sue Laughton made it a race to race double on the same day when the consistent Vee Eight saluted.

Punters keen to take a 'home game' gamble could find value in:

Goulburn's track is currently rated a Heavy 10 with fine weather forecast for the remainder of Thursday and Friday.