Northern NSW racing lost one of its most respected stalwarts on Thursday (18th February) with the passing of long-term Grafton resident Roger Kelly following a long illness.

Roger, who moved to Grafton in the early 1970s, was already well known in racing circles throughout northern NSW after having been active in racing whilst living in the north west of the state at Gunnedah. 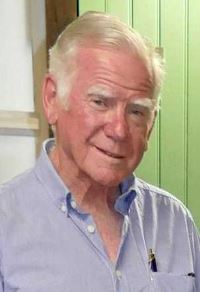 After moving to Grafton, Roger became even more actively involved in racing, firstly as a successful owner then providing his time as a committee member of South Grafton Jockey Club before adding representation on the Northern Rivers Racing Association board to his ever increasing racing CV.

With South Grafton Jockey Club combining with Clarence River Jockey Club in the late 1980s, Roger retired from service but continued to be a great supporter of the industry through sponsorship with his name continuing a race sponsor of the rich July Carnival until recently.

Renowned for his encyclopedic memory, Roger could relay stories from the sixties and seventies with enough accuracy that he could have been telling you about an incident that happened just last week.

While it was not a nickname that he relished, Roger was known by many as “The Encyclopedia” and from my perspective, it was a fitting tribute and always said with great respect.

Roger was awarded life membership of Clarence River Jockey Club in January 2016 for his lifelong service to a sport he loved.