Racing NSW has been informed of the passing of Mr Neale Lavis OAM, a former owner/trainer at Braidwood who died on Sunday, 7 October 2019, aged 89.

Mr Lavis was a member of the four-man Australian equestrian team that made history by winning gold in the three-day eventing team event at the 1960 Rome Olympic Games. He also took out silver in the individual competition.

Mr Lavis, 30 at the time, was the youngest of the Rome Olympic team. Riding 'Mirrabooka', he was almost faultless over the three days of competition. 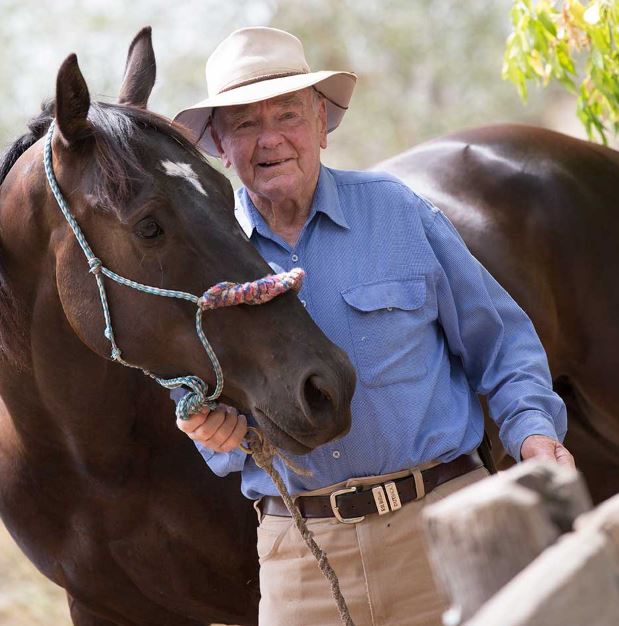 He went to England in 1960 and competed successfully in jumping, fox-hunting and team events in Surrey, White City, and Badminton.

Mr Lavis competed again at the 1964 Tokyo Olympic Games but that time a medal eluded the team.

In 1999, Mr Lavis was awarded the Medal of the Order of Australia (OAM) for his service to the equestrian sports as a competitor, coach, and administrator, and to the community.

Asked how he became involved with racehorses, Mr Travis told journalist Tim Egan: “I must have been three or four when a family friend pulled me up behind him on his horse and took me for a ride. That was it for me. I just wanted to be around horses.”

He attributes a horse called Carrabeen with having taught him to ride, there being no pony clubs back in those days: “We’d round up cattle, jump logs and ride over all sorts of terrain. He taught me a lot.”

After the 1964 Olympics, Neale's equestrian career, effectively came to an end when he and his wife Velma, purchased a 2000-acre property at Braidwood, in the NSW Southern Highlands.

“When you’ve got a mortgage and a young family, something had to go. There was no money in eventing back then.

"No big prizemoney, no sponsorship money and no fancy prices for the horses.”

In 1969, Neale took out a thoroughbred owner/trainers licence. It wasn’t long before his services were in demand and he upgraded to a full licence.

As a trainer, Neale enjoyed success not only on the country and provincial circuits, but also on metropolitan tracks. He rates Supreme Max and Butterfly Blue, both Sydney winners, as the best horses he has trained.

In the mid-70s Neale began to dabble in breeding and his first stallion was Kid Wilkes.

He would soon get such a horse: “I had a phone call from Bridget Woodford-Smith, of Huntworth Stud.

“Les Young, a very knowledgeable horseman and livestock agent, had called from Ireland to tell her he’d found a stallion that he considered to be very good value.

“The price was $20,000 plus the cost of bringing him to Australia. I agreed to go in with Bridget and a syndicate was formed which included my brothers, Keith and Garth.

“The stallion was Whiskey Road. Initially, his service fee was $2,500. Bridget sent me two mares, one for each stallion.

“I got them mixed up and put the wrong mare to Whiskey Road. The foal turned out to be the 1981 Melbourne Cup winner, Just A Dash. Not a bad mistake, eh?” chuckled Neale.

Just A dash wasn’t destined to be the best of Whiskey Road's progeny. That honour belongs to dual Derby winner, Cox Plate winner and Australian champion racehorse of 1982/83, Strawberry Road.

At 85, Neale reverted to an owner/trainers licence with his most notable winners at the time being Rocky Cobra (won eight races) and King Tides In (four).