PLEASE NOTE: There will be a funeral service for Mr Ryan at the Assumption Church, 192 Mitre Street, West Bathurst commencing at 11am this Friday (7th May). Then from 1pm,  a memorial & wake in the grandstand of Bathurst Racecourse. All welcome and if intending to go, please contact Michelle Tarpenning (GM-Bathurst Thoroughbred Racing) via manager@btracing.com.au or (02) 6331 2719.

Don Ryan, a highly successful and respected trainer for over 60 years, passed away peacefully at his family home in Bathurst on Saturday 1st May.

His father Frank Ryan was a trainer at the old Eglinton track near Bathurst and prepared Coonamble Cup winner Glentat and the fine performer Pan Star sired by the dual Melbourne Cup winner Peter Pan.

Apprenticed to his father, Don Ryan rode his first winner Gold Fort at Cowra on Easter Monday 1951 for Clarry Davis who trained at Newbridge. 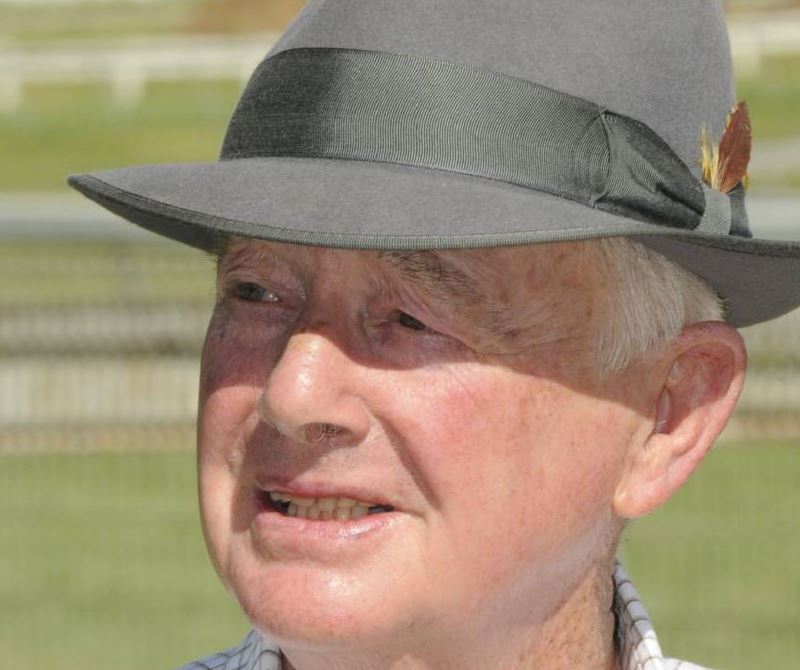 Gold Fort won four straight with Don Ryan aboard while he had several wins on Rata Lad trained at Bathurst by Dave Jenkins.

At the time Don was riding against great jockeys such as Matey Molloy, Ned Dougherty, "Banjo" Bell, Arthur Seymour and Mervyn Seymour while Ossie Cahill (the father of top jockeys Michael and Mathew Cahill) had just retired.

Two years into his apprenticeship serious injuries suffered in a race fall at Molong ended his riding career and Don was then to display his talents as a trainer and racecaller.

During his 10-plus years as a racecaller he called at Bathurst, Orange, Cowra, Mudgee, Gulgong and several other tracks.

His only starters in the Bathurst Cup both won, Ecrates (Sammy Mezzasalma) in 1966 and Wide And Blue (Mathew Cahill) in 2000.

Ecrates was owned by Hartley Williams the father of Gowan Williams who with his wife Jeanette for many years published Aimer Racing Weekly.

Regarded by Don Ryan as the best horse he trained, Ecrates won 14 races and was beaten a nose at Randwick by the Neville Begg-trained Rue Nought.

The mare Amourous was a gem for Don Ryan, winning at Warwick Farm and at stud for the Ryan family produced So Generous (dual Canterbury winner), Our Canny Boy (won 5 of first 6 and second at Randwick), Somebody (multiple wins and second in Highway in Sydney), Kindness (at Dubbo beat subsequent Group 3 winner Shiraz) and Happiest.

Other good winners from the Ryan stable included Annecy, Ave and Harrietta. In 2016 Don Ryan and his son Andrew Ryan formed a trainer partnership and they had considerable success.

In recognition for his contribution to local racing including helping build the new Tyers Park track which opened In 1959, Don Ryan was awarded Honorary Life Membership of Bathurst Club.

A true gentleman, Don Ryan is survived by his wife of 62 years Diane Ryan (née Windsor) and their children Bernard, Stephen, Andrew, Catherine and Olivia.   - By Col Hodges OAM