Maintaining a passion for horse racing to the end, Bill Ridge at age 94, passed away last week at Dubbo.

Retired to Dubbo, he had spent most of his life at his grazing property ‘Tuncoona’ at Enngonia, north of Bourke where he and his wife Robin Ridge raised their three children, Bill Jnr, Julie and Kerry.

With the help of a couple of others, Bill was instrumental in getting Enngonia Race Club up and running again after the finish of World War II while he also raced a host of good horses including the legendary outback galloper Blazing Arrow. 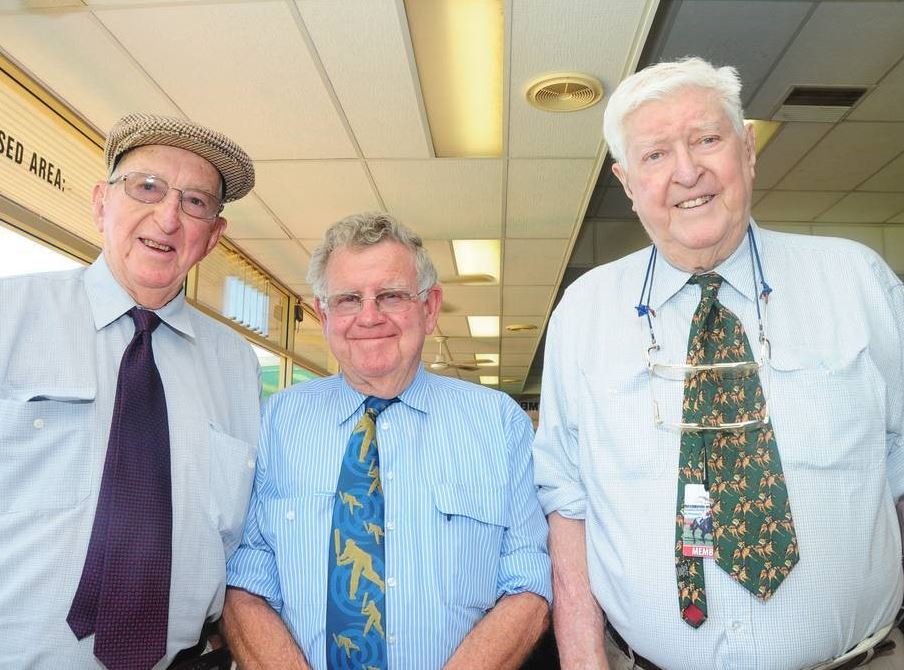 From 1981 until his passing he was Patron of Enngonia and overall, Bill Ridge gave 75 years’ service to the Club while also serving 28 years on the committee of the Western Districts and Western Racing Associations.

His brother, the late Bob Ridge, was also a long-time secretary of Enngonia and represented the Western Racing Association on the NSW Country Racing Council.

At the Easter sales in Sydney in 1964, Bill Ridge purchased for 700 Guineas a yearling he later named Blazing Arrow and raced in partnership with his wife Robin.

During a remarkable career, Blazing Arrow had 194 starts for 47 wins, 44 seconds, 27 thirds and 14 fourth placings. Blazing Arrow won at 20 different tracks and was placed at nine other tracks with the wins including seven in Sydney.

From two years of age onwards, Blazing Arrow won four races at Randwick, two at Rosehill and one at Warwick Farm with the other 40 wins being on country tracks in NSW and a single win in Queensland when usually carrying big weights.

At meetings at Bourke, Blazing Arrow won each year from a 5yo to a 10yo and won as an 11yo at Nyngan and as a 12yo at Walgett picnics. Apart from the grand performer Blazing Arrow, other prolific winners raced by Bill Ridge were Whiskey Jack, Bushman’s Book, Kate’s Revenge, Cariomax, Robin’s Rule and Bons Return.

Albert Hazlett (trainer) and Robert Bradley (jockey), both from Walgett, had long associations with Blazing Arrow and many of the other winners raced by Bill Ridge. Many years before his top horse Blazing Arrow came along, he raced the original Blazing Arrow which at a Fords Bridge meeting gave Bill Ridge his first win as an owner.

A place in racing history belongs to Bill Ridge as the owner of Lednapper, winner of the first race held by Louth Turf Club and Blue Cargo winner of the last race at the final meeting held at Hermidale. At the 2019 Enngonia meeting, Bill and Robin Ridge sponsored a race in recognition of their years associated with the Club.

Bill Ridge is survived by his wife Robin and children and spouses, Bill Jnr. and Lisa Ridge, Julie and Mick Cullen-Ward, Kerry and Brian Hanigan and nine grandchildren and 11 great-grandchildren.

A private family funeral will be held for Bill Ridge at Dubbo on Tuesday (11th August).