Lee, 67, prepared a small team of gallopers and had to juggle her day, also being a full-time nurse.

Lee prepared some smart horses including Loves a Hassle and Beau Hoffa, both horses having won five races each. Her last winner was Loves a Hassle who won at Orange last November.

Lee's Labours Of Love Far From A Hassle
In the morning Van Den Bos tends to her team of horses with her husband Alex, she tries to get in a nap then heads off to work in special support for young men with disabilities such as Autism and other intellectual and behavioural issues.

But she takes it all in her stride, aided by Alex taking on the afternoon feed shift. 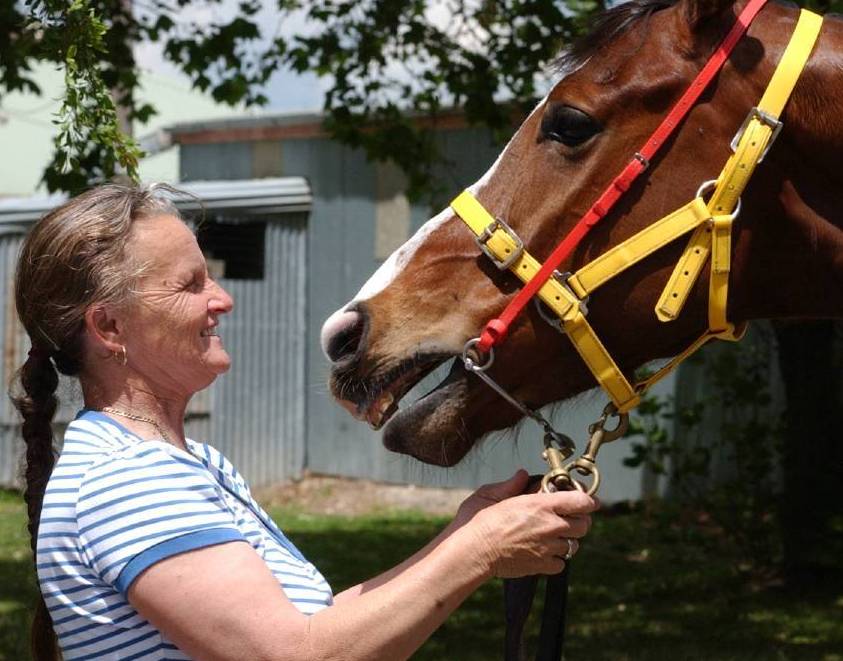 “If you rush a horse it gets upset and it’s the same with these guys, it takes them a while to understand what you’re saying and what you want.

“I’ve got two jobs, nursing and horse training, and I love both of them so they’re not jobs.’’

Loves A Hassle, affectionately known as Romeo, and Beau Hoffa, who goes by the name Johnny at home, are stabled next to each other, work together, are both chestnuts with a baldy face and white legs.

Romeo was given his nickname because he’s a lover and a very friendly horse according to Van Den Bos, while Johnny is so named because he was bought on impulse by her husband for his likeness to actor John Wayne’s horse Beau.

There is some conjecture in the Van Den Bos household though over which horse is the better chance.

“My husband has a lot of faith in Loves A Hassle, I favour Beau Hoffa out of the two,’’ she said.

“They are different horses, Beau Hoffa has high cruising speed and sticks on at the end and Loves A Hassle has a brilliant sprint when he sees daylight. He can put two or three lengths on horses."

NOTE: Funeral details are yet to be announced.