Trangie Rivals Feel The Bite Of Gadfly In Picnic Series

Gadfly (Ashley Boyd, $2.30 favourite) - a winner at Gosford and Wyong - came home solidly under the steadier of 70kg to wear down Purest (Michael Wade, $4) to score by half a neck with Coop 'n' Demp (Michael Gray, $10) nearly three lengths astern in third position. 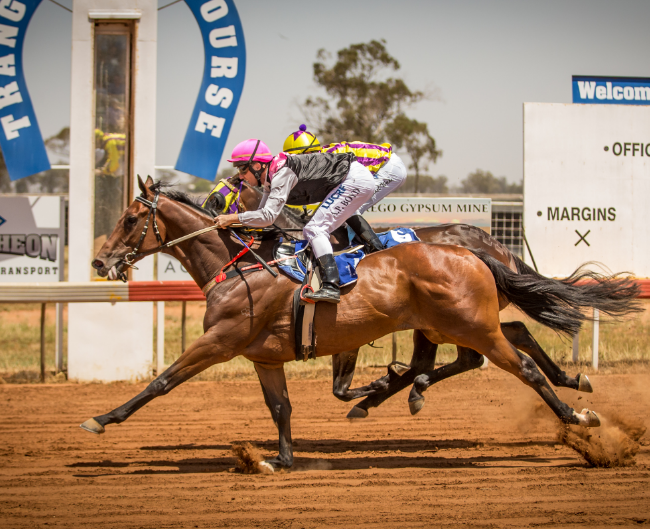 The five-year-old had previously been prepared at Newcastle and was making his first appearance for the Mark Ward stable based in Condobolin.

The win gives Gadlfy seven points and now puts him in the running to contend the $50,000 2019 NSW Picnic Champion Series at Dubbo in September.

Attiluis and Tearful Kitty are joint leaders of the Series on 19 points, two points clear of Born to Power and Cryfowl.

Huang Zhong (Jody Hughes, $4.40) was another to land seven points at Trangie when he won the Macquarie Picnic Cup (1400m) at his picnics circuit debut. The four-year-old had previously won his maiden (1200m) in a Warren TAB event.