Leading jockey Blaike McDougall is in such hot demand even one of the trainers closest to him had to book him weeks in advance.

The early negotiations look likely to pay dividends, but to what extent remains to be seen, when McDougall rides four horses for Albury trainer Donna Scott at Albury on Monday

Scott’s daughter Danielle is McDougall’s partner and also an apprentice jockey in her first season of racing. 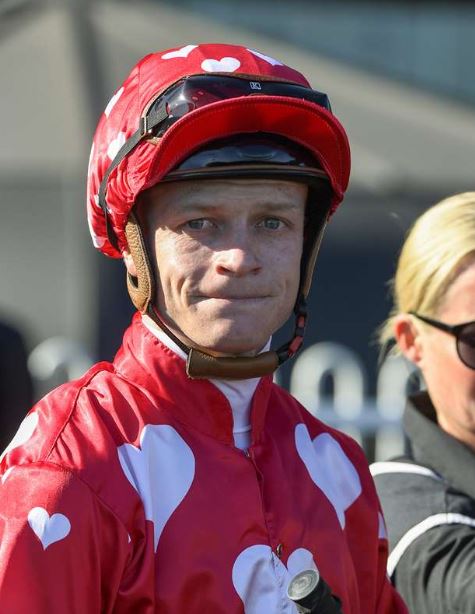 It’s the first time McDougall has ridden so many horses for Scott at the one meeting and the quartet could well provide the trainer with more success judging on their recent form.

Scott finished with a winning double at the previous Albury meeting, with one of her winners, Star Of Tennessee again appealing as her best winning chance.

She will also be represented by last start Albury winner Hazel’s Diary as well as Hail The Hero and Steparound Girl.

Scott is hopeful what looks a promising day on paper eventuates into winning results. The booking of McDougall enhances her prospects, but she had to get in early to ensure he was signed and sealed.

“I really wanted him for Steparound Girl so I had him booked a fair few weeks ago. She ran second last start at Wagga and I have delayed racing her since so Blaike could ride her because I think he will bring out the best in her,” Scott said.

Hail The Hero hasn’t shown up in two starts this campaign, but back to his home track where he always excels gives him a shot of returning to winning form The gelding has won twice and been placed three times from six starts at Albury and will be fitter for recent racing, according to his trainer.

“Hail The Hero is like the other horses I have in – he can handle the wet track and is third-up from a break so I expect him to improve,” she said.

“It’s the same with Hazel’s Diary. She can handle the wet and is racing in the same type of grade as she won in last start.”

Scott’s recent statistics at Albury suggest she will be a force – three winners from her past five starters at the track where her horses excel. The trainer agrees racing her horses where they are trained has some advantages and she is hoping to make the most of it with four genuine chances.

She rates Star Of Tennessee as her main winning chances adding the filly rises in weight and class which will make it more difficult than her easy maiden victory.

“It is hard winning a maiden then trying to win again when you are going up in the weights as well,” Scott said. “She has a lot of weight for a three-year-old filly with 59 kilograms and she is drawn out wide.

“She only has to go around one turn and has always shown a fair of potential so she would be my best chance of winning.”

Meanwhile, superbly bred filly Miss Amelia will chase three straight wins against Hazel’s Diary in the Benchmark 58 (1000m). Miss Amelia was also an acceptor at Gundagai on Saturday and trainer Tim Donnelly has elected to contest the race worth more prizemoney where she will carry less weight.

Miss Amelia easily won her latest start and her first run for Donnelly at Narrandera.