Promising Queensland gelding Dominarcher - once written off as a racing prospect by vets and subsequently purchased for a token price of just one dollar - looks set to shed his maiden status when he makes the trip down to Lismore on Tuesday.

Trained on the Sunshine Coast by Billy Healey, Dominarcher tackles Tuesday's Joel Jensen Constructions Maiden Plate (1310m) off the back of two excellent runs in top form races, including his first-up three-length fourth in the $250,000 Magic Millions Plate (1200m) at the Gold Coast on January 16. 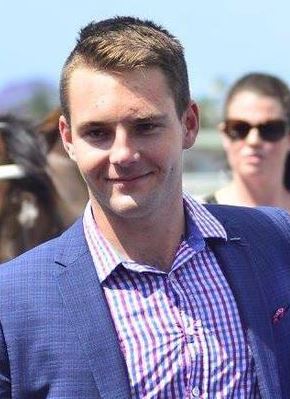 Trainer Billy Healey - will have three runners at Lismore on Tuesday

The now four-year-old has come a long way since doing a tendon as a yearling after he was purchased by syndicators First Light Racing for $45,000 at the 2018 Magic Millions Sale on the Gold Coast, with Brisbane trainer Rob Heathcote set to train him.

"He did a tendon as a yearling and a couple of vets agreed that he would never race," said Healey. "I know Tim (Wilson) from First Light Racing and asked if I could take him. The purchase price of one dollar was really just a bit of a joke.

"Dominarcher had been in the paddock for a couple of months already and I kept him in the paddock another 12 months before he started rehab work on the beach and on the treadmill. It took time, but I'm glad I took him on because he's a very good horse."

By Golden Archer out of the Strategic mare Domitilla, Dominarcher is a half-brother to the talented mare Sylpheed, a Listed winner and placed twice at Group 3 level.

Dominarcher finally made his racing debut after just turning four when he finished second to Shooting For Gold in a Doomben Maiden (1110m) on August 26 last year. Shooting For Gold certainly added merit to that performance by coming out to win three of his next four starts, including wins at Doomben and Eagle Farm in December.

Healey then put Dominarcher away with a plan to target the rich Magic Millions Maiden Plate first-up on January 16. Ridden out in front by Glen Boss, Dominarcher was a little wayward in the straight in the MM Maiden but battled on gamely to finish fourth behind the Sydney fillies Newsreader and Lady Of Luxury with the Gold Coast galloper Hey Big Splenda in third.

The runner-up has since finished second to the promising Les Bridge-trained filly Skedaddle on the Kensington Track while Hey Big Splenda scored at Doomben last week.

"His run in the Magic Millions Maiden was super," said Healey. "We didn't really want to lead and he was a bit wayward in the straight, but he fought on really well. Bossy was rapt in his run and thinks he'll make a very nice horse.

"Dominarcher was pretty close to the mark for that first-up run but has improved a bit since. The form around both of Dominarcher's runs looks very good and I'm sure he's going to run a big race at Lismore as long as we get a good track.

"That one of Michael Costa's (Examples) will probably be hard to beat but I think Dominarcher may be too good."

Gold Coast-trained three-year-old Examples is making his debut on Tuesday after easily accounting for Biz Class (runner-up on debut at the Gold Coast on Saturday) in a 1000m barrier trial at the Coast on January 25.

Healey posted his first treble at the most recent Lismore meeting on January 17 and with last-start winner Jett Austin joining Dominarcher on Tuesday, he could be in for another good afternoon. Healey said his other Lismore acceptor, El Prados, would not be running in the final event.

Matt McGuren rode Healey's three winners on January 17 and teams up with him again aboard Dominarcher and Jett Austin. Jett Austin, an El Roca three-year-old, broke through at his fifth race start when he easily won his Maiden at Lismore on January 17 and Healey expects him to take beating again in Tuesday's C,G&E Benchmark 58 Hcp (1310m).

"Jett Austin has been racing consistently and has improved again since his Maiden win there last month. He can definitely win again on Tuesday and then I'll more than likely give him a break," said Healey.