Jockey Matt McGuren has a great chance to complete a hat-trick of wins in Casino's Beef Week Cup (1400m) when he pilots in-form local gelding Exclusive in the $31,500 feature on Friday.

McGuren and Lismore trainer Daniel Bowen have combined to win the past two runnings of the Beef Week Cup with Malmoose (2018) and Queen of Kingston (2019) but will be rivals on Friday.

Bowen has accepted with Antilia but the trainer's chances of completing his own 'three-peat' in the race suffered a blow when the mare drew the extreme outside gate. 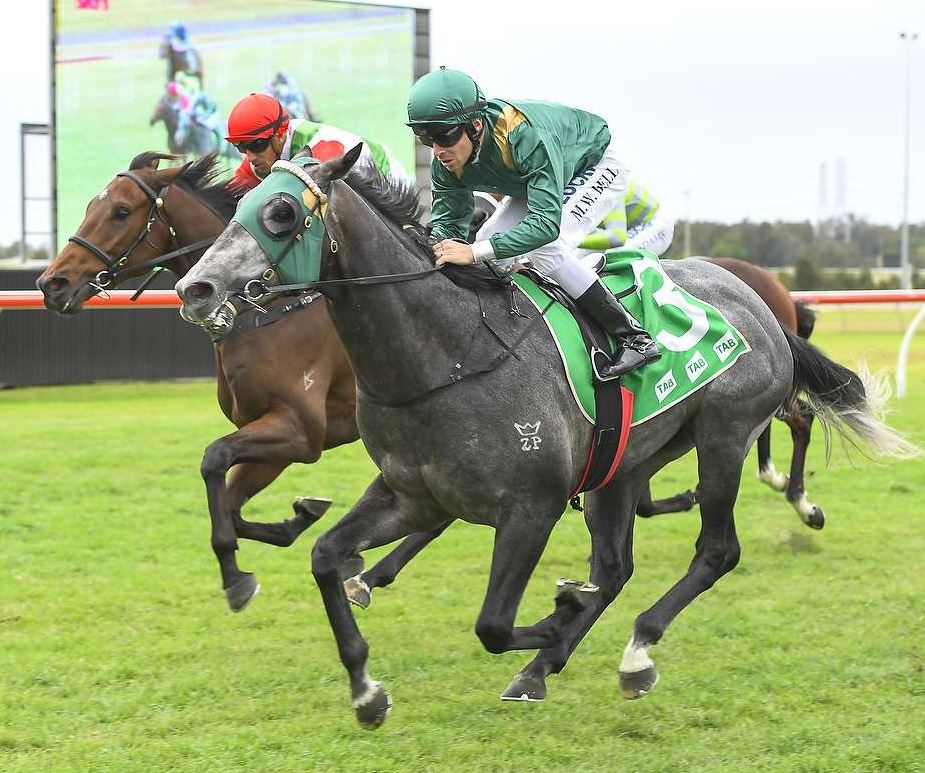 Trained by Casino butcher Stephen Bennett, Exclusive might be the omen tip in the Beef Week Cup and does look a great chance of providing a hometown victory as he steps up to his ideal trip of 1400m in Friday's race.

Exclusive, a four-time winner around 1400m-1410m, heads into Friday's race off the back of two strong performances at Grafton.

He sprinted well off a freshen-up to easily win an Open Handicap over 1106m on April 20 then ran home well under 60.5kg to finish second to Vacate in an Open Hcp over 1215m on May 4.

Bennett had the Country Championships on the agenda for Exclusive earlier this preparation and the four-year-old acquitted himself well in what turned out to be the toughest of the qualifying races.

"When he didn't qualify for the Country Championships Final and then with the coronavirus restrictions coming in, I had to change my plans for him and set my sights on this Beef Week Cup," said Bennett.

"He surprised me a little by winning over the 1106m two runs back, but with the speed right on up front, it really suited him as he's a horse who has to be ridden off the speed.

"The step up to the 1400m in Friday's race will be ideal for him now and he's also drawn a nice gate (barrier six). It's a tough 1400m here at Casino with the steep rise and that should suit him as well.

"Exclusive's never raced here at Casino before but does his work here. I'm not much of a traveller with my horses so Friday will be great - he only has to walk about 500m to get to the track.

"Matt (McGuren) has already ridden him to a couple of wins in his career and I know he had a few other offers in the race, so it's great that he's opted to ride mine."

Exclusive and the Scott Cumming-trained Landmarks are the only two Casino-based gallopers in Friday's 14-horse field. Landmarks, a local hero after winning back-to-back Casino Cups in 2017-18, will have to improve sharply on his recent efforts to improve on his terrific record at the track.

The Matt Dunn-trained Ashman will have to carry 62kg after apprentice Emily Atkinson's 2kg claim, but still looks very hard to beat after his resounding return to form with a 5.3-length win at Murwillumbah last time out on May 11.

Ashman led throughout last start with 59kg to trounce a field which included several gallopers he will clash with again on Friday, including Melted Moments, Pleased, Anitilia, Evopex and Landmarks.

The David Campbell-trained Melted Moments, a winner over the 1400m at Casino back on February 28, doesn't know how to run a bad can and can get into the placings again on Friday. Campbell has booked 2kg-claiming apprentice Kyle Wilson-Taylor.

And the Stephen Lee-trained Pleased is one who can improve further at his third run back in Friday's race and he does meet Ashman much better at the weights this time around.