Things haven't exactly gone to plan since Coffs Harbour galloper Pace Stick made his very impressive debut last year, but trainer Brett Dodson thinks the talented gelding can take another step towards better things when he lines up at Grafton on Monday. 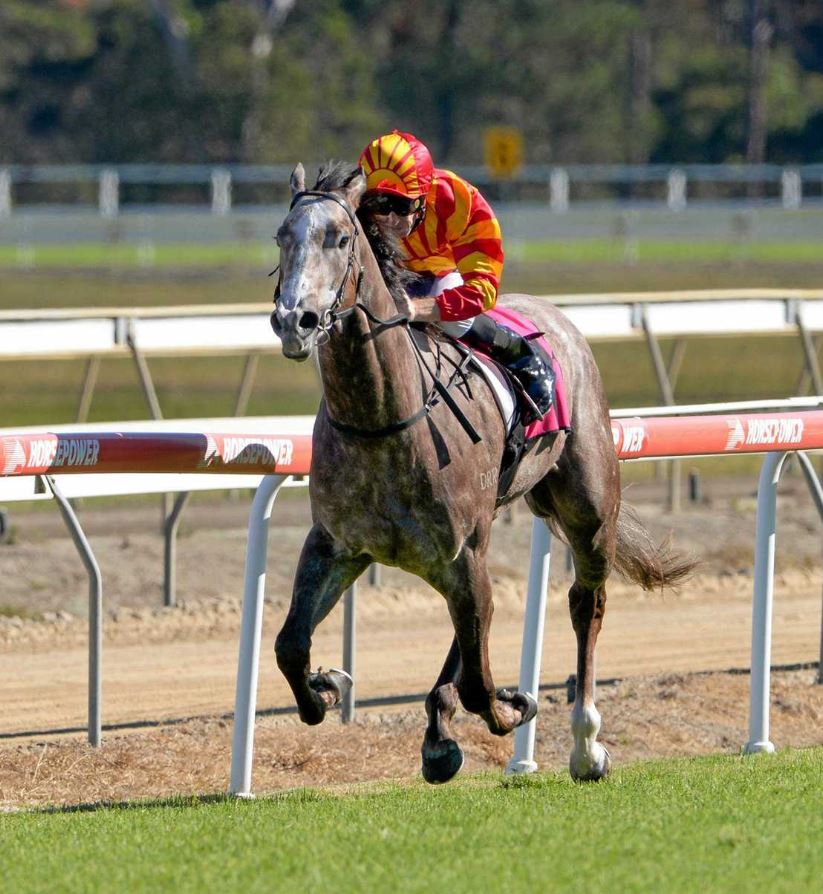 Narrowly beaten first-up with 61kg from a wide alley at Coffs Harbour on August 6, Pace Stick certainly looks the one to beat on Monday after drawing ideally in gate three and with the benefit of stable apprentice Kyle Wilson-Taylor's 2kg claim.

Dodson has always had a high opinion of Pace Stick and thinks the Jet Spur gelding has a bright future once he matures a bit more. A crack at next year's rich Country Championships series is definitely on the agenda.

"He's certainly got the talent but he's just been a slow maturer," said Dodson. "Not a lot has gone right since he made his debut last June, but hopefully he can get another win under his belt on Monday and go on with it from here."

Pace Stick certainly stamped himself as a galloper of great promise when he debuted at Coffs Harbour in June last year. With a brilliant barrier trial performance under his belt, Pace Stick opened his racing career with a dominant win in a maiden over 1209m, before Dodson gave him an immediate spell to give him more time to develop.

Pace Stick returned to race last summer, but nothing went right. He was beaten first-up at Wyong on December 19 as the $2 favourite, finishing last of the seven runners after blowing the start.

The gelding then went to Ballina on January 17 but was easily beaten by Logan's Blade over 1000m.

Dodson then sent Pace Stick for another break and he resumed at the Coffs Harbour Cup meeting on August 6 with a gallant effort in defeat. Heavily backed to run the $3.40 favourite in a Benchmark 58 Hcp over 1000m, Pace Stick was again tardy at the start, circled the field from his outside gate to sit outside the leader and just failed to hold off the late swooper Fair Dinkum.

"I wasn't that concerned he'd miss the start again when he resumed the other week as he had drawn wide anyway and I didn't think it would matter that much," said Dodson.

"I think his condition just gave out over the final stages and he was a sitting shot for the swooper, so I was very happy with his effort.

"He's certainly needed that run. He's done really well since and with a better draw in a smaller field on Monday I think he should be very hard to beat.

"He also had 61kg first-up but will have the benefit of Kyle's 2kg claim on Monday, which is another plus.

"He had a few issues over the summer and has gone shin sore a few times, but so far this time in he's standing up pretty well.

"After Monday's race I plan to take him to Sydney in a couple of weeks for a 1200m TAB Highway and the step up to that trip should really suit him.

"I also hope we can tackle next year's Country Championships with him - I have no doubt he'll eventually handle a step up to 1400m."

Pace Stick's main rivals on Monday look to be the last-start winners Maspoeta, from the Matt Dunn stable, and the Greg Kilner-trained Swanston.

Mapoeta was placed in his first four starts around the Northern Rivers last year and was able to finally break through when he resumed to win a Casino Maiden on June 25. Swanston was well backed on debut to win his Maiden at Ballina on July 23.

Grafton mare Hiroko looks well placed to return to the winner's list when she resumes in Monday's F&M Class 1 Hcp (1006m). The Terry Commerford-trained four-year-old is yet to finish out of a place in her six starts to date and her form suggests she clearly looks the one to beat against Monday's opposition.