It is Wagga’s version of the Melbourne Cup on Friday when seven candidates line-up for the Mountaineer Cup over 3200 metres.

Only days out from the race that stops a nation – albeit it without the glitz and glamour of years gone by due to Covid restrictions – Wagga’s two-mile test will be a test of endurance for not only horses but jockeys.

Many have never raced over the distance so supreme fitness is crucial. 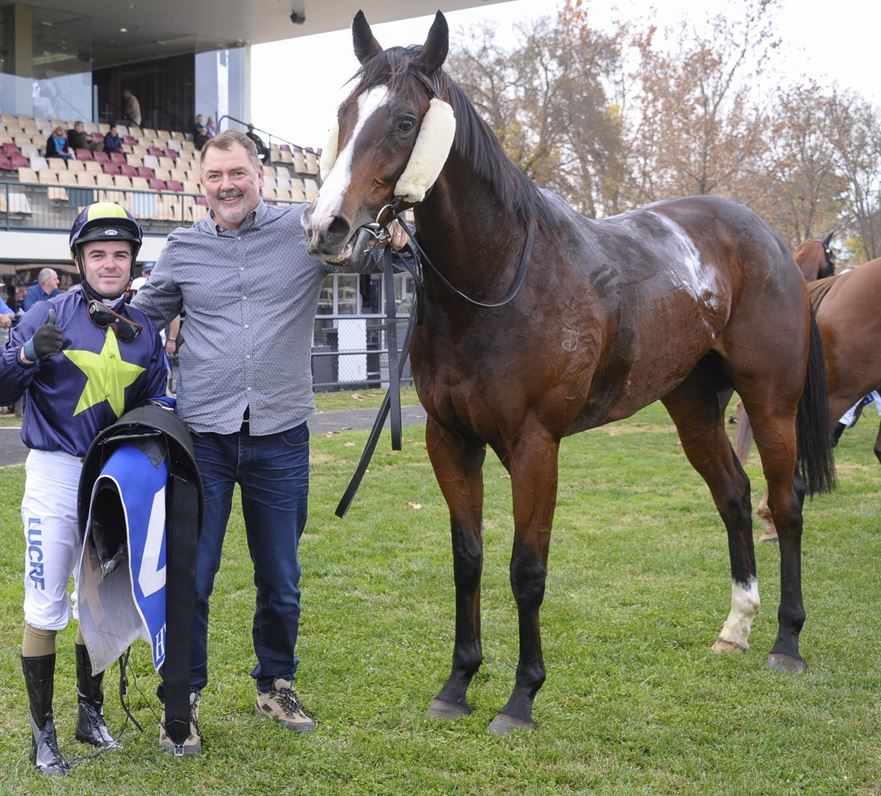 Smith hopes to fill the quinella and believes both are in peak form to test the second favourite, Dambulla ($2.40).

“I have only had one starter over 3200 metres before and things didn’t work out well that time,” he said.

“I think they can both be competitive and hopefully they fight out the finish.”

“I like a challenge as a trainer and this race is that. There aren’t a lot of races around in the country run beyond 2000 metres too often so it’s a good opportunity for horses who like a bit of distance.” He said.

“Hilltop Hood won well at Wagga last start and it was the first time he has led in his life. Hello China has won a couple of decent races at Wagga Cup carnival time at Wagga and will settle back and then hopefully finish over the top of them.”

Smith feels the key to success will be the knowledge his two jockeys, Nick Heywood (Hilltop Hood) and Shaun Guymer (Hello China), have regarding their respective mounts.

Guymer has ridden Hello China in half of his 38 starts for four of the horse’s seven wins. “Hello China also races well at Wagga where he has won three of his five starts,” he added.

Hilltop Hood won the lead-up race over 2500 metres at Wagga defeating Everly Girl on a slow track and the track conditions on Friday will be similar.

It won’t only be Smith with a keen eye on his duo, but also the Two Stubbies Racing Syndicate and Ben Sammut who have a share in each. Smith added there is plenty of sentiment attached to Hilltop Hood whose part-owner Peter Sharp died last year.

“We raced Hilltop Hood’s dam and I raced his grand dam,” Smith said. “Hilltop Hood has natural talent and will probably lead again, while Hello China is a competitor and tries really hard.

“Hilltop Hood was brilliantly ridden by Nick Heywood when he won last time and was pretty dominant.”

Despite having two strong chances in the opening race, Smith is mindful of his rivals especially Dambulla which has been placed at his past two starts at Warwick Farm and Newcastle.

Hailing from the powerful Ciaron Maher and David Eustace stable at Warwick Farm, Dambulla will also have the services of the region’s leading jockey, Blaike McDougall. Dambulla hasn’t won in ten starts since his last success more than 12 months ago.

Smith is just excited to have his duo racing against each other for the first time: “They both need the distance and it would be a great thrill if they could fill the quinella,” he said.