Trainer Hopes To Continue "Best Season In 20 Years" At Tamworth

If veteran Moree trainer Peter Sinclair is 'airborne' with a career-defining five wins at home recently, continuing a conveyor belt of success this season and last, the hardened bush horseman always keeps it in perspective into Tuesday’s Tamworth TAB meeting.

“Last season was my best in over 20 years, this one might be heading the same way, but I know how fast the wheel turns - it can drop you on you’re backside, quicker than putting you on top,” Sinclair said. 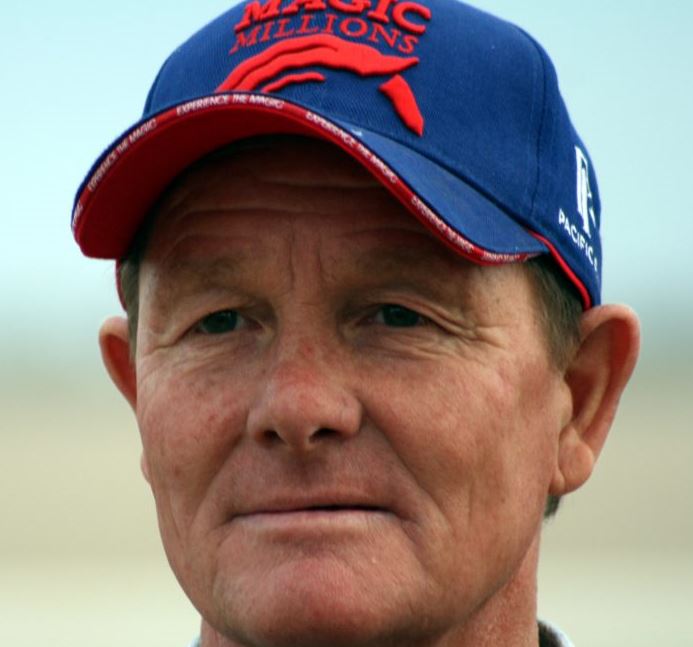 Trainer Peter Sinclair - his stable has been flying. Image by Bill Poulos

“I’ve been training and riding long enough to know, I’ll never see ‘five’ in the one day again I’m sending around a couple in their right races as good as I can get them,” Sinclair said.

“Samphire Hoe is a really progressive filly, the way she put two together for us straight away, had me wondering why they offloaded her.

“But her connections also had runners with the Edmonds. The way it is, if they don’t indicate city grade, they’re moved on real quick and she did come here as a six-start maiden.

“Look, early days but after she broke through she didn’t just take the next step, she put a margin on them and ran time.

“So every reason to think she’ll win better races and get further. The plan is a spell after this and let her develop.”

Samphire Hoe contests a Heat of the Rising Star Class 2, 1200m with 54kg, less a half kilo claim for apprentice Clayton Gallagher.

“Clayton’s ridden a stack of winners around here and in Queensland, he's in form and happy to have him aboard.

“And she’s a little better off at the weights than her last win. I like her without being overconfident, there’s decent form in the race.”

“We’ve had this mare for just the one run and it suggested she’ll break through sooner or later.

“The form says this is a winnable maiden, she’s lightly-raced, drawn and can show pace. My other runner Master Cramsie is a real good horse, seven wins says that, but likely they’ll go too quick for him, his best form is over further.”

At present Tamworth race on a good 4 track rating in overcast conditions.