Trainer Hopes Perseverance Can Be Rewarded At Corowa (Tuesday)

It was the comeback trainer Wayne Carroll was never quite sure would eventuate, but he now hopes Sumdeel can deliver on her potential when she resumes racing at Corowa on Tuesday.

The mare has been plagued by injuries and health issues which Carroll felt could have spelt the end of her career before it ever really commenced. 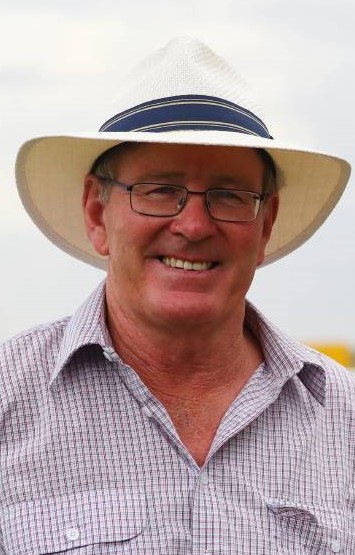 Sumdeel has only raced four times in the past 12 months and will be one of three runners Carroll and jockey Brodie Loy will combine with at Corowa.

To say it has been a long wait with Sumdeel is an understatement as she was purchased as a yearling with high hopes and so far she has been able to produce one win from 10 starts.

That one victory in maiden grade at Wagga in April of 2020 proved to Carroll and connections she was up to winning more races, but setbacks have kept her quiet for long periods.

She only raced once last campaign for a third at Albury in March before ongoing problems forced her out again, but this time it appeared to be for good.

“She suffered an injury in a paddock accident and I thought she would have to be retired,” he said.

“She has plenty of ability so it was just perseverance to get her back and she is as good as gold now.

“I have never had her perfectly right, but she is now and is fully matured so this (campaign) is her go.”

Sumdeel, a daughter of Dundeel, will start over 1300m in the Naughtin Developments Benchmark 58 for fillies and mares.

The five-year-old has drawn wide and Carroll believes this will allow her time to settle and finish off strongly.

Race fitness is against her, but Carroll feels there are better things ahead for the lightly raced mare providing she stays in one piece.

“I have always liked her. She is going to be better over a bit more distance so this is a nice start off race for her,” he said.

“She has had some other health issues which have required treatment and she now seems fine so there have been a lot of little things go wrong with her.”

The topweight Away She Goes has finished second at her past two starts at Wagga behind Nic’s Hero at big odds and will be having her first start for five weeks.

Her stablemate Tycoon Tilly has finished third at her past two starts and is another of the main dangers along with Pay The Deeler. Her trainer Phil Sweeney will have four runners in the race and nine for the meeting.

Meanwhile, Carroll will also have last start Wagga winner Miss Elsie May and maiden galloper Tutus and Twirls racing. Miss Elsie May has raced three times first-up for two wins and a second and will be having her second run this campaign in the Hazel Park Racing Class 2 (1000m).

The early favourite Nephradiva is likely to be scratched after drawing wide just inside of Miss Elsie May.

“Her first-up win was very good and she is well suited to 1000 and 1200 metre races,” Carroll suggested. “Her half-brother Just Business is the opposite and races best over a mile to 1800 metres.

“She is going to need a lot of luck from the wide draw, but she is well within herself and if she runs up to her last effort she is a good chance.”