Trainer Has "Always Had The Walcha Cup In Mind"

Stitt has won a 1440m Walcha Cup too (Fun Road) as well as a Ron Martin Memorial Maiden (with Stylish Mist) over the 1000m, so he knows what it takes to swoop on the main races at the iconic Walcha track.

Blinkin Artie is coming off a last start win, the gelding son of Artie Schiller winning over 1300m on his home track on January 21 when he sat third and fourth before swooping on the leaders for a sixth career win in 24 starts. 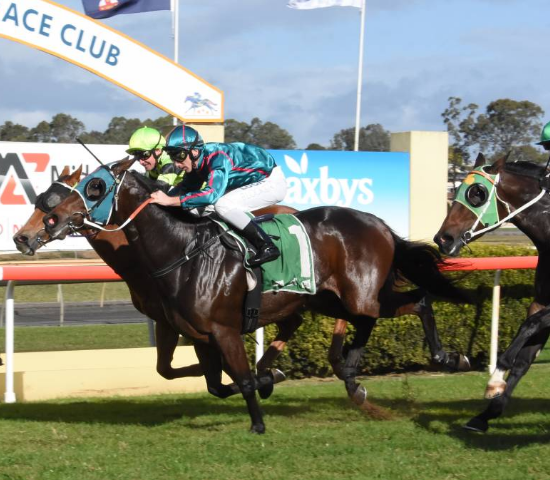 “We’ve always had the Walcha Cup in mind third-up. He’s a very sound horse, size is his biggest problem, he’s not real big.”

Ross won the Walcha Cup in 1988 with Fun Road, like Blinkin Artie, an on-pace runner.

"That’s what you have to have at Walcha," he said. “Fun Road won it in for me in the late ‘80s and then we won the Ron Martin Maiden in about 2005 with Stylish Mist,” he said. “Walcha has been good to us.”

Blinkin Artie was owned and raced by Ross’ brother-in-law, Errol French. Sadly, he passed away recently and now the little gelding is raced by Ross and longtime friend Kerry Hollis: “Kerry’s daughter Amanda works for me, she’ll be strapping Artie on Friday.”

There is also another Blinkin horse running at Walcha – Blinkin Snazzy. Sue Grills trains Blinkin Snazzy, a four-year-old daughter of Big Brown who has won once in 22 starts for her.

Sue also trained for Errol for a number of years and another of his Blinkin horses – Blinkin Fast – won at Dubbo last Sunday for a new group of owners including apprentice jockey Wendy Peel’s mother and Kim Newling, who works for the Westpac Rescue Helicopter Service in Tamworth.

Blinkin Snazzy will run in Saturday’s $8000 Production Pasture Solutions Nivison Cup, a benchmark 50 handicap over the 1440m Cup distance. She as fifth at Deepwater last time out.

“The Cathie Brennan Memorial Meeting has held up very well,” he said of the five, good fields for Saturday. “They are better than we usually get for Saturday’s second day. We even have three Queensland horses coming down for the meeting.”