Wily veteran Wayne Hudd has experienced every aspect in racing, educated by the best, and he offers convincing form lines with rising three-year-old Pauldron, advantaged on home turf at Goulburn’s TAB meeting on Friday. 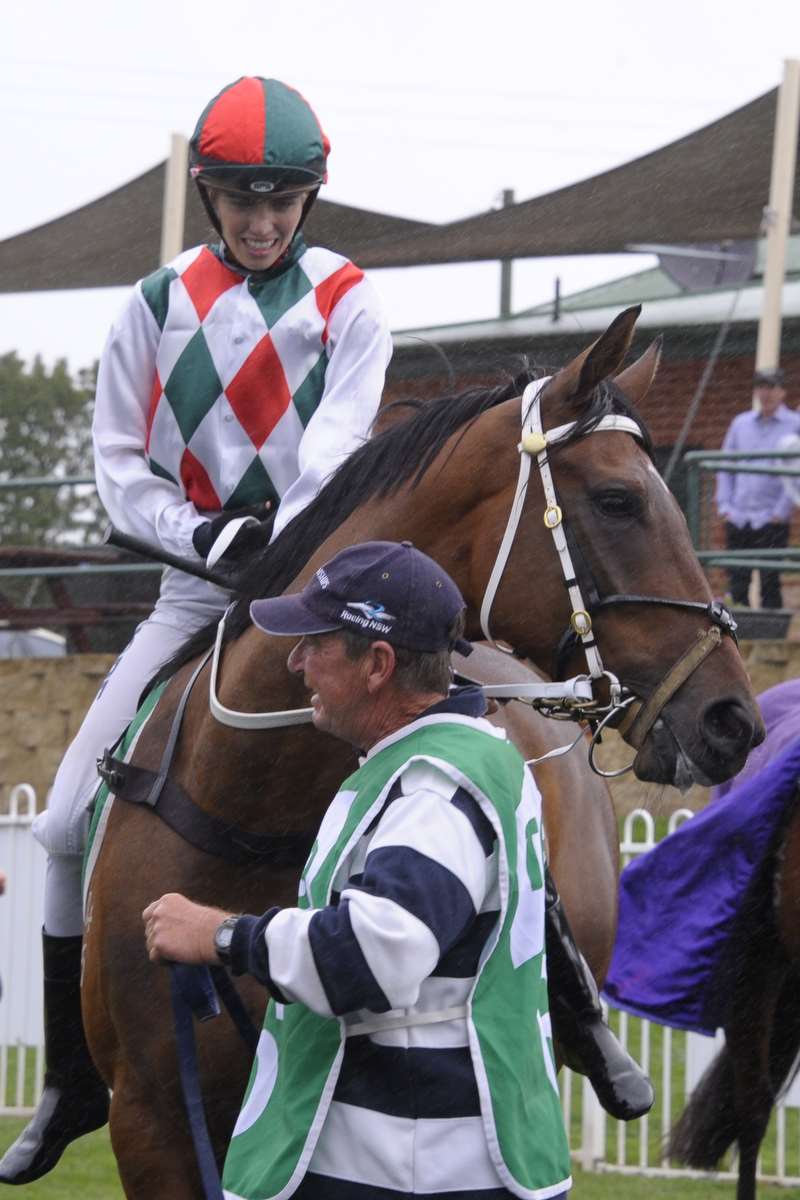 Kayla Nisbet aboard Pauldron before a race at Goulburn. Image by Bradley Photographers

Wayne started as a stablehand before and after school at Yass, then he progressed with the profile city stables to trackwork rider, pre-trainer, picnics jockey, the odd stint as a foreman and barrier attendant.

A serious track accident at Yass picnics resulted in Wayne retiring from race riding and making a natural progression to training a small team in Goulburn and riding his own work.

No better judge at the regionals than Ryan who advised Wayne the dominance of Pauldron’s recent win at Dubbo had TAB Highway written all over it.

So Hudd accepted for Rosehill Gardens on Saturday, pending the barrier draw.

“Greg said he was really impressive in better races, but when we drew wide in a big field, I said to the owners why travel to town for tougher grade with nothing in our favour?“ Wayne explained. “We’ve got a winnable race at home.”

However, rival stables had identical options for what has turned into a 'hot' Benchmark 58, Goulpro 1600m race.

From opposition who seemed to be covered, Pauldron now will be opposed by strong form through Gold Touch, Tag and Release and My Blue Jeans; all dual acceptors, scratched from Rosehill in preference for Goulburn.

Still, the 2.5kg claim for Simone Vella is a welcome relief from the 62kg impost for a lightly-raced youngster in a deep form race.

Pauldron was unextended at a prohibitive $1.85 winning a 1600m Class 1 at Dubbo.

“He won by ‘near four’ and he’s only had the five starts,” Wayne enthused.

An upcoming Highway remains a priority if Pauldron, an Epaulette three-year-old gelding, runs up to expectations at home.

Pauldron is drawn ideally in barrier two with 59.5kg after Simone’s claim.

Pauldron raced midfield of 14 runners at Dubbo, so will be advantaged in a small field on Friday and ‘weighted’ to close strongly again.

At present Goulburn is rated a soft 7 racing surface with overcast conditions.