Eight consecutive top-three finishes and wins at her past two starts has Victorian mare Charm Wing at the top of her game for the MTC Ladies Day May 29 Class 3 (1200m) at Wagga on Tuesday.

Charm Wing has only raced eight times for two wins, three seconds and three thirds and her trainer Jamie Scott will make the four-hour trip from Seymour confident she will again be competitive as she continues to step up in grade.

The five-year-old only commenced racing in April last year with three consecutive placings before being purchased by clients of Scott where she has maintained her consistent record with a second, third, second and two straight wins at Albury. 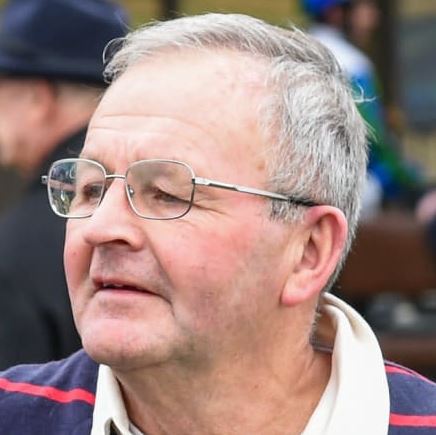 Scott trains six horses at Seymour, but spent two years at Cootamundra some 30 years ago before moving to Victoria to become stable foreman for the late, Geoff Murphy.

The 71-year-old believes the conditions of the race are ideal for Charm Wing and is prepared to travel a fair distance if it means winning.

“The opposition is still hard no matter where you race. It’s a nice race for her and she hasn’t gone backward since her last win,” he said.

“I wouldn’t be travelling that far to make up the numbers and I think she can run well again because she is very determined. She has toughened up as she has gone into this preparation and it’s hard to fault her form.”

Charm Wing, who will be ridden by John Kissick, put a gap on her rivals in the final stages when winning her maiden at Albury then she jumped a grade and did her best work late to win by more than a length on February 26.

“She does have a very good finish. I don’t bring many horses up that way these days but it’s an ideal race and she is in good form to run well,” he added.

Scott was hoping to start Charm Wing at the Albury Cup carnival in two weeks, but with no suitable race he looked further afield: “We are in the last race as well, but if you win it makes the trip home go a bit faster,” he suggested.

The four-year-old was beaten two and a half lengths in a much tougher race than what he faces on Tuesday.

Albury galloper Scout has been placed at three of his past five starts and is also well placed to break through. The gelding ran second at Albury at his latest start with the same weight – 61kg – as he will carry on Tuesday.

Scout is nearing $200,000 in prizemoney which he has accumulated from wins in Queensland and close-up finishes in races such as the Group 3 Vo Rogue, Magic Millions Guineas and a second in a $250,000 race just over 12 months ago.

Meanwhile, last start Newcastle winner Whiskey Jack will have his first start for new trainer Todd Smart in the XXXX Gold Benchmark 66 (2000m). The race is a heat of the Wagga Stayers Series with three last start winners in the field of eight.

Whiskey Jack won over 1900m at Canterbury in December to break his maiden status and at his last run for former trainer Matthew Smith was successful over 2320m at Newcastle. He hasn’t raced for five weeks and is expected to prove difficult to beat on what he has shown to date.

Just Business is in career-best form with impressive wins at his past two starts, while Defy toyed with his rivals winning at Wagga two starts ago. Mahsinger bolted in to win her latest start at Albury and is another of the chances, while Room Number wasn’t far away when fifth last start which followed a win three starts back.