Casino trainer Stephen Bennett expects to see a much better performance from last-start failure Exclusive when he returns to a firmer racing surface at Grafton on Monday.

A dominant winner at Grafton two starts back on July 11, Exclusive is coming off a disappointing effort as the $4.60 favourite when 11th of 16 runners behind Galway in the $50,000 Merv Mercer Showcase Mile (1600m) at the Coffs Harbour Cup meeting on August 1.

Bennett put that below-par performance down to the soft 5 conditions at Coffs Harbour that day and expects to see him rebound with a much stronger showing in Monday's Benchmark 66 Hcp (1408m). 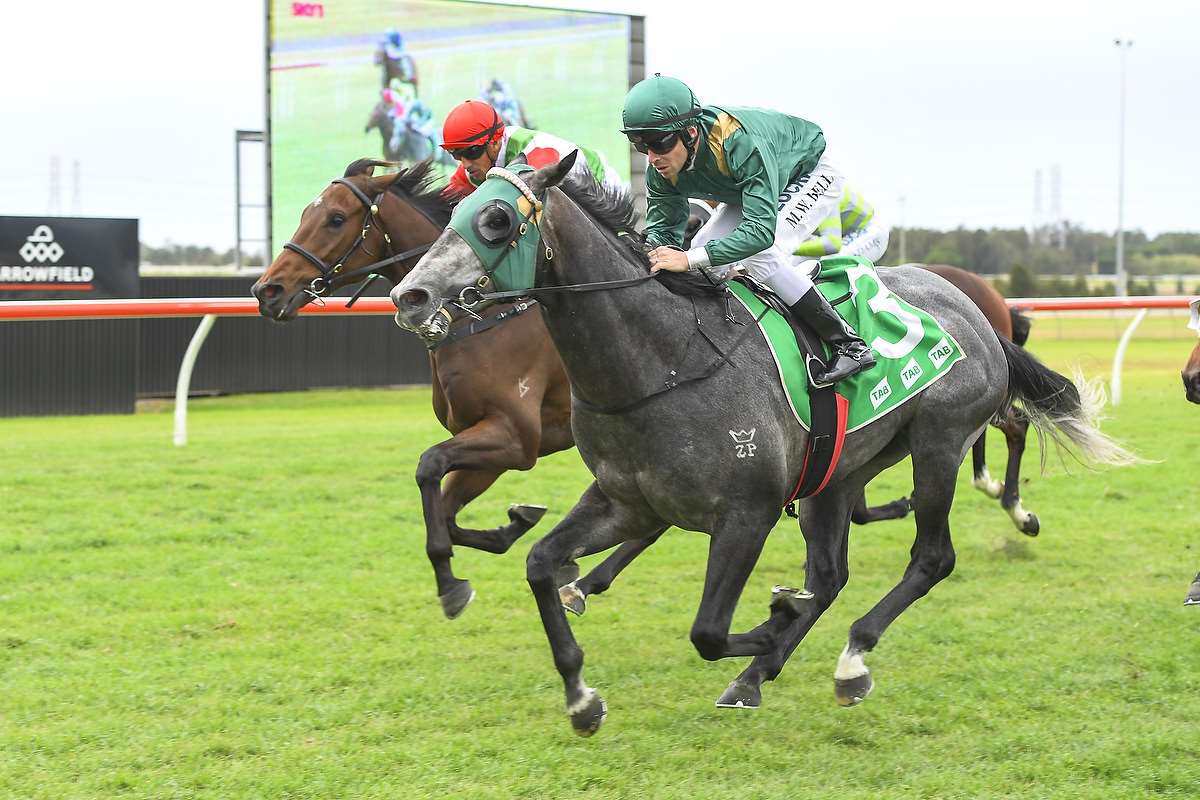 "He was disappointing at Coffs Harbour the other week, but I think that track was a bit 'sticky' and he was held up behind them on the fence which was not the place to be that day. Matt McGuren just couldn't get out wider when he wanted to," said Bennett.

"But his previous win at Grafton was very good and if he returns to that sort of form I expect him to be very hard to beat back on a firm track on Monday."

Exclusive is a fairly recent arrival in Bennett's stable after starting his racing career with Sydney trainers, firstly with Peter and Paul Snowden and then later with Mark Newnham.

He won one race from his six starts when trained in Sydney, winning a Kembla Grange Maiden for the Snowdens in June 2018.

By Written Tycoon out of the Commands mare Talkin' About, Exclusive is a full-brother to Fiftyshadesofgrey, a mare who won five races in her career, including three at Rosehill, and Charity Glory, a four-time winner in Hong Kong.

Exclusive was originally purchased for $230,000 as a yearling but his current owners got him much cheaper when he came up for sale earlier this year.

"One of his part-owners, Leon Sullivan, was a member of the large syndicate that raced Exclusive when he was trained by Mark Newnham and was interested in buying him when he came up for sale earlier this year," said Bennett. "The horse has already paid for himself in just the four runs for me."

Exclusive had his first start for Bennett at Coffs Harbour on June 21, carrying 62kg when second to the in-form sprinter San Marco in a Benchmark 68 over 1005m. He than ran fifth off a wide gate behind Mighty Mittere in a Class 1 over 1206m on a soft6 at Grafton on June 30, but broke through at his next start when he powered home from back in the field to down Buffalo Girl by 2.25 lengths in a $40,000 Class 1 over 1400m at the Grafton Cup meeting on July 11.

Exclusive's win was part of a fruitful Grafton Carnival for Bennett, who also won a race with $21 outsider Toffee Drop at the Maclean Cup meeting on July 14.

"They are the only two horses I have in work at the moment so it was a pretty good result to have them both win during the July carnival," said the trainer.

"Apart from his Coffs Harbour failure, Exclusive has raced well in his other three runs for me. He ran into San Marco first-up and that horse then went to Randwick to win a Highway at his next start."

Exclusive's main rivals in Monday's race could come from north of the border in the shape of Gold Coast-trained gallopers Nothing Needed and They Call Me Rose.

The Michael Costa-trained Nothing Needed is coming off a strong first-up win in a 1300m Class 1 at the Gold Coast on August 3 and looks hard to beat if the stable elects to run at Grafton rather than at the Sunshine Coast on Sunday. Costa has booked 3kg-claiming apprentice Emilly Atkinson for the Grafton ride where Nothing Needed will carry 53kg after the allowance.

The Trevor Whittington-trained They Call Me Rose rarely runs a bad race when she heads down to Grafton. From 10 starts at the track, They Call Me Rose has won four races and been placed another three times. All four of her Grafton wins have been over the 1400m.