Impressive dual TAB Highway winner But I Know is racing short of her preferred distance range at Dubbo’s booming BOBS bonus TAB meeting on Friday, but still has plenty in her favour at value odds, according to astute Taree trainer Ross Stitt.

In increasing rain, Dubbo has attracted capacity fields for an eight-race program with the strongest regional stables converging for lucrative breeding incentives and prizemoney. 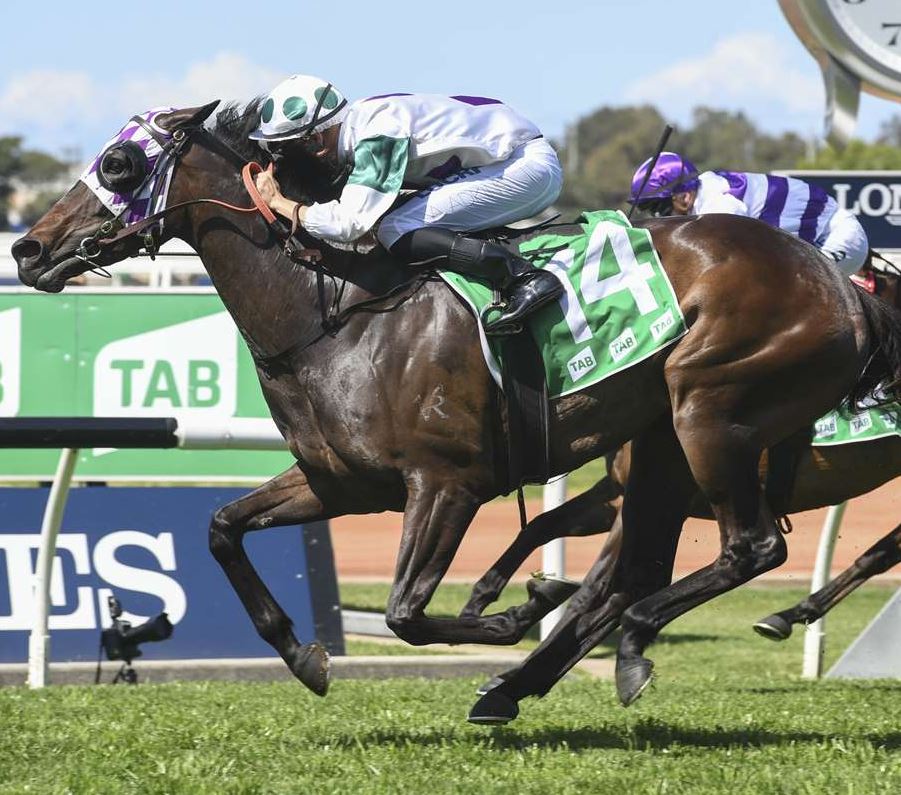 But I Know (Andrew Adkins) scores at Rosehill Gardens. Image by Bradley Photographers

But I Know has 59kg topweight for stable rider Brooke Stower contesting a rich BOBS Gold Bonus (1400m) with incentives of up to $112,000 for connections.

“That’s why we’re here - she wants further but I think she’ll win better races, eventually a Country Cups mare; so she’ll be hard to beat in a class 3,” Stitt enthused.

When the So You Think four-year-old mare was dominant winning TAB Highway races over 1800m at Royal Randwick and 1500m at Rosehill Gardens last preparation, Stitt set her for the Country Championships.

And at 1400m she was a super fourth in the MNC Championships leg at Taree three weeks ago to Jenny Graham’s Magnalane, and is way back in grade on Friday in a Class 3.

And second-up, Stitt still has kept her fresh enough for 1400m on Friday.

“She won her maiden on a heavy so if the track is playing that way, it’ll suit her; it’ll be a testing 1400m so she’ll be strong again.”

In a big field, But I Know is certain to be conceding a start but Stitt says here pattern will remain the same: “We’ll go back again, we’re drawn out.”

As conditions deteriorate, But I Know could be advantaged with some key opponents also nominated elsewhere.

Kris Lees has accepted with Power of Wexford and Enchanted Heart, heading the betting.

“Power of Wexford will start, Enchanted Heart is also in at Hawkesbury - we haven’t finalised a decision there,” Lees explained.

Meanwhile, the big watch is on Kembla’s Gwenda Markwell, in rare form and making a rare trip to Dubbo with the BOBS incentives on offer.

The multiple Kembla premiership winner trained a late race trifecta at her home track on Tuesday and was runner-up in three earlier races.

At present Dubbo is rated a Heavy 8 track with clearing showers forecast on Friday after receiving 40mls of rain during the past 24 hours.