Trainer Believes Her Pair Can Fight Out Finish At Wagga (Thurs)

It has been a winless racing campaign for stablemates Defy and Zarafah but that could change in the Steel Guards Benchmark 58 Handicap (1800m) - a heat of the Wagga Stayers Series on Thursday.

Defy ($8.50 on TAB) and Zarafah ($3.30 favourite) have the right recent form to fight out the finish with leading jockeys John Kissick and Blaike McDougall aboard.

Defy has raced seven times this campaign without success and also has to contend with topweight of 61kg and the outside barrier. 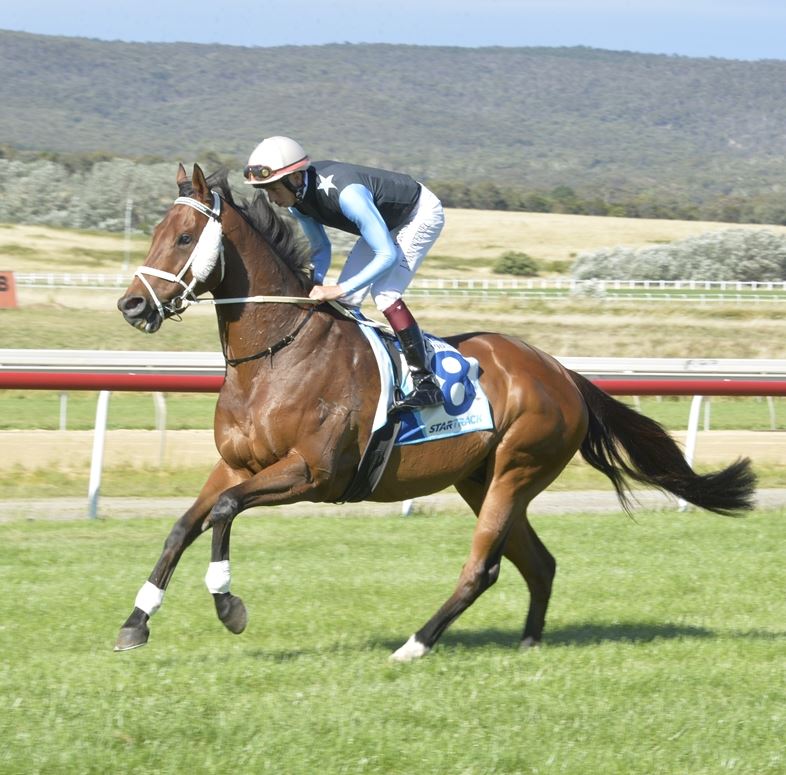 Zarafah has only won once from 17 starts in her career, but has been close-up in all of her recent outings which includes a fourth and sixth in two Highway Handicaps and a last start second at her home track of Goulburn.

Co-trainer Emma Longmire, who prepares a large team of horses at the Goulburn track including impressive last start Wagga debut winner, Huxton Creeper, hopes the race can go the way of one of her representatives.

“Defy does love racing at Wagga and the long straight suits him and has helped him build a good record there,” she said.

“He will probably go back at the start from the wide draw and be ridden a bit more conservative so he can finish off strongly.”

Defy’s Wagga record is superior to his overall record with two wins and three placings from six starts at the course.

Zarafah has the recent record to win and Longmire is hopeful she can leading into a longer distance race at Kembla Grange a week later.

The mare will break through $50,000 in prizemoney with a top-four finish and she appears to be the best chance of the duo on recent form.

She has been unable to win in nine starts this preparation, but some of her displays have been strong enough to win in this grade.

“Her two Highway starts were in Class 3 events and much stronger races than what she faces on Thursday and she is only a Class 1 horse,” Longmire added.

“They will both need a bit of luck from the draws and I really can’t split them – hopefully one of them wins after both haven’t had a lot of luck at times trying to win another race.

“It’s not ideal running them in the same race, but the distance of 1800 metres and class of race is suitable for both of them.”

Distillate has been impressive winning consecutive races – the first by a big margin at Gundagai before just lasting to hold on at Nowra. Possessed with plenty of speed to be able to lead, Distillate has drawn the outside alley in the eight-horse field.

Distillate has only raced twice for leading Canberra trainer Matthew Dale after doing her previous racing in Adelaide early last year. Waters’s 3kg allowance will bring Distillate in with 55kg.

Prince Aurelius won last start at Queanbeyan to make it two career victories from seven starts for Kembla Grange trainer Tyrone Coyle. The four-year-old is the only horse Coyle has racing and was also his first starter and winner when successful last preparation.

The other bright prospect for Waters is last start Wagga runner-up, Stand Your Ground, for trainer Norm Gardner. The four-year-old has had 14 previous attempts to try and break her maiden status, but after an encouraging first-up second she may be able to go one place better in a race where there are plenty of chances.