Torrens Set To Claim The Title At Port Macquarie

After breaking his maiden status at the Gold Coast and a decisive Murwillumbah victory recently, Torrens looks set to provide the testing material in the Programmed Property Maintenance Handicap as the summer carnival continues at Port Macquarie this Friday.

Astute Ballina trainer, Ethan Ensby, turned the Armidale colt out following an initial barrier trial performance at his home track in February after being beaten under three lengths by Wakata.

Following an encouraging trial placing at the Coast in August, Torrens debuted under race conditions at that track a fortnight later with a narrow victory over Pilote before accounting for Legs Unbarred at Murwillumbah in late December. 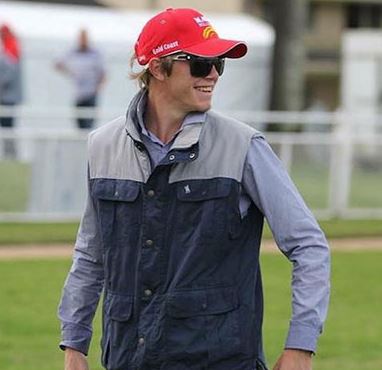 With an unblemished record from two starts and characteristics indicating the 2012 metre distance of the event would be suitable, the stage is set for Torrens to continue his winning way.

Further confidence is provided with the engagement of non-claiming apprentice, Noriyuki Masuda, following his consistent association with the son of A Little Knowledge over a short career.

The obvious danger seems to revolve around Genghis Khan with the Jason Deamer trained gelding placed on two occasions since saluting at Taree a month ago.

The son of Cape Bianco stepped up in distance and lost no admirers with a tidy placing behind Expiredtime at Scone a month ago and the appointment of Samantha Clenton adds a great deal of confidence with the popular apprentice enjoying a stellar riding period.

An enticing program for punters commences with a Maiden Plate and many question marks regarding a group of unraced fillies who have been performing well in preparation.

Exposed form centres around the Marc Quinn trained galloper, Pennyweight, following an encouraging second behind Sequential Star at Coffs Harbour two weeks ago while Kid Mac has been performing soundly.

The Kim Waugh stable invariably leave the mid coast track with success and have Minifinn engaged while Our Cath and Sister Ellie are also debuting following solid trial performances with form students encouraged to analyse betting transactions in assessing their chances.

Da Power looks set for a successful racing resumption in the Woodbridge Glass Benchmark 66 Handicap following steady barrier trial efforts for the Kris Lees stable since his last start failure at Ipswich while the clash between Razano, Hard Lady and Hubble look set to dominate the following event.

Red Light Dancer has gained great confidence with two barrier trial victories at Wyong and Beaumont over the last month since scoring in maiden company at Cessnock in July and will provide the fiercest challenge in the final race on the card.

The eight-race program commences at 1.15pm with all the excellent trackside facilities in full operation to cater for the holiday crowd anticipated. Punters will have full Sky Racing and TAB coverage on the local card together with the Gosford twilight meeting and corresponding venues around Australia.

The next meeting to be conducted at Port is the Queen of the North Handicap day on Friday 24th January with nominations for this time-honoured eight race program closing on the Monday prior at 11am.

Many fine fillies and mares have won this prestigious event over the years including Heavenly Glow, Leviosa and Al Nova on two occasions with a strong field ready to contest for the lion’s share of the $60,000 overall prizemoney on offer.