Champion Sydney jockey Tommy Berry took only one ride resulting in a win with Hogmanay ($4.20 into $2.70) in the $100,000 Stacks Law Firm Taree Gold Cup (2000m), because he wanted to mix 'pleasure' to his visit before and after the race on Sunday.

He promised to see his nan, Pat Berry, in Manning Base Hospital before the race and then show her his cup after the race. 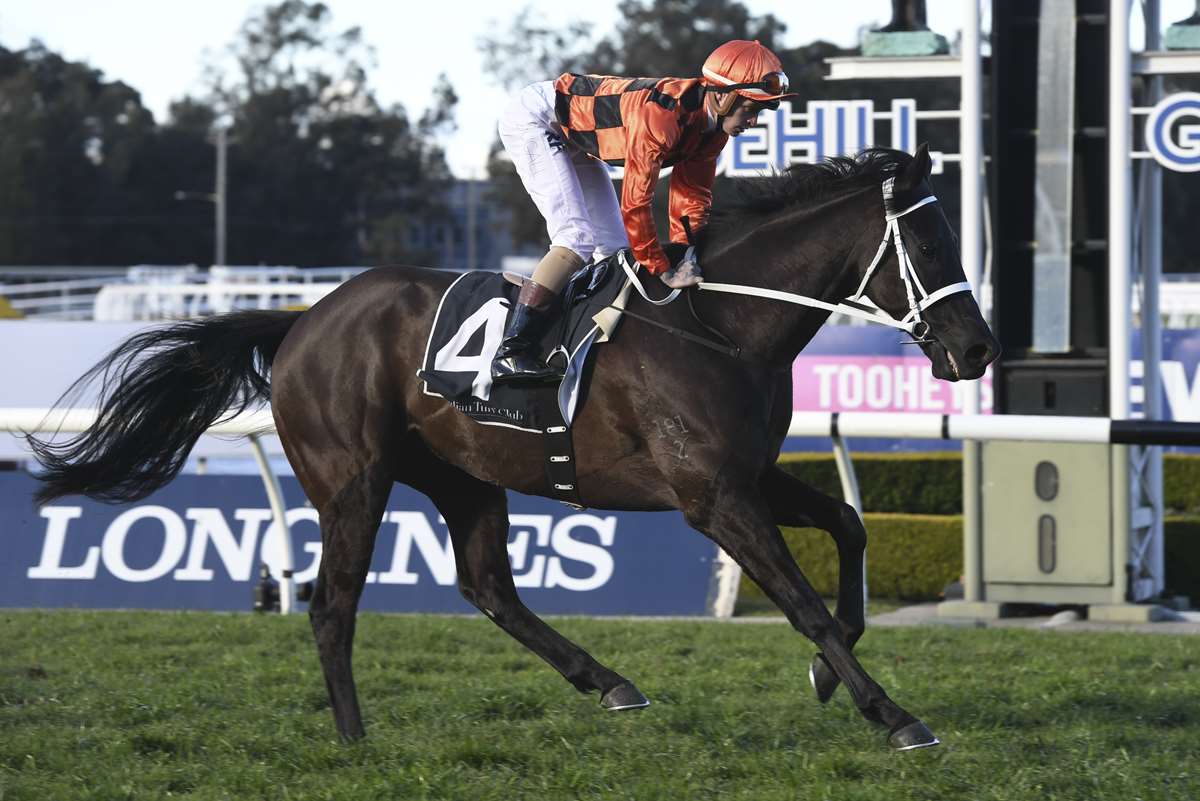 Berry and his dad were cheered by a large group of relatives, mainly from the Manning district, after Hogmanay was given a peach of a ride by Tommy to give champion Sydney trainer Chris Waller his first Taree Cup.

On hand to handle the syndicate of 19 owners was Richard Callander, son of former top turf journalist and head of the syndicate Ken Callander, who said that seven-year-old Hogmanay would now head for the $160,000 Wyong Cup over 2100m on September 8, the win making the gelding exempt from ballot.

Richard said another part-owner, Australian cricketer Steve Smith, had kept in touch about his horse, even texting him after the vicious ball to the neck incident in the Second Test in England: “He texted me six or seven times even after he had the injury.”

Richard said his dad had been good for racing, and "there is nothing better than country racing."

Berry always had Hogmanay travelling sweetly just behind the pace and gave it head entering the straight to score by just under a length from Newcastle trainer Kris Lees’s Mongolian Wolf ($5), with a nose back to Port Macquarie gelding Cogliere ($20), trained by Marc Quinn, which is now being aimed towards the $200,000 Port Cup in early October.

Manning Valley Race Club Chairman, Gregory Coleman, at the presentation paid tribute to Waller’s support of the cup and that of Tim and Justin Stack for their sponsorship.

Berry said the track was a favourite of his, thanked the support of his extended family, and signalled out his father, John, by what he was wearing in the grandstand as he was too shy to be trackside.

Unfortunately, apprentice jockeys Jacob Golden (Let’s Rebelle) and Jenny Duggan ($3.80 favourite Bellastar) were tossed from their mounts and were taken to hospital as a precaution after an incident near the turn of the $50,000 TAB Country Magic Benchmark 66 Showcase Handicap over 1250m.

The race was won in dashing style by 1.5 lengths by Taree five-year-old gelding Casino Mondial ($14), which was resuming for trainer Michael Byers and was ridden by Coffs Harbour jockey Raymond Spokes.

Byers said his galloper was in the paddock with a virus and now back to its best could find a suitable mid-week race in Sydney as its next start.

Riding honours for the meeting went with jockey Robert Thompson with a winning double on Oh So Hot ($4.20 to $2.70), trained on the track by Ross Stitt in the $40,000 XXXX Gold-Eddies Fresh Chicken Country Maiden Showcase Plate over 1400m, and on Wyong mare Luddenham Lass ($4.20), which made it two wins in a row at the track for trainer Jeff Englebrecht in the $30,000 Kennards Hire Taree Benchmark 66 Handicap over 1600m.

Oh So Hot, owned by Stitt and Doug Maclean, of Kendall, finally lived up to its form as a youngster when beating home subsequent big race gallopers before injuring a leg.

“She was always going to win today ... a progressive filly which worked a treat on Tuesday,” Stitt said.

Newcastle jockey Andrew Gibbons grabbed a bit of spending money for a trip to New York this week when a nose verdict went to Wyong gelding Contal Maison ($2), trained by Allan Denham, in the Manning River Times 3YO Maiden Showcase Plate over 1000m.

He made it two wins in a row with a last-to-first ride on Gosford mare Lightning Ally ($3.20), trained by Kylie Gavenloch, in scoring by a neck where the first four over the line were within a half-length of one another in the Prime 7 F&M Class 1 Showcase Handicap over 1250m.

Hawkesbury gelding Red Notice ($12), trained by head owner former Randwick trainer Bob Thomson’s son, Jamie, and ridden by Jay Ford, scored by a half-length in a new record for 1000m in the $35,000 Taree Kia Manning Lightning to make it two wins at the track from its past two runs.

Another to make it two wins in a row at Taree was Gosford gelding Django Unreined ($6), trained by Gregory McFarlane and ridden by Christian Reith, in the Taree Leagues Sports Club Class 1 Handicap over 1250m. Perfect track and weather conditions were enjoyed by a bumper crowd.

View the full results with race replays for Taree here