Thompson Laid Up But Has High Hopes At Narromine

Gulgong’s Brett Thompson is laid up with a broken leg, but typical of an enduring country breed, he’s stoically hanging in and focused on Monday’s Narromine TAB meeting.

A contingent of family and friends have rallied to keep his large regional championship stables ticking over since Thompson came to grief riding trackwork last month. 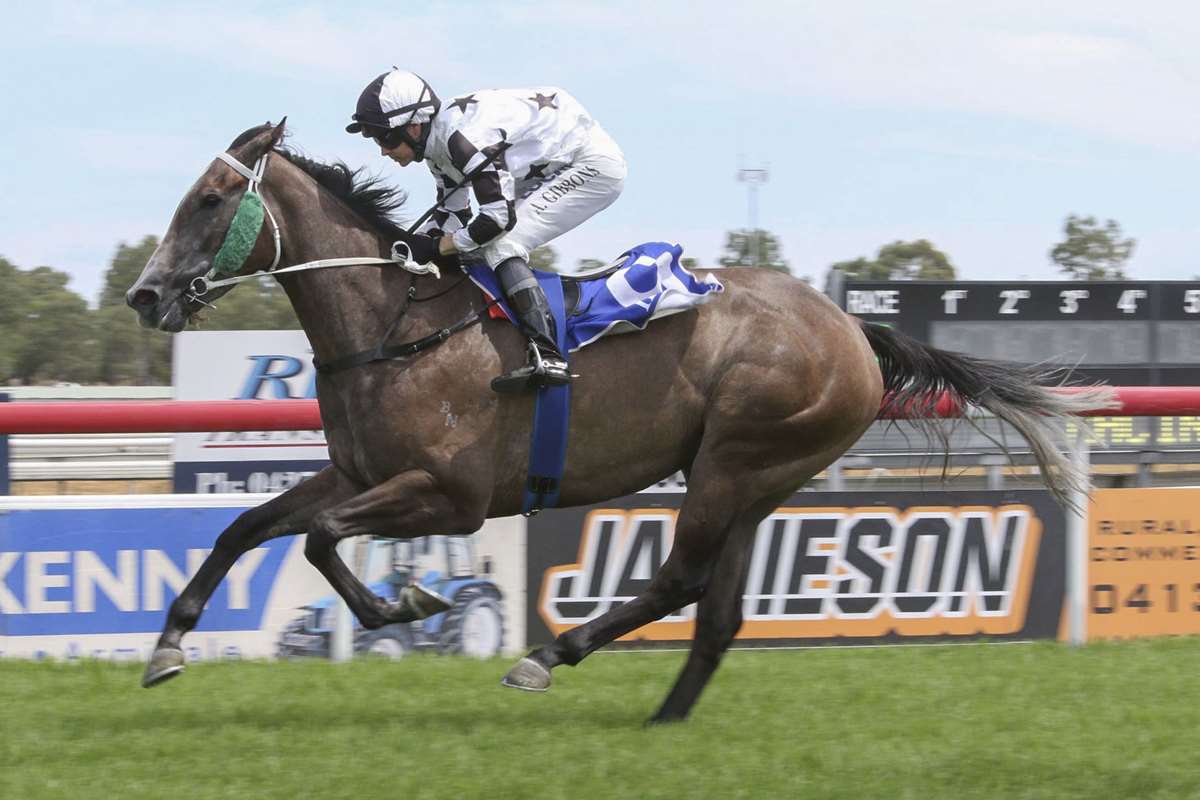 “My three sons ride, they grew up around horses, the stable staff is so loyal, and mates chip in driving our trucks to the races,” Brett explained.

Billy Cray has replaced Greg Ryan who was originally booked for the Buy A Bale Class 2, 1200m after winning by a wide space at Tamworth recently in smart time at $1.70.

Ryan won’t be riding at the meeting having been involved in a race fall at Tamworth on Sunday.

Brett has confidence for a repeat watching from home confinement on TV SKY Racing.

“I can’t get to the track or stables but the boys keep me updated from trackwork. A two-year-old reared and fell on me - I knew I was in big trouble. I’ve had track accidents before.

"We all know it’s an occupational hazard but could have been far worse as we all know with recent tragedies.

“When my ol’ man was educating us on the farm he said if you play around with horses and motorbikes long enough, your luck runs out. But I’ll be back riding eventually.”

“Our filly has the makings of a real smart type - we thought she’d be an outstanding two-year-old. But she had issues and was spelled.

“She isn’t quite there yet, but she was unextended at Tamworth, her work has been exceptional since.”

They’ve planned a “sit” behind former Victorian Pip’s Pick who displayed brilliance to win by wide margins recently over 800m at Gilgandra and 1108m at Bathurst. Drawn inside of Smart Moove (8), Pip’s Pick (4) likely will lead again.

“It’s a well-bred Helmet gelding, originally a maiden with Darren Weir now with Mark Jones in Dubbo - Mark’s a smart operator. Both wins have been impressive.

“The horse had six months off after it’s first run up here so it could have had issues. But it’s back flying and those early Victorian placings stack up in this grade.

“Our filly is really progressive off just three starts. Hopefully, with the right run and a weight pull, we might be a little more solid at 1200m.”

“They’ve won 11 races between them, getting big weights makes them hard to place, but they’ll run us races.

“Sea Lady is a smart mare, suited back in grade and distance from the Quirindi Cup. She doesn’t ‘get’ 1600m, this is her right distance range and she’s won some nice races.

“Attalea is just real tough, seven wins tells you he’s the quality in the race. He’s had a little freshen the key is getting him to settle as he can over race."

Aside from the Thompson-Ryan combination, Dubbo’s Clint Lundholm has compelling numbers and form. And wily Scone veteran Stephen Jones also has value contenders throughout the seven-race program. Narromine is rated a good 3 track in fine weather.