Randwick trainer John O’Shea is hoping it will be third time lucky when he heads to Gundagai on Friday in a bid to win the $100,000 Snake Gully Cup for the first time.

O’Shea has had only two starters at Gundagai race meetings in his training career that began in the late 1990s with both horses filling minor placings in the XXXX Gold Snake Gully Cup (1400m).

O’Shea was just making a name for himself as a talented young trainer when his first Snake Gully Cup runner Dealer was beaten in a photo finish by Supreme Butterfly in 2000. 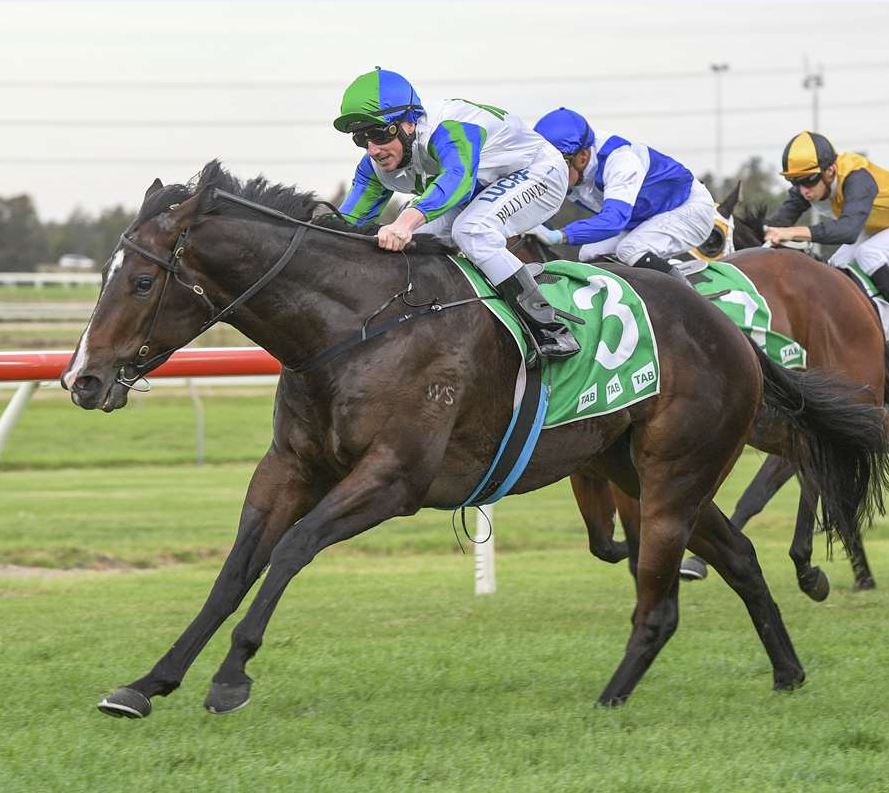 Billy Owen wins on Loved One at Kembla Grange. Image by Bradley Photographers

He didn’t venture down the Hume Highway again until 2013 when his second Gundagai runner Art Thou Ready finished third in the Snake Gully Cup behind Via Facile and Back To Zero.

Some six years later O’Shea is again on the road to Gundagai, lured by the record prizemoney for the famous race meeting with the XXXX Gold Snake Gully Cup offering a six-figure sum for the first time thanks to the increased funding from Racing NSW for country feature events.

O’Shea’s hopes of a breakthrough Gundagai win rest with Loved One ($6.50 on TAB fixed odds), a lightly raced 4YO mare who will be having only her 14th career start but rising through the grades with three provincial wins this season.

She has since progressed to midweek company in the city, earning a shot at the Snake Gully Cup with her third over 1300m at the Randwick Kensington meeting on November 5 when having her second start after a spell.

O’Shea has booked talented country jockey Shaun Guymer to ride Loved One, who is well drawn in barrier three and is certain to appreciate a significant drop in weight to the limit of 54kg in the Snake Gully Gup from the 59.5kg she carried at Randwick.

Guymer has ridden eight winners for O’Shea and a win in the Snake Gully Cup would be a feather in his cap after he enjoyed his most successful season in 2018/19 when he rode 71 winners. He has carried on this season with 23 wins to November 13 to be among the top 15 riders in NSW.

O’Shea is flying the flag for Sydney trainers in the Snake Gully Cup in a field dominated by stables from Canberra/Queanbeyan, Goulburn, Wagga, Albury and Victoria.

Dale is the leading Snake Gully Cup trainer, having won the race three times in its 30-year history, and is seeking win number four with Man Of Peace.

Victorian trainers George Osborn and Craig Widdison are crossing the border with Gasworx and Toorak Cowboy while Goulburn trainers hold a strong hand with Danny Williams represented by the topweight Don’t Give A Damn and Kurt Goldman by the consistent Reckless Agent.

Albury-based Mitchell Beer has the most interesting runner as he produces the imported stayer Perfect Illusion for his first start in Australia.

The 4YO son of Nathaniel won three races over 2400m in the UK and never raced over anything shorter than that distance in al his 14 starts when trained in England by Andrew Balding but showed surprising dash to win a 900m barrier trial Albury on October 26 in his first public appearance for Beer.