Murrumbidgee Turf Club will once again be honouring and celebrating the riding career of former jockey Tye Angland by holding the William Farrer Hotel Tye Angland Medal over the two days of the 2021 Harvey Norman Wagga Gold Cup Carnival. 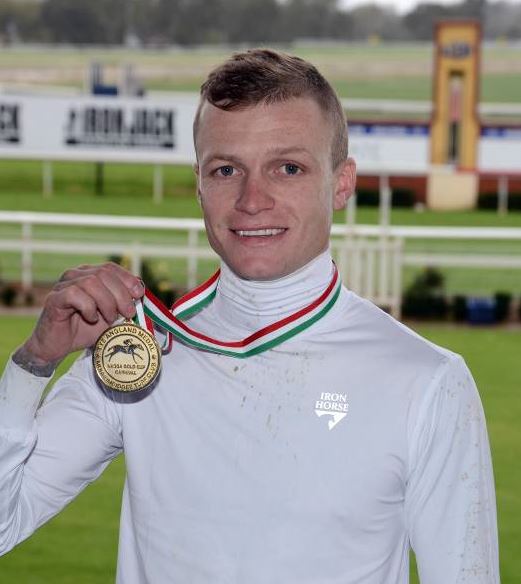 The Tye Angland Medal will be counted the same way as the jockey challenge with both days added together to reveal the winner.

Along with receiving the medal, the winning jockey will also receive prizemoney thanks to the generous sponsorship from David Barnhill and the team at the William Farrar Hotel, Wagga.

Tye will be attending the Wagga Carnival over both days and for the first time will be on course to present the Medal.

MTC's chief executive officer, Steven Keene said the Club is excited to have Tye back on track for the first occasion since his Wagga Gold Cup win in 2018 on Life Less Ordinary.

"Blaike McDougall has had a mortgage on the last two William Farrer Tye Angland Medals and looks to be the one to catch again in 2021," Mr Keene said.

“Some of the senior jockeys from Sydney have confirmed that they are riding over the two days including Tommy Berry and Nash Rawiller - Murrumbidgee Turf Club is confident of locking in a couple more riders ahead of the carnival.”