Nearly $20,000 in donations and grants will enable Moree and District Historical Society to publish a book about the history of bush racing in the Moree district.

Money raised from sales of the book – The Triangle – will be used to help refurbish the old Moree Lands Office on Frome Street.

The iconic building was earlier this year gifted to the society under a peppercorn lease agreement with Moree Plains Shire Council and will be used as a local historical museum. 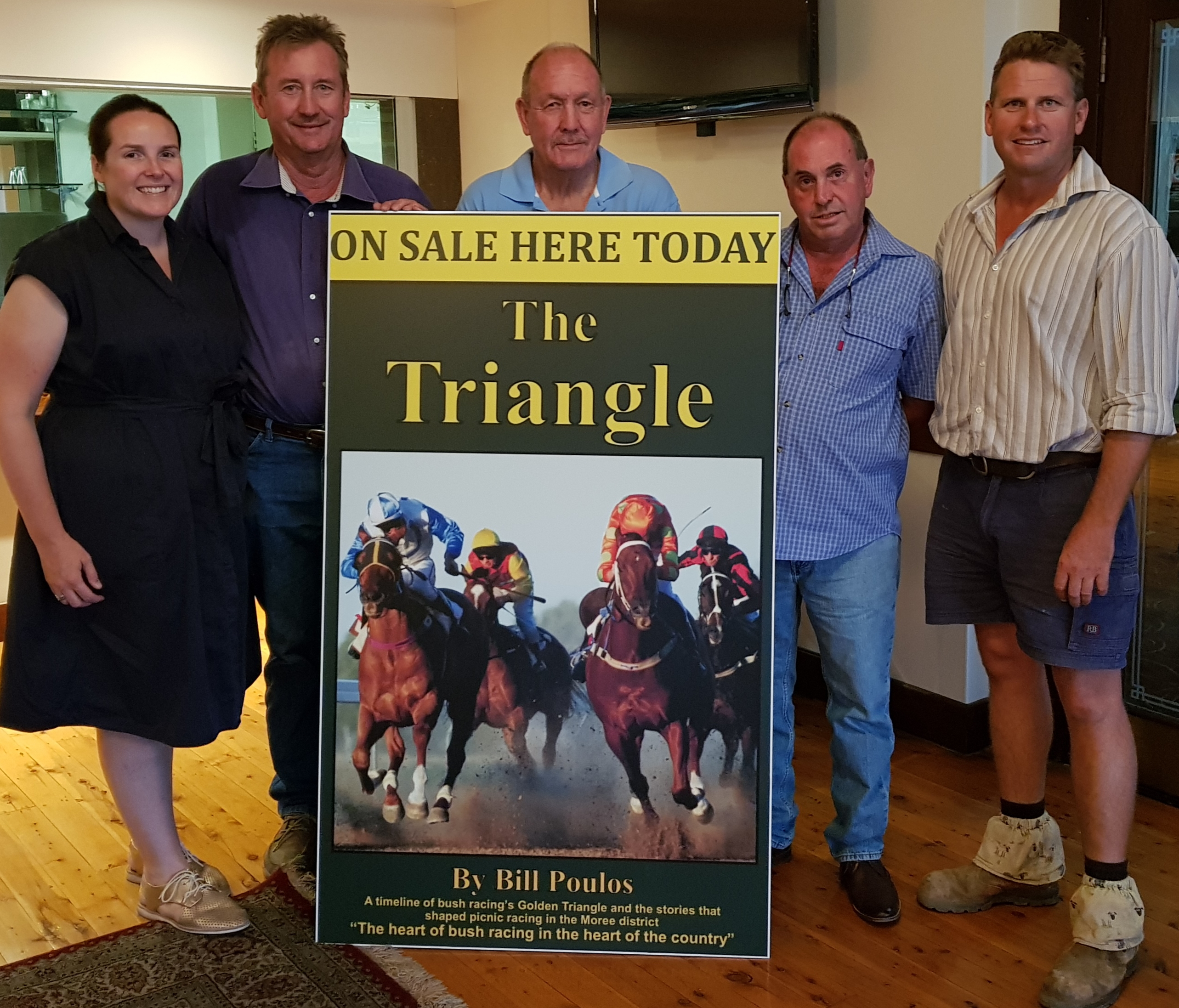 Local golfing’s quiet achievers, The Moree Desperates chipped in $5500 and picnic race clubs at Moree, Mallawa and Talmoi each donated $1500.

Member for Northern Tablelands Adam Marshall also provided $5000 towards the cost of printing and publishing The Triangle.

The book, written by award-winning Moree racing journalist Bill Poulos, chronicles the history of picnic and registered racing in the Moree district in a timeline format dating back to 1865, with entries for every year from 1900 to 2018.

There are also 24 feature articles interspersed throughout The Triangle. The book comprises 71,000 words across 200 pages with a vast collection of images and pictorials.

Poulos said the racing industry in the north and north-west is rich in history.

“Thoroughbreds were floated, ridden, led or sent by rail to compete at towns and villages as well as racetracks on privately-owned properties and land-holdings,” Poulos said.

Many of these race clubs have long since been disbanded, however, racing at Moree, Mungindi, Garah and Mallawa is still vibrant to this day.

“In early years, racing at Boomi, Pallamallawa and Croppa Creek was very popular, with up to six race meetings a year – professional and amateur – at the tiny villages,” Poulos said. Professional meetings were also held at Garah Racecourse.

Many meetings were put together by landholders and civic leaders to raise funds for local institutions and community organisations.

“Many a village hall or community centre was built from the proceeds of bush race meetings,” Poulos said.

Moree Hospital was a major beneficiary and during both World Wars, thousands of pounds were raised to help the war effort and patriotic causes.

“The Triangle is a cracking read,” Newling penned. “It is a deluge of feature stories and well-researched information. The stories will astound and mesmerise, and take the reader back to some fabulous racing days.”

Moree and District Historical Society president Stephen Ritchie said money raised from sales of The Triangle will kick-start the redevelopment of the old Lands Office building.

“This will prove to be a great fundraiser for our society and a terrific promotion for picnic and registered racing in our region,” Ritchie said.

“There is a lot of work to be done to get our museum up and running, and sales from the book will be a huge help in getting that work started.

“Because of these generous donations and grants from Moree Council, The Desperates, all three picnic race clubs at Moree, Mallawa and Talmoi and our local member Adam Marshall, we can publish The Triangle at no cost to the society,” he said.

Soft-cover books and limited edition hard-covers will be available at all three legs of bush racing’s Golden Triangle at Moree, Mallawa and Talmoi.

Moree Picnic Race Club jumps from the gates on Saturday 25 May with Mallawa racing two weeks later on Saturday 8 June.

Talmoi picnic races rounds out the carnival at Garah on Saturday 22 June.

Members from Moree and District Historical Society will be at all three meetings, selling and promoting The Triangle as well as other publications and memorabilia.