The Sledgehammer - a $4000 bargain buy - has become phenomena in country racing with nearly $60,000 prizemoney on an extended winning streak, and even his veteran trainer Michael Mullholland can’t comprehend how far he can take it.

The So You Think six-year-old discard continues to hammer his opposition with four successive wins, including Sunday's Narromine Cup with regular rider Kath Bell-Pitomac aboard, and is unbeaten since Mulholland purchased him with issues. And who knows how far the tough 'Sledge' can take it?

The horse went 16 starts before breaking his maiden and incredibly has now won five of his past six starts.

“That prizemoney has just made our small stable, its a windfall. We thought he could win the Narromine Cup but not by that margin," Mullholland said. 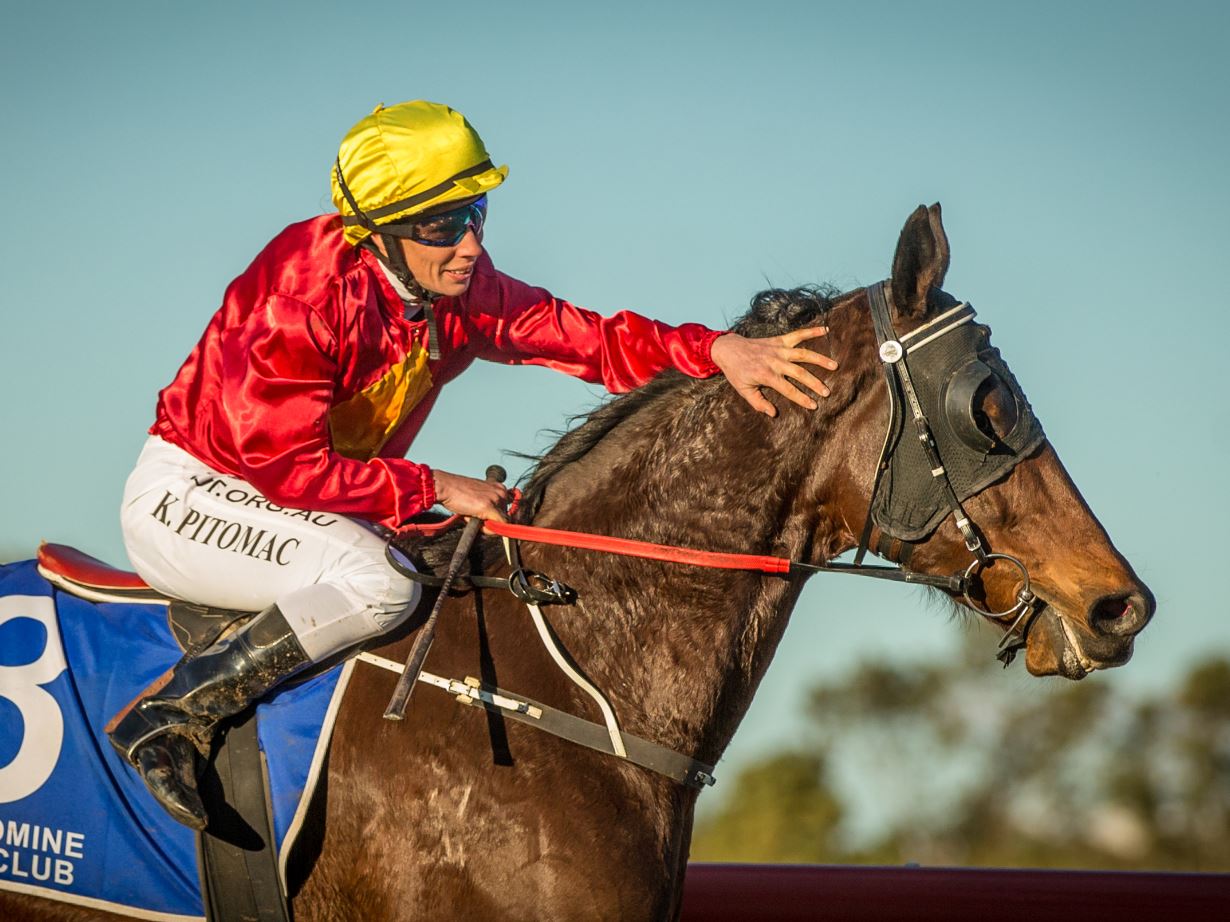 "We'll go to the Dubbo Gold Cup ($100K) and were not frightened to take on the Sydney stables if they come.”

The Sledgehammer, formerly trained by the Jon Sadler and Robert Hickmott stables in Victoria for his first 10 starts, is the most spectacular improver in country racing - or any racing.

He's now won four straight including the Forbes and Narromine Cups, now the Dubbo Gold Cup next month is the target and the four in succession give Mullholland’s small stable an amazing 50% plus winning strike rate.

“Kath said his improvement for a six-year-old is near unbelievable. He’s got an amazing affinity with her."

The Sledgehammer came to Wellington’s veteran Mullholland with issues, and he was spelled for seven months with tendonitis.

“The form he took to the Narromine Cup he had to be competitive, but he went up 4kg from the Forbes Cup so that’s a huge ask anywhere.

“We were hoping he’d run well, but he’s not a big robust type, so the weight was a worry. But he just exceeded all expectations carrying the weight and his winning margin (3.5 lengths).

"We’re hoping if Sydney or Provincial stables accept for the big Dubbo prizemoney we might still be weighted well enough.

“Of course, he’ll be up in grade but the way he’s racing you’ve just got to have a crack.

“If he’s competitive in a Dubbo Cup he’ll certainly be up to a city midweeker, near the limit weight.”