The Long Run Continues Her Good Form At Bathurst

Prior to Monday's Bathurst Thoroughbred Racing meeting at Tyers Park, trainer Peter Stanley knew that The Long Run had the ability to kick down the home straight - now plenty of others know it too.

The five-year-old mare found another gear when threatened by the favourite to take out the Class 3 Handicap (1400m) for the Bathurst trainer. 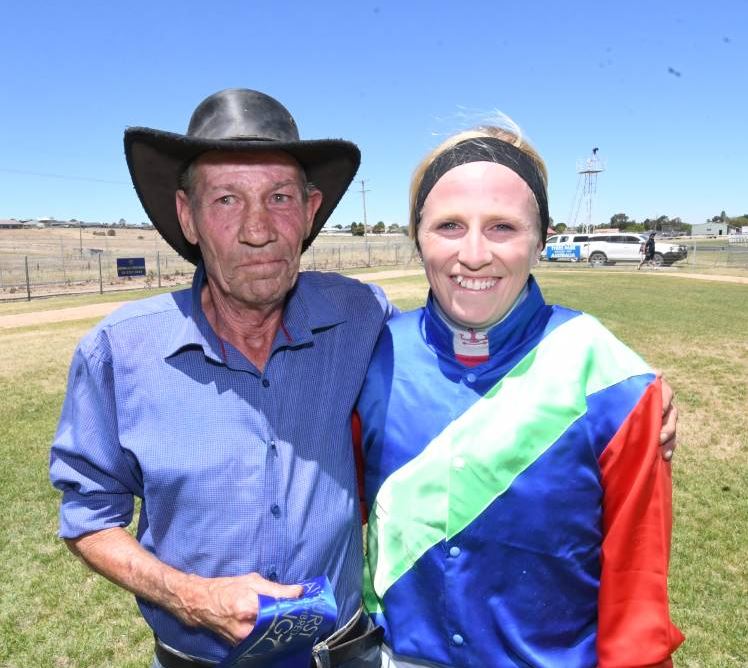 In fact, her acceleration was so well-timed and the front-running ride from jockey Ashleigh Stanley so well executed, that The Long Run ($5) finished two lengths ahead of Monsieur Macron ($1.85 favourite).

"It was a good front-running ride; she rode him perfect," Stanley said of his daughter's effort in the saddle.

"I knew she had a kick in her you see. If she's rated properly she's got a good dash for the finish."

Jumping from barrier four, Ashleigh Stanley speared The Long Run down the inside to take the lead. She had a length over the favourite at the 600m mark and while that narrowed as they hit the bend, the mare was not done.

The win was her third in her last five starts, adding to successes at Mudgee and Warren this campaign.

"She's going well for me, I'll just play around with her now," the trainer said.

While Stanley had been hoping that Cloudless Sky ($14) could make it a race-to-race double by taking out the Maiden Plate (1400m) just over half-an-hour later, he had to settle for seventh for the mare.

The honours went to the Lauri Parker, Warwick Farm-trained Buzz 'n' Joe ($13) who was ridden by Mathew Cahill.

Parker said she "always had a bit of opinion of the bloke" even though he had run 13th as $101 chance in his only prior start in May.

Cahill too said he sees potential in the three-year-old Dissident x Larenco gelding.

"It was a bit of a surprise I think, they can do that young horses, they can improve overnight," he said. "There's a bit of raw ability there, he might be a nice horse."