When Frank Mittiga won a slot in the $1.3 million The Kosciuszko, he rang the only country trainer he knew – Tony Sergi at Queanbeyan – to see if he had a horse he thought would have a chance in the race.

Sergi told him about Island Bay Boy, the winner of four of his eight starts including a last-start victory in a Benchmark 75 Handicap at his home track.

Mittiga had a look at the four-year-old gelding’s form and noticed it was part-owned by someone he knew – Tony Muollo. 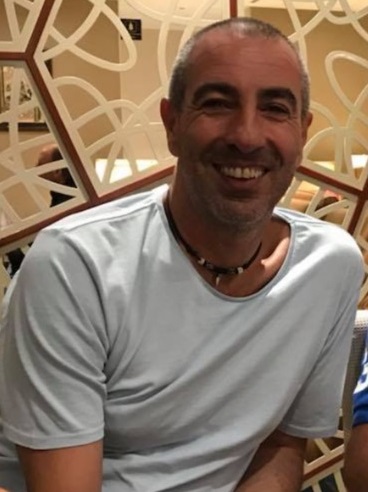 It was his winnings from a bet on Star Of The Seas at Randwick on September 4 that funded Mittiga’s decision to buy tickets in the slot draw for The Kosciuszko – something he had never invested in before. It just all seemed right to him to go with Island Bay Boy.

This all happened in the wake of Mittiga’s beloved mother Maria’s death at the age of 85.

“Star Of The Seas has run some good races against top horses early in his campaigns and he was at good odds in the Tramway Stakes, so I had $1000 each-way on him,” Mittiga said. “He paid $3 the place, so I won $1000.

“We were going to be burying mum the next week and I knew I wasn’t going to feel like doing much with the racing at that time, so I decided to spend the winnings on $1000 worth of Kosciuszko tickets and leave it at that. Just hoping for a bit of luck, but not expecting to win.”

The slot draw was conducted on the day of Mittiga’s mother’s funeral and he received notification that he had won a slot while he was driving from the service to the cemetery.

He likes to think that maybe she had somehow managed to plant the seed in his mind to buy tickets.

“I don’t normally buy tickets in the draw, so I thought, ‘mum’s on my side and led me in that direction’. I feel like she’s flying with me on this. We’ll go for the ride, mate, and see what happens.”

Mittiga, from Horsley Park, has been a racing fan for as long as he can remember.

“I started buying shares in horses about 20 years ago,” he said. “Every couple of years or so I’ve become involved in a new one. I’ve had a bit of bad luck with horses getting hurt, but I’ve had some good luck as well – including a few winners in town and a Hawkesbury Cup. It’s always been fun.

“I know Sydney racing well, but I don’t know much about country racing and that’s why Tony Sergi was the first person I rang when I started looking for a horse. I’d known Tony for many years through racing. He told me about Island Bay Boy and I noticed Tony Muollo was one of the owners.

“It sort of felt good, felt right. I didn’t really know what I was doing, trying to sort out the country horses, but Tony had some confidence about this horse and that rubbed off on me. We did a deal and it was all good, we’re both pretty fair men.”

First prizemoney in The Kosciuszko, over 1200 metres at Randwick on October 16, is $685,000 and slot-holders must receive a minimum of 40 per cent.

“It gets exciting when you start talking about it like that,” Mittiga said. “It’s a different way of getting involved into owning a horse, but if Island Bay Boy won it would be easily the biggest day I’ve ever had in racing – 100 per cent!”