The Boys From Grafton Ready To Plunder Randwick Once Again

High profile opposition nor the odds have previously deterred wily Grafton veteran John Shelton or his ‘caddy’ as they return on Saturday to Royal Randwick, the scene of the close mates' greatest day in racing.

Shelton and his volunteer strapper, former Australian PGA Golf champion Vic Bennetts, who in 1975 famously beat the legendary Kel Nagle, defied every expert and most form logic when they combined with $71 bolter Belflyer to win the inaugural $1.3 million The Kosciuszko at headquarters in early October. 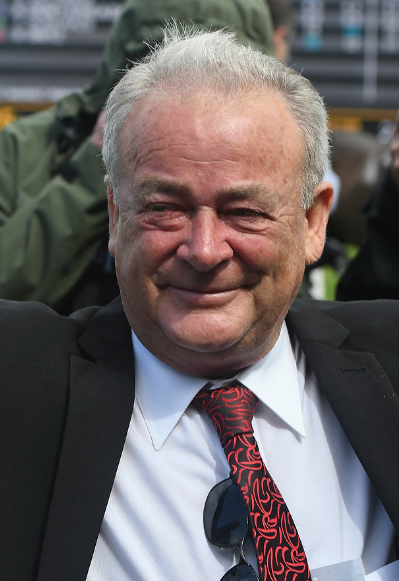 The pair of mates - 74 years plus - are back in town with short-course flyer Invincible Tammy who is also lengthy odds ($26 on TAB fixed odds), but attractively weighted against TAB Highway heavyweights, Matthew Dunn, Matthew Dale, Terry Robinson and Brett Cavanough in a $75,000, Class 3, 1000m dash.

Aside from Saturday’s opposition, John and Vic will be in the best of racing company again.

Invincible Tammy has rarely been led with an imposing strike rate of three wins and five placings from 12 starts.  Her 54kg near limit has been reduced further by Robbie Dolan’s 3kg claim.

“It’s a cracking field and those strong stables, but she’s a genuine speed mare and you’ve got to have a go at that big prizemoney as another win in the bush and she’s not eligible,” Shelton said from his Grafton stables.

“With Robbie Dolan’s claim she’s nicely treated and while we haven’t drawn well, she’s got the speed to cross. It’ll be a hot scamper looking at the form, but if we can’t lead with the light weight, she can be just as effective with a sit outside the lead.

“We don’t try and restrain her because she can over-race. She’s a jump-and-run horse and she ran fast time winning when she resumed.”

Invincible Tammy sure did, leading on her ‘little brown ears’ and clocking a sizzling 58.05 seconds, winning unextended over 1005m at Ballina early last month.

The lightly-framed I Am Invincible mare was hard-held winning a 1000m Open trial at Grafton on December 2.

On Saturday, she’ll be double-figure odds against Dale’s Sei Stella (3.30 favourite), who has been targeted at the Country Championships and ultimately The Kosciuszko.