Team Price Has A Number Of Chances At Moruya (Monday)

McDougall has five mostly competitive rides while Team Price has the credentials for a likely double. 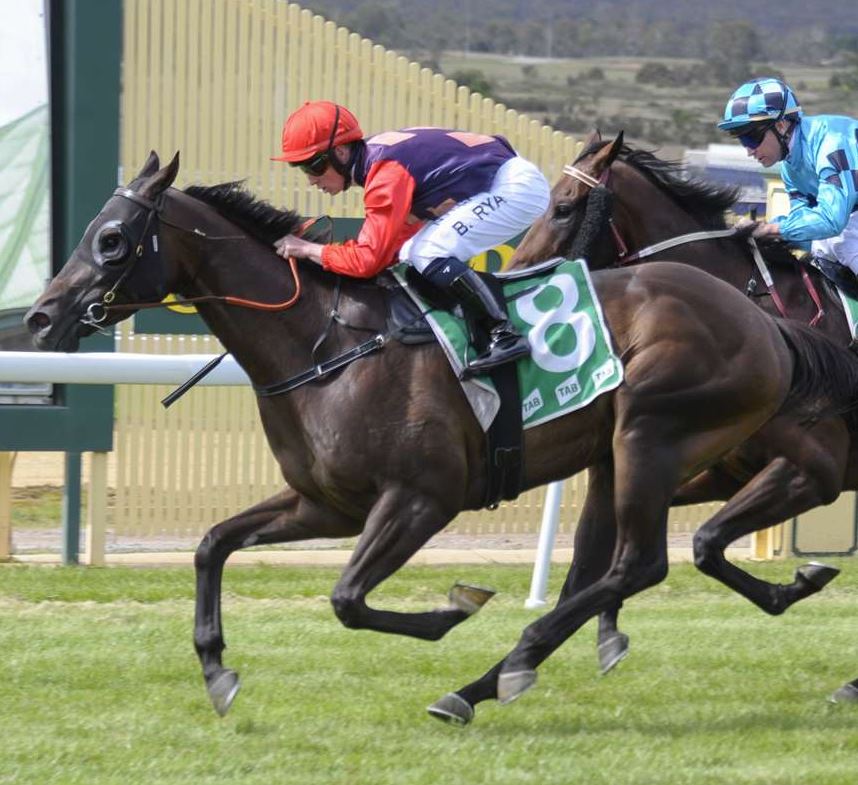 Against the Tide and Brock Ryan in winning form at Goulburn. Image by Bradley Photographers

“We’ve got nice chances all day, our best for sure are Against the Tide and All Tiara, and we’ve got an opinion of a filly Show Tickets in a maiden,” Luke offered.

“Against the Tide and All Tiara have exposed form and experience.  Against the Tide was dominant at Goulburn, he’s up in weight but back in grade - out to ‘1400m’ is ideal and he’s progressive.”

The dual winning Dane Shadow four-year-old gelding closed strongly to win over 1200m at Goulburn, has an ideal inside draw for Brock Ryan (60kg) contesting the Tomakin Sport’s Club BM 58, 1425m and he’s a Moruya winner.

All Tiara is ridden by Winona Costin who combined for a Price career-best of four winners at the 2015 Moruya Christmas Cup meeting and their lucrative association continues in a Tuross Head Country Club Class 2, 1650m.

The four-year-old All Too Hard mare is value with exceptional form at the track and distance.

“She’s been freshened, she’s a mare with genuine ability, always produces her best at Moruya and she’s drawn well. She’s been competitive in tougher company.”

All Tiara has raced twice in city mid-weekers. Show Tickets (NZ) contests the fourth race maiden, off a promising third at Kembla where she led until well into the straight before finishing third.

No more important trait than early speed at the tight and turning Moruya, she’s invariably in front but has faded. Now she has the benefit of extra race fitness and progression.

“She’s still doing things wrong but she’s always shown us something and is improving all the time.

“She’s race fit this prep, Kembla maidens always have some depth, so she’s found a really suitable race at Moruya.”

At present Moruya is rated a Good 4 track, the rail true in fine weather.