Red Liberty could ignite a busy week for Gunnedah trainer Gavin Groth at Tamworth on Tuesday whilst also re-igniting his own career in a Heat of the Rising Star Series.

The six-year-old chestnut gelding, a son of Iffraaj with two wins in 16 starts, lines up in the $22,000 Thread Effects Class 2 Handicap Heat of the Rising Star (1200m). 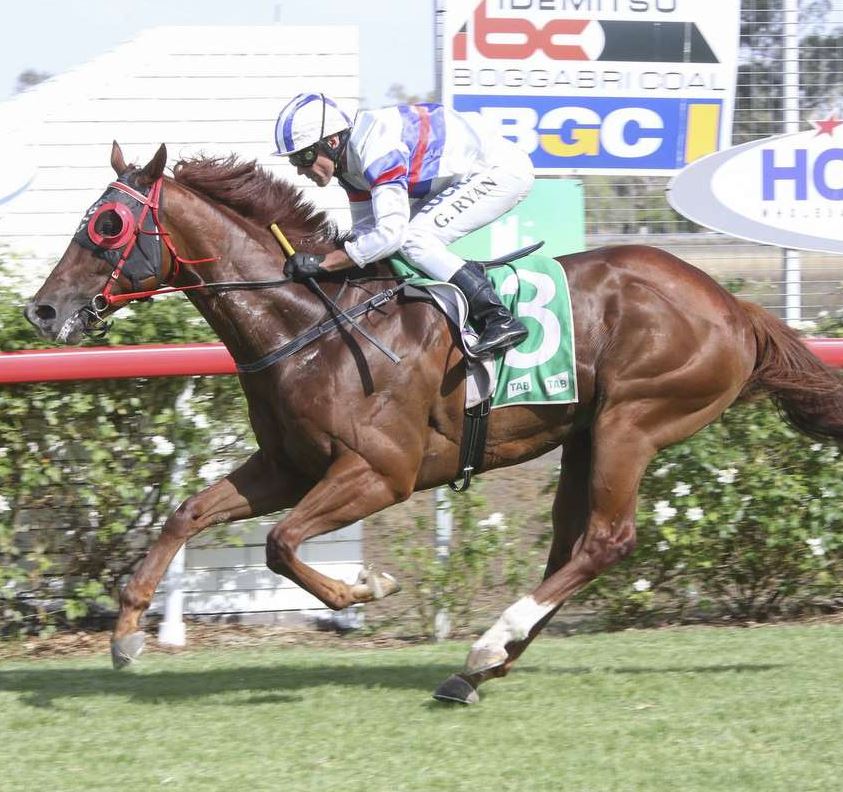 He is coming off a 37-week spell after an operation to remove bone chips from his near-side front knee.

A trial win at Inverell on November 23 over 1010m indicated he is ready to return for Groth who is also heading to Mudgee with Danspur, Malzoom and Redemption Road on Friday and then racing at Gunnedah Jockey club’s famous Christmas Hams meeting on Saturday.

“Got three or four there,” he said of Gunnedah. “Going to be a busy week.”

It all blasts off Tuesday with Red Liberty ($8 on TAB fixed odds) in a race against 10 opponents where every runner is to be ridden by an apprentice. Gavin has booked Qin Yong.

“I don’t much about him but he seems to ride all right,” he said of the 2kg-claiming apprentice. “His 2kg claim will be very handy.”

Red Liberty has drawn barrier eight and Gavin thinks it is a chance to re-start his career that promised plenty after he was third in a Highway Handicap at Randwick on a Heavy 10.

“He ran a good third, didn’t handle the going. I was hoping to run him in the Country Championships Qualifier (at Tamworth) but didn’t get a start so he ran in another race at Tamworth that day.

"He pulled up sore after it, must have banged his leg and we found the bone chip. So he’s had a good break and will kick off again here at Tamworth. He’s been working well and should go alright.”

He also comes into the race with 57kg after Qin Yong’s claim and that will also be a bonus.

After five heats of this season’s Rising Star Series, Yong is equal with Tamworth apprentice Yvette Lewis and Billy Owen on 12 points.

Lewis will ride Future Road ($15) for Coonabarabran trainer Wayne Martyn while Billy Owen doesn’t have a ride. Last year’s Rising Star Series winner, Sam Clenton, is fourth on this season’s table after winning the most recent heat at Warwick Farm.

She is also third in the Hunter and North West Racing Association’s apprentice’s premiership with seven wins. Yvette Lewis leads that with 20 wins from Mikayla Weir (9), who will ride the John banister-trained Apache Belle ($26) in Tuesday’s Rising Star heat at Tamworth.

For Gavin Groth, the Tamworth meeting is a quiet start to the week with just Red Liberty but it then ramps up at Mudgee and then his home Riverside track at Gunnedah.

He has Davor entered for the $22,000 Christmas Cup (1600m) as well as hopeful starts for Annies Street, Epic Decision and Malzoom.

Tamworth’s track is rated a Good 4 while Gunnedah received a huge 156 nominations for its seven-race program, 29 in both the 1000m maiden plate and 1300m benchmark 58 handicap.