Tamworth Will Be Swinging During Country Music Week

Tamworth is the place to be this week with nearly 700 artists performing at the 48th Tamworth Country Music Festival.

And slap bang in the middle of it will be Tamworth Jockey Club’s JT Fossey Country Music Cup meeting on Thursday, with live music from the Shannon Watkins Band. 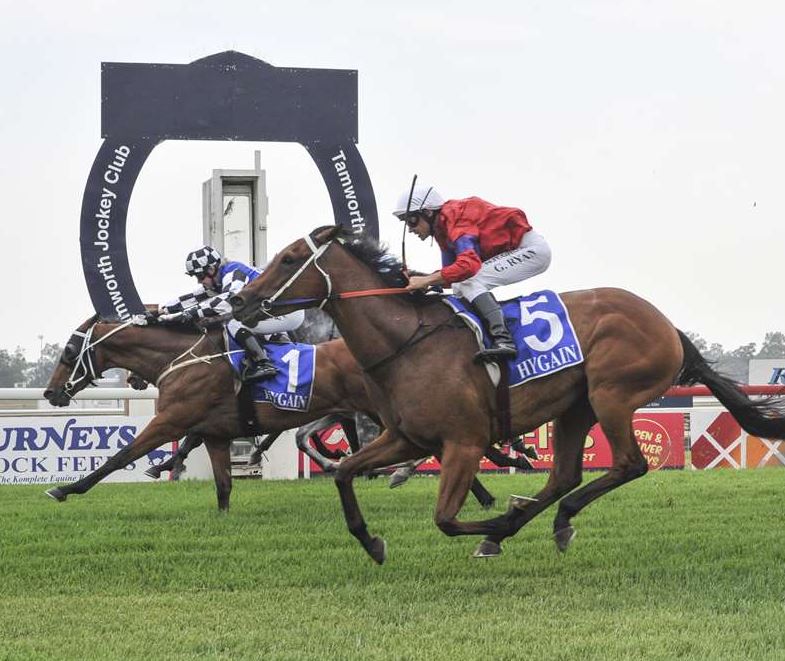 There'll be some great racing action at Tamworth on Thursday. Image by Bradley Photographers

“The meeting is held annually during the Country Music Festival and this raceday is one of the highlights of our racing calendar.

“We have live entertainment, a full bar and dining options, kids’ amusements including a jumping castle and raceday packages are available.

“Gates open at 11am and we look forward to seeing everyone there.”

Manning Valley Race Club has two race meetings this month commencing with Monday’s seven-race program that is followed by an eight-race card on Friday 31 January.

“Both of these meetings have free kids’ entertainment, are full TAB meetings and we have the lunch packages available in the Winning Post Function Centre,” said MVRC’s general manager, Helen Sinclair.

“Our amazing public bistro, with all food prepared on-site, will be open offering plenty of home-made tucker whipped up by chef Kevin Williams.

“And we have ice cold drinks from our bar team, headed by function manager, Greg Hile.”

Forbes Jockey Club has picked up a race meeting originally scheduled for the neighbouring Parkes on Saturday.

“Due to the ongoing drought conditions, our friends at Parkes 33 kilometres away decided their track is simply too dry to race, so we were happy to accept the meeting,” said FJC’s secretary/manager, Harvey Elliott.

“We have a fully automated watering system and negotiated a water agreement with Forbes Shire Council that allows us to utilise irrigation to the course proper.

“The track is in excellent shape and we’re looking forward to hosting a really good race meeting.”

On the day, the club is planning to recognise many of the firefighters that spent endless hours fighting the bushfires.

Murrumbidgee Turf Club will stage an eight-race program on Tuesday featuring a heat of the popular Wagga Stayer Series.

The club then backs up with an eight-race card on Australia Day next Sunday that features the Wagga Scamper (1000m).

“We also have live music, pony rides, the hit 101.3 Hit Squad and a Kids Fashions on the Fields with great prizes up for grabs,” he added.