Try ‘N’ Run Amuck returns to Walcha this Friday seeking to become one of a rare group. The six-year-old bay gelding, a son of Pure Theatre with eight wins in a 41-race career, is among the nominations for the $35,000 Elders Walcha Cup (1440m).

If he wins the 2019 Walcha Cup he will join a select group to have won the race in successive years. 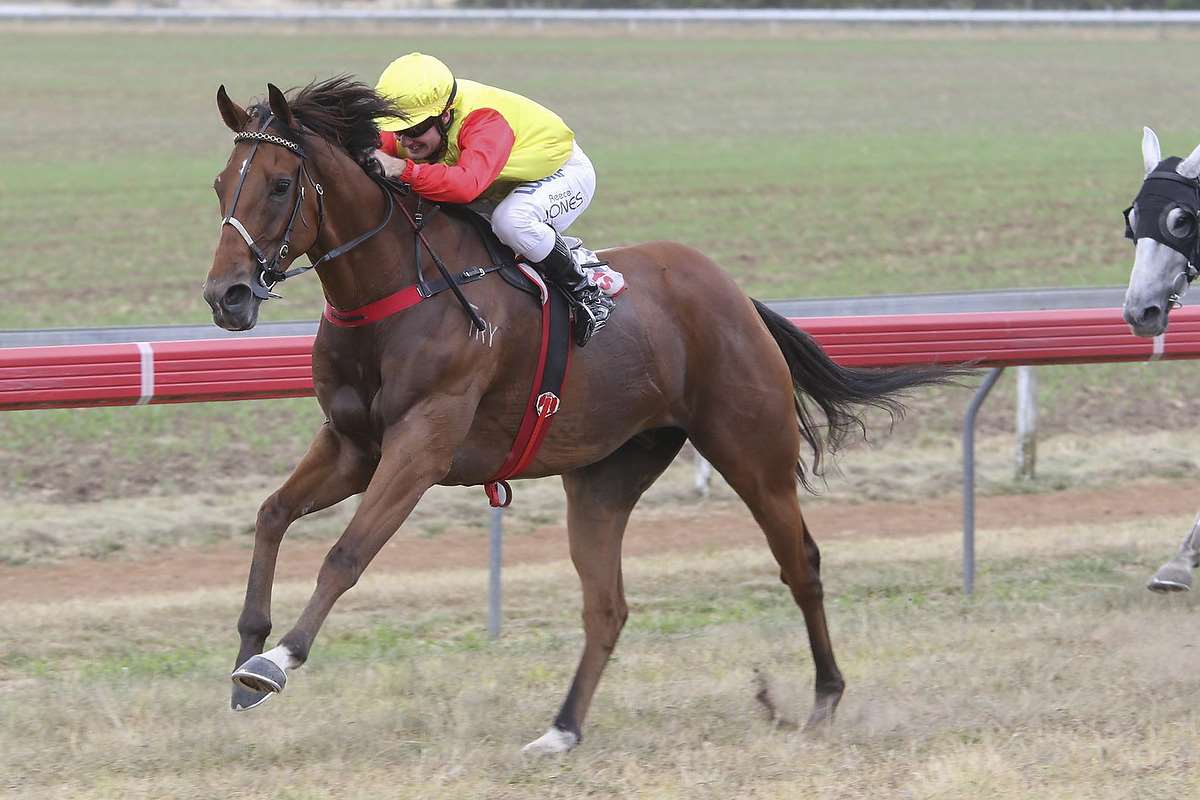 Walcha is a unique track, a long back straight that turns up the infamous hill before swooping down and around to a short straight and finish.

Some handy horses have won the Cup, country Cups king Akwazoff won it in 1996 on his way to a Grafton Cup and Binlee Star won the 1989 edition before returning three years later to win the 1992 Cup.

However, six horses have won back-to-back Cups and the Troy O’Neile-trained gelding is striving to become the seventh to win in successive years after his brilliant win last year.

Kevin Ferrier believes Try ‘N’ Run Amuck will go close to joining that half dozen because he races on the pace with such a strong finishing kick. That’s how he won the recent Inverell and Glen Innes Cups.

He will also have a Good 3 track to race on, Kevin Ferrier said from Saturday’s final working bee.

“The track will be a Good 3,” Ferrier confirmed despite the drought conditions. “We’ve been watering since December. We have a good grass cover, we’re really happy with the track.”

Troy O’Neile is really happy with his gelding too. The Tamworth trainer “spelled” his gelding after he broke his rivals hearts to win the recent January 12 Glen Innes Cup. He led the field at Glen Innes, which also has a tough uphill finish to the 1440m Cup.

“Three or four of them looked like they were going to wheel him at the 600m but he kept on going,” Troy O’Neile recalled. “He ended up running away from them and won by two lengths. Since Glen he went to the paddock and been back in work now. He races better when he’s fresh.”

Since winning last year’s Walcha Cup he’s won a Wellington Open as well as the 1400m Inverell and Glen Innes Cups at his last two starts.

Saturday’s five-race non-TAB meeting has $40,000 in prizemoney and is named in honour and memory of the late Cathy Brennan. The Cathy Brennan Memorial Day is a day for the local community to celebrate the life of one of Walcha’s best citizens.

“She was a wonderful lady,” Kevin Ferrier said. “A lovely person and very good trainer. She was great with horses.”