As the countdown to the Newhaven Park Country Championships Final this Saturday gets serious, the three Goulburn-trained horses in the field are honing preparations towards pitch perfect.

Al Mah Haha ($9 on TAB fixed odds), Bocelli ($15) and Safe Landing ($17) all head down the highway with the dream of cashing in their golden ticket in the race still well and truly alive. 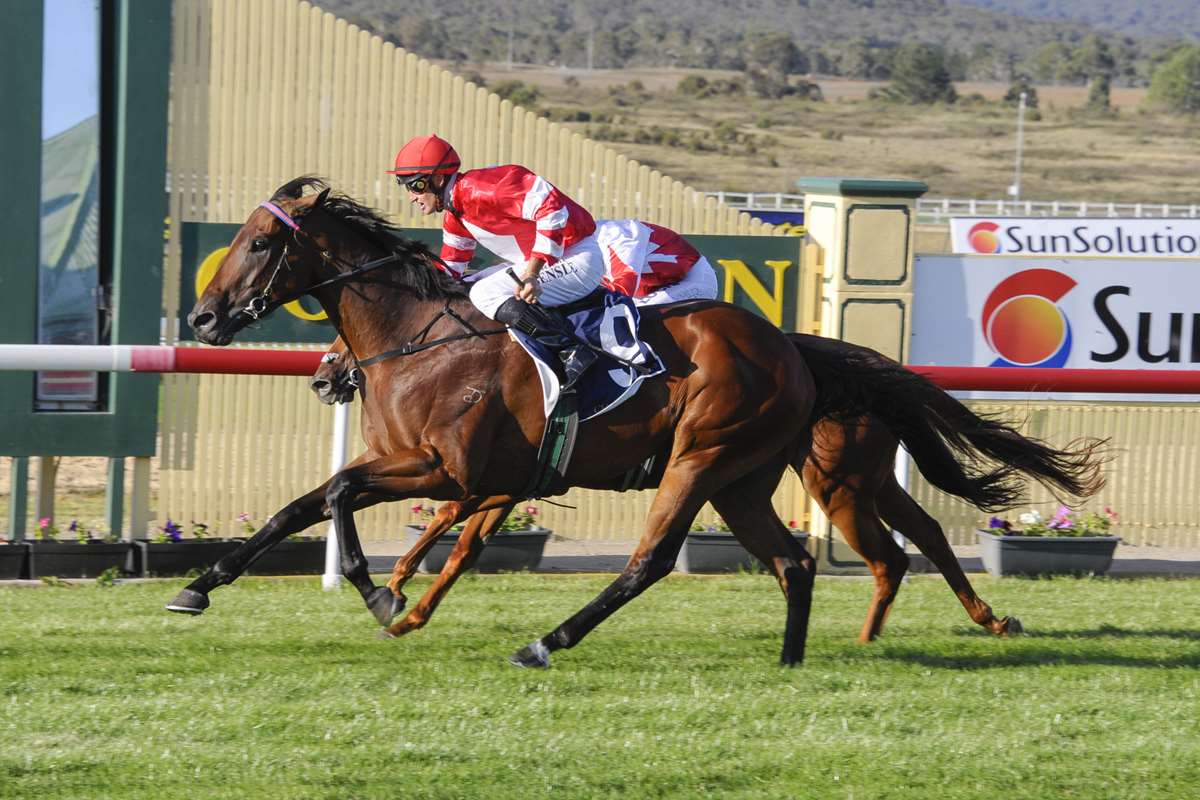 Tash Burleigh surprised some, but not her stable, when mortgaging two spots in the final after Al Mah Haha and Bocelli delivered a home track quinella in the Goulburn qualifier.

Kurt Goldman gets his VIP seat at Day of The Championships after securing a spot for 4YO gelding Safe Landing.

The galloper gets into the race the tough way, securing the Wild Card’s last chance dance as runner-up at Muswellbrook after the horse’s brave but unplaced effort in the Goulburn qualifier.

Saturday’s Country Championships Final will be Safe Landing’s fifth run of the campaign and Goldman is happy with where his horse’s energy levels are at.

“He‘s fine, he’s obviously in peak fitness now and has gained a lot of confidence back from a run on the softer surface that he appreciated (at Muswellbrook) and it looks like he will get that again on Saturday,” Goldman said.

The Goulburn trainer also thinks he has the right horse at the right venue: “Randwick being a big open track and the fact that he is a big-striding horse will definitely suit him.”

“He’s basically done nothing. Travelled home had an easy week out in the paddock.

"He galloped yesterday morning (Monday) with Sam Clipperton travelling down for the ride.”

Goulburn’s heat winner Al Mah Haha and runner-up Bocelli haven’t raced since their home track heroics on the 2nd March with Tash Burleigh happy to keep them both on the fresh side.

Both of Burleigh’s charges came through a recent a barrier trial hit out at Canberra with eyes wide open; Al Mah Haha finishing second and Bocelli third over 900m.

“I did have Al Mah Haha accepted at Hawkesbury two weeks ago but the track was a Heavy 9. I wanted to give him a run, as it actually looked a winnable race. But there was no point busting him for the sake of a run,” Burleigh said.

“He has come through everything very well and we are super excited to be putting him on the big stage this weekend.”

Richie Bensley, who rode Al Mah Haha in his Qualifier win, retains the ride. Burleigh had planned to keep her other runner Bocelli on a simple lead-in but the recent wet weather meant a tweak or two.

“I was going to keep it simple for Bocelli and give him a couple of jump outs at home to tick him over, the initial plan went out the door when we had a lot of much-needed rain here.

“So we opted to simulate raceday, and we popped down to Canberra for a trial. He is very well also and Craig Williams will be heading up to ride Bocelli. I was very happy with the trial as were the jockeys.”

Burleigh is also hoping for a firm surface come Saturday and isn’t losing any sleep over what the racing Gods have in store.

“Ideally for both horses, we are hoping for a good track. I'll be taking both horses to Randwick in the best order I can, it's racing and anything can happen!

"May as well let what will be, be, and enjoy the day out as you never know when the next one will come.”

Burleigh won’t be relying on goodwill alone though, she has put together a travelling fan club to help swell the tablelands support base.

“I’ve also organised a bus from Goulburn to the races and back for a group of locals. They wouldn't have probably gone on their own.

"The support from so many people has been great.”

Both Goulburn-based trainers have varied backgrounds and experiences to date.

Goldman has cheered horses under his guidance home in Group races (think Eckstein) whilst Burleigh sends two horses to the races in rare air for a young trainer still on the up.

The common thread for both though is they get a ringside seat with added investment on Saturday. They take their horses, owners and jockeys along with them as part of the foundation that The Championships at Royal Randwick is built on.