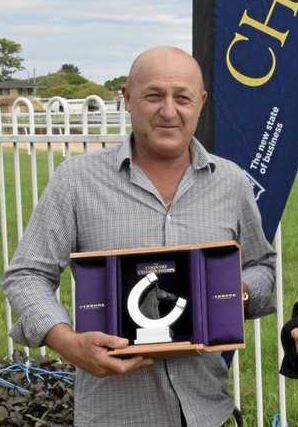 A recent Murwillumbah open barrier trial where the speedy Benalla maiden winner in February resumed from a spell is the vital pointer up in grade into a TAB Class 2 1000m flyer with 58kg for Jon Grisedale who rode him in the trial.

"I’ve got an opinion of him, that speed, trialled and worked like a winner since we got him from Matt Laurie down at Mornington, but it is a strong form race,” Lee offered.

And the Group and Listed-winning Edmonds stable have Sacred Zim primed off two recent winning trials at home track on the Gold Coast.

But Lee has faith in the pace, progression and an inside draw for Tuscan Leather from a tight and turning start at the 1000m.

“He’s progressive, led and won unextended at Benalla, placed at Stony Creek and that’s always good form for up here.

“Where’s he’s drawn he’s got the gate speed to lead and take some catching.

“My other filly Lasting Kiss won his trial, she’s lightly raced and she’ll go on to better races. We’ve got chances all day, some drawn wide and dual acceptors we haven’t made a decision on.

"So at his stage this gelding is probably my best.”

Lee said Ballina track is "racing perfectly” and in fine weather, is expecting an upgrade from a soft 6.