The winter westerlies have blown hard and fast on the tablelands of late but with 'rose season' almost upon us, Friday's raceday at Goulburn cocks the trigger for a big spring program of racing.

In recent weeks, Goulburn has faced down gale force winds, a snow flurry or two and the usual touch of frost!!

But spring is here and that's good news for the club and the combination of local and visiting horses expected to tackle the testing tablelands circuit over the spring period. 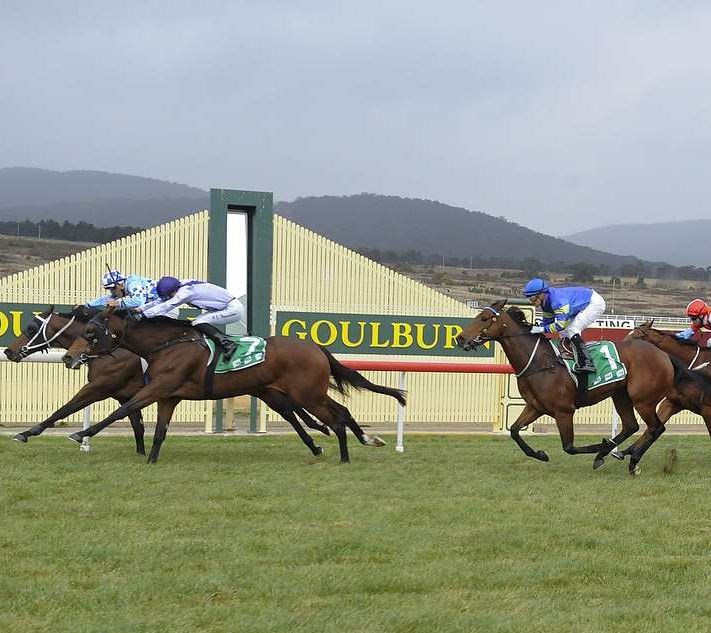 There'll be some great racing action at Goulburn on Friday. Image by Bradley Photographers

Five meetings are scheduled over the next seven weeks with the club's blue-ribbon day of racing, the Goulburn Cup, finding a new home and distance this year on Sunday 3rd November over 1400m.

This Friday looks a solid pointer as to the type of stables expected to saddle up gallopers at Goulburn throughout the spring.

Think plenty of city and provincial interest, with a strong dose of local push back from the like of recently announced The Kosciuszko participant Danny Williams.

Williams has had a big week already with his charge Don't Give A Damn selected in the race by a winning syndicate.

The Goulburn trainer telling his social media followers he was "thrilled to get a spot in #theKosciuszko with DONT' GIVE A DAMN!"

Williams saddles up nine runners across eight races on Friday at his home track including three in the opening maiden.

The stable produces Not A Single Doubt filly Talihina in the opener and she looks set for a promising debut after winning a recent trial on her home track in slick time. Reigning Goulburn hoop of the year Jay Ford takes the ride.

The stable also has the "potential'o'meter" on the climb with Floki, who tackles a Class 3 over 1000m after bypassing Canberra last week.

Williams recently touted the galloper as "ready to resume in fantastic order" after a strong trial in the nation's capital.

Goulburn's track is currently rated a Soft 5 with the Friday's opener set to go at 1pm under sunny skies.