It's Goulburn Cup day this Sunday and thoroughbred stud Spendthrift Australia will continue its association with one of the features on the card, The Guy Walter, a dedicated Fillies and Mares Class 3 Hcp over 1300m.

This year marks the seventh running of The Guy Walter and the fourth year that Spendthrift Australia and Goulburn Race Club have partnered together on the race.

Connections of the winning filly or mare will not only reap the benefit of the major share of the $50,000 prizemoney the race offers, but also be offered a complimentary service to Overshare, one of Spendthrift's sought-after stallions. 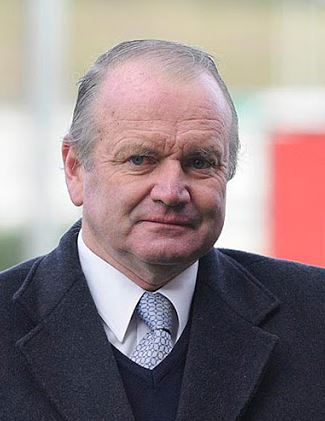 Goulburn Race Club's CEO, Robyn Fife, believes the hand in glove fit between Spendthrift and The Guy Walter is not surprising given the respect Guy attracted from people across a broad spectrum of the industry.

“We welcome the ongoing involvement of Spendthrift Australia as our major partner in presenting the race named in honour of Guy and encourage stables and owners to consider entering a suitably graded filly or mare in this race,” Ms Fife said.

“Guy had a unique affinity with horses and won the Goulburn Cup five times. He had a particular knack for getting the best out of fillies and mares and the ongoing running of this race as part of Goulburn Cup day provides appropriate recognition of that.”

Garry Cuddy, General Manager of Spendthrift Australia, says his organisation is proud to be part of the traditional fillies and mares option as part of the Goulburn Cup program.

“We are privileged to continue our association with the Goulburn District Race Club in honouring one of racing’s true gentlemen, Mr Walter," Mr Cuddy said.

“This year, winning connections of The Guy Walter will secure a complimentary nomination to our multiple Stakes-winning son of Champion sire I Am Invincible, Overshare. He is a young stallion we are proud to stand on our roster and his foals are impressing breeders immensely.”