CHRISTMAS TIME BRINGS A HEART-FELT LONGING FOR THE IRISH MUM FINALLY BACK AT WORK IN COUNTY KILDARE, HER KIDS RESUMING SCHOOL, AND ENTERTAINING A FORLORN HOPE – THE WAY THE WORLD IS – THAT THE HENNESSY FAMILY MIGHT ALL BE RE-UNITED BY NEXT FESTIVE SEASON

Martine Hennessy loves racing, her family resides in Naas, a mere staying race from the famous The Curragh Racetrack. 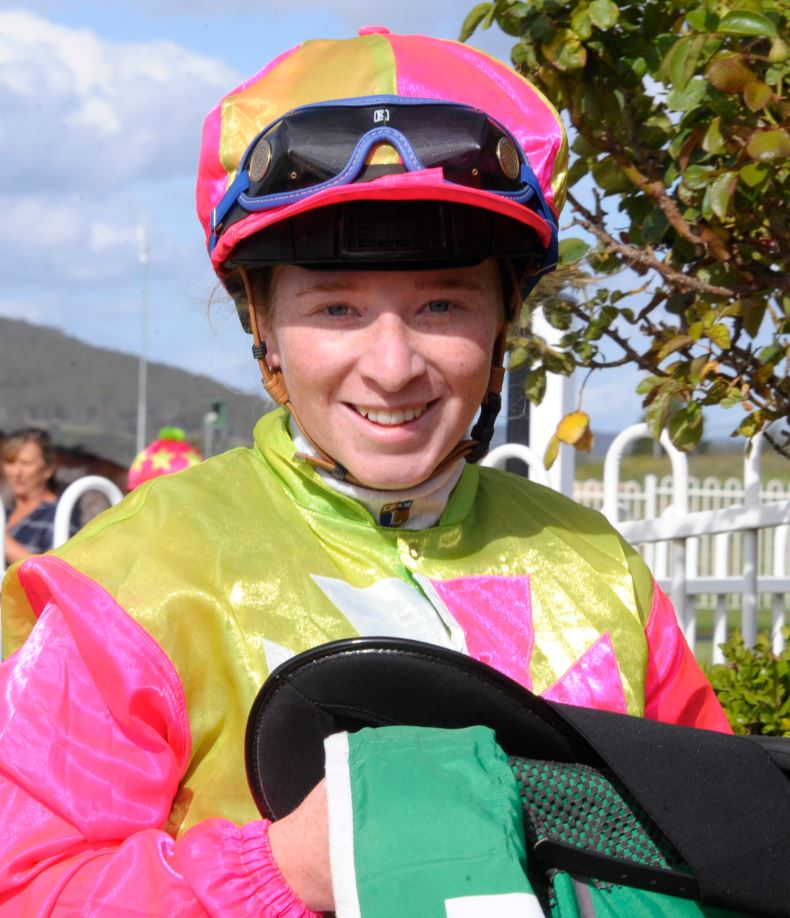 Apprentice Ellen Hennessy after a win: “Aussies are just so friendly!” Image by Bradley Photographers

Her eldest daughter of four children, Ellen 23, is in her fifth riding season forging an impressive riding career in NSW regional racing, based in Queanbeyan.

However, the way the COVID-19 pandemic has changed the world, so many won’t make it home for Christmas.

For those like Ellen residing in other continents, who knows when they’ll return to family and friends? Ellen, although missing her family, is focused on her career Down Under and happy enough with her situation and accomplishments.

With 35 wins last season, a double early in the new season at Wagga Wagga, Ellen won both the Queanbeyan senior and apprentices’ riding titles.

Now boarding with the family of multiple premiership trainer Joe Cleary, it brings welcome companionship and opportunities for Ellen with local trainers and the strong neighbouring ACT stables.

Martine, who returned to work as a secretary recently after long-term shutdowns in Ireland, understands all of that. And she takes consolation that Ellen is safe, settled and living her dream. But a mother’s situation back home is another stark reminder how racing and indeed the world has changed.

Martine researched a Racing NSW website story featuring Ellen when she rode a treble early last season at the Sapphire Coast, the first time she had seen the far south coast.

And when Martine circulated the story locally, it created huge interest in racing circles in County Kildare and at the riding academy where Ellen was educated and where Robbie Dolan was another notable. 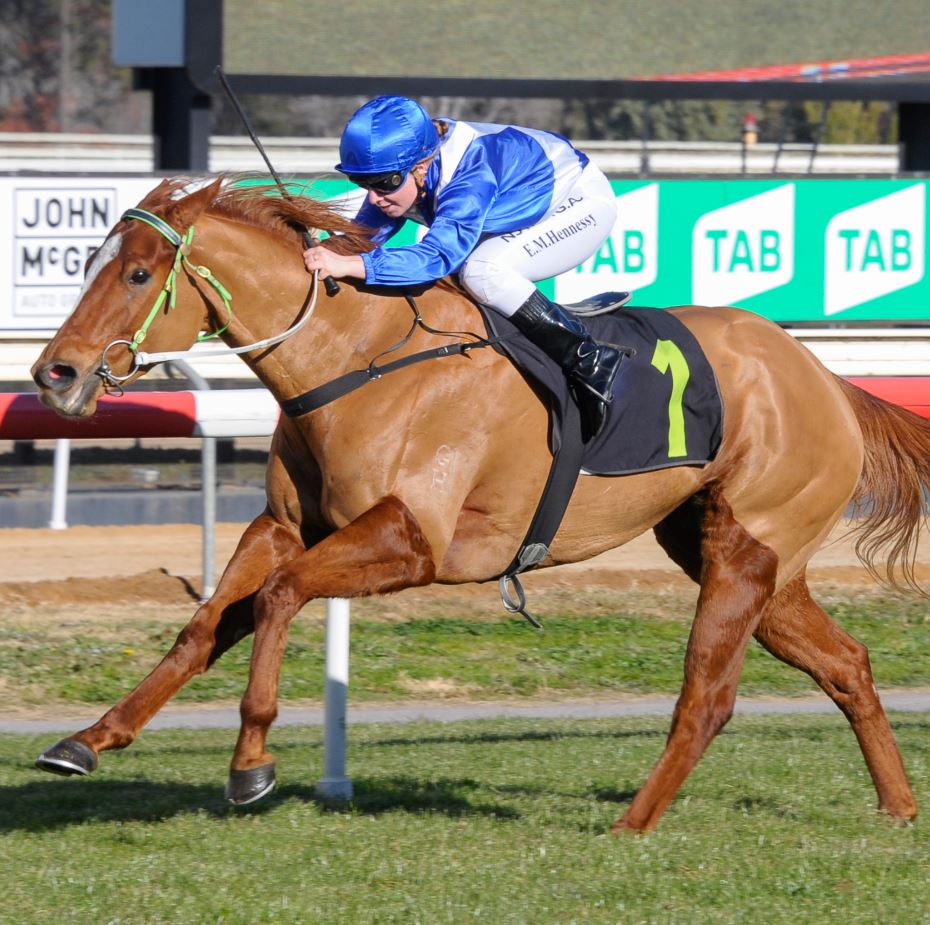 Ellen guides Katie Did It to victory at Canberra. Image by Bradley Photographers

Martine, who bets regularly on Ellen’s mounts, in turn sent a thank you e-mail to this writer via Racing NSW.

She has kept in regular contact ever since to follow Ellen’s fortunes, but Martine’s latest e-mail was a stark and sad picture of how the pandemic has affected her homeland.

And like millions of others, Martine wonders when she will see Ellen in the flesh again.

Martine wrote: “Hi Tony, and sincere apologies for not responding to your email; I put it by and then as the mammy of a very independent 22yo, was a bit unsure of what I should say about Ellen.
“It’s been four years since Ellen left Ireland, she’s eldest, then Jack (now 21), Louis now 17 and Lucy now 14.

“They all compete and have done so all their lives … every weekend I’m living the dream, pulling a box of ponies to competitions all over Ireland, camping overnight and having ‘the craic’. Don’t know what I’ll do in a few years when they’re all gone. Travel to Aus maybe.

“Ellen has always been a determined, hard-working young woman. She was reared on her naught ponies in Kildare Hunt Pony Club competing in showjumping, eventing and specialised and loved Mounted Games in Pony Club.

“This is probably what stoked her competitive genes, gave her the love of speed and no fear of the rail. She went to RACE (Racing Academy & Centre of Education) in Kildare for her transition year in school and never looked back.

“From there she was apprenticed to Kevin Prendergast’s yard who is a gentleman is willing to give the female jockeys a chance. Ellen represented Ireland at the European Apprentice Race 2015 in Bratislava and got her first win.

“RACE is a really excellent jockey school that offers a full year residential course for aspiring jockeys on the edge of The Curragh in Co. Kildare. From there on she had a few race rides and then at 18 she headed to Australia.

“We’re indebted to the Clearys for taking Ellen under their wing. I don’t know how I’ll ever repay their kindness and care. Ellen loves the country and she’s a real hands-on girl, building showjumping stands here when she was 11. 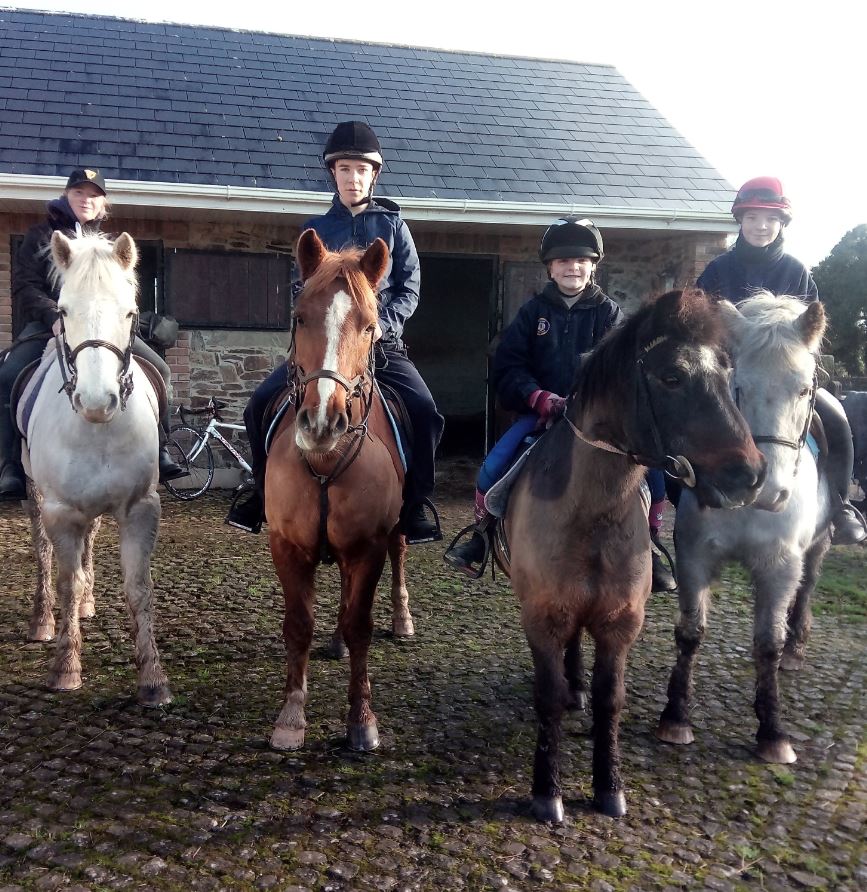 “Ellen will probably kill me for sending you the photo but luckily she’s the other side of the world! She’s plugging away but we all miss her.

“She missed a holiday trip home in June and goodness knows when she will ever get to travel to the Northern Hemisphere again. If she stays well and things keep on working out for her, I am happy.

“What a great adventure and she is living her dream, even while working hard – but that bit hasn't ever been a problem for our Ellen!

“Meanwhile, racing is still behind closed doors here in Ireland but without the punters and owners, racing is soul-less at the moment. Hopefully things will return to some sort of normality.”

Ellen takes up the situation, happily assisting Joe build a new fence at the stables after riding trackwork.

“It’s been just terrible over there, much worse than here – Mum and I talk regular face-to-face by phone and my dad Paul, you can only keep going and get on with it,” Ellen said.

“I’ve been lucky and had amazing support from trainers down here … Aussies are just so friendly!”

Martine always said her eldest daughter had a natural riding gift along with a decent mix of resilience and determination.

Meanwhile, Martine follows her daughter’s fortunes as closely as all racing mothers would. And Martine is resigned to another Christmas at home without Ellen, but on the flip side, so many of her home folk and millions word wide have already seen their last Christmas.

*This article initially appeared in the November 2020 issue of Racing NSW Magazine.