With four winners and a second consecutive crack at the Newhaven Park Country Championships Final all in the bag in the past month, Goulburn trainer Tash Burleigh has a spring in her step despite an autumn tinge creeping into the tablelands.

One of those winners was her four-year-old sprinting mare Shanaya, who tackles a small but competitive Class 2 race at Goulburn on Thursday. 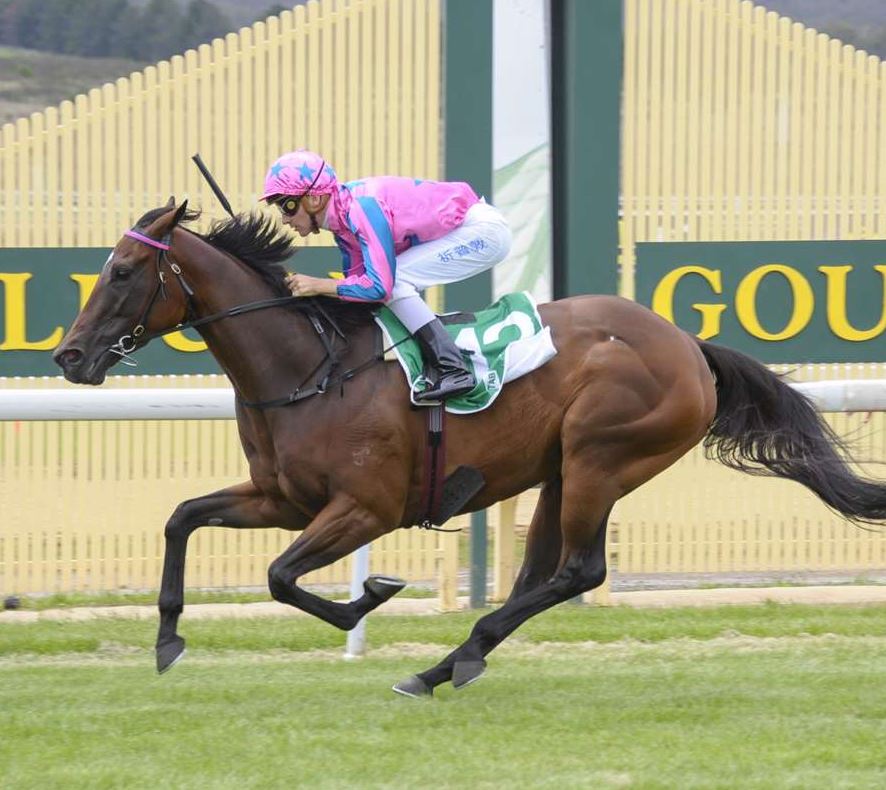 The mare was only having her second start for Burleigh but took an immediate liking to her home track for a sizeable group of owners.

The daughter of I Am Invincible posted her maiden win in barnstorming fashion when bolting in by more than four lengths over 1000m at Goulburn's last meeting.

Burleigh says the win wasn't a complete surprise but still great to see: “We were happy with her first run this prep, and she ran up to her work at home,” Burleigh said.

“It was going to give us a guide as to where she was at, but to put them away like that was a surprise.”

Whilst Burleigh liked the authority of her first-up run, she is happy to keep her to short course contests for now: "Even though she won well, it will still be small steps for another start or two.”

Shanaya ($3.70 on TAB fixed odds) with Sam Clipperton retaining the ride, tackles a small field size wise on Thursday that still has a bit of 'smarts' to it. Burleigh believes that can only be a good thing moving forward.

“I'm happy with the depth of the field on Thursday as it will give us a better guide as to where she heads to next.”

Burleigh’s stable is the third yard the mare has found herself in a short space of time but her trainer says she has settled in well to her tablelands base.

“She is happy and faultless around the stables and I’d hope to see that reflected in this next start on Thursday.”

Burleigh also saddles up stable stalwart Territorial ($26) in the last on the Goulburn card and she is tinkering with his pre-race preparations including re-establishing a winning horse – jockey combination with Blaike McDougall.

“Territorial has the blinkers on for the first time with me. Unfortunately, we have drawn fairly awkward, but I hope to see an honest run from him.”

“The last time Blaike rode him a few starts back he won. Hopefully, he can give us all a cheer on Thursday.”

Burleigh will have strong local support from some of her neighbours as they look to repel the challenge of the ever-present metropolitan and provincial visitors to the tablelands.

Danny Williams has four acceptors on the card with plenty of interest in how the former Waterhouse/Bott galloper Cock Match (Race 7, $4.60) has settled into Williams's tablelands training routine.

The in-form John Bateman yard looks a strong chance of some home track heroics as well. Bateman will saddle up the in-form Azoustic (Race 3, $2.80) and last start Wagga winner War Deck (Race 5, $4.20). Both will be ridden by Kayla Nisbet who rode War Deck to victory last start.

Goulburn's Track Manager, Tony Brabender, is happy with how the track is shaping up for Thursday's meeting.

“After much-needed recent rainfall across Goulburn, our course proper has rebounded from a smoky drought-affected summer. The rail is out 6m and this track presents a truly even pad with lots of great cover which should create competitive racing for horse and rider throughout the day,” Brabender said.

Goulburn's first race on Thursday kicks off at 1.45pm and the track is currently rated a Soft 5.