Seafood And Racing - An Excellent Combination At Tuncurry

There wouldn’t be a better array of seafood on any NSW country racecourse than at Tuncurry this Saturday.

Tuncurry-Forster Jockey Club president, Garry McQuillan, is one of several committee persons that have put their heart and soul into the running of a Club that was once a pipedream.

The Club was registered in 1980 and it wasn’t until August 2015 that the Club was granted the licence to hold its first TAB meeting. 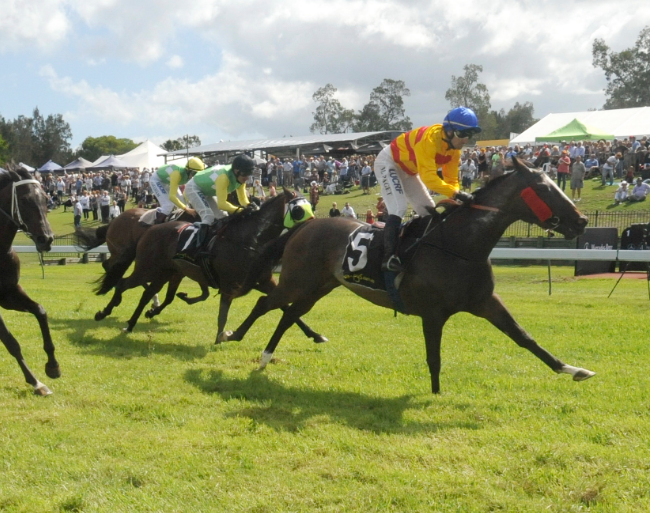 “It was, and still does, involve loads of hard work but it’s our passion up here,” McQuillan said. “You’ll see coastal country racing at its best at Tuncurry.”

Tuncurry will put on one of the most tantalising racedays across the state come Saturday.

“This is our ‘Seafood Raceday’ where we sell fresh prawn rolls, BBQ fish cooked by the local fish co-op and premium Wallis Lake Oysters from Barclays, one of the biggest distributors in our area.

“Naturally, we’ll have the coldest refreshments, sandwiches, pies, hot dogs – there’ll be something for everyone!”

The club will be staging six races with the feature the TBBC Oyster Cup (1400m) supported by the Hawkesbury Race Club & Motel Handicap (1000m) and the Lakes & Ocean Hotel Maiden (2100m).

Free buses are running from Black Head, Smith Lake, Tuncurry and Forster with the bus timetable and other information on the club’s website – tuncurryforsterjockeyclub.com.au

Admission is $10 for non-members and $5 for members and pensioners with gates opening at midday.

Deepwater Jockey Club also race on Saturday with woodfire pizzas and Turkish kebabs on offer, among other things, with a Fashions on the Field competition after the last race.

DJC’s secretary/treasurer, Tricia Stack said: “We have six races with a dance afterwards until 9pm. And we will be using out new horse stalls and swab stall for first time.

“As well there’ll be plenty of entertainment for children with three jumping castles.”

It’s Kid’s Day Out at Nowra Racecourse tomorrow with live entertainment and “everything for the children free”.

An interesting runner will be Ahmad who defied a betting drift ($11 to $18) at just his third start for the Edward O’Rourke/Michael Freedman partnership by winning easily at Nowra (1600m) on New Year’s Eve.

Shaun Guymer was aboard the gelding last start and again takes the mount tomorrow carrying 60.5kg in the Shoalhaven Water Handicap (1600m).