Tips and race by race preview by Neil Evans for Thursday’s meeting at Scone. Track improving to around Good 4 and rail True so even early before gradual trend away from the fence and off-speed.

Race 1 - BM 66 Hcp (2200m)
Always a testing assignment to kick off with a fairly evenly graded group of stayers. Wyong 5YO gelding 3. Captain's Legend ($5.50 on TAB fixed odds) is third-up off an 11-week break, and gets out to the trip he last won over on the Beaumont Track in spring. Draws to get good cover, and trusting he won't be a run short jumping up from the mile. 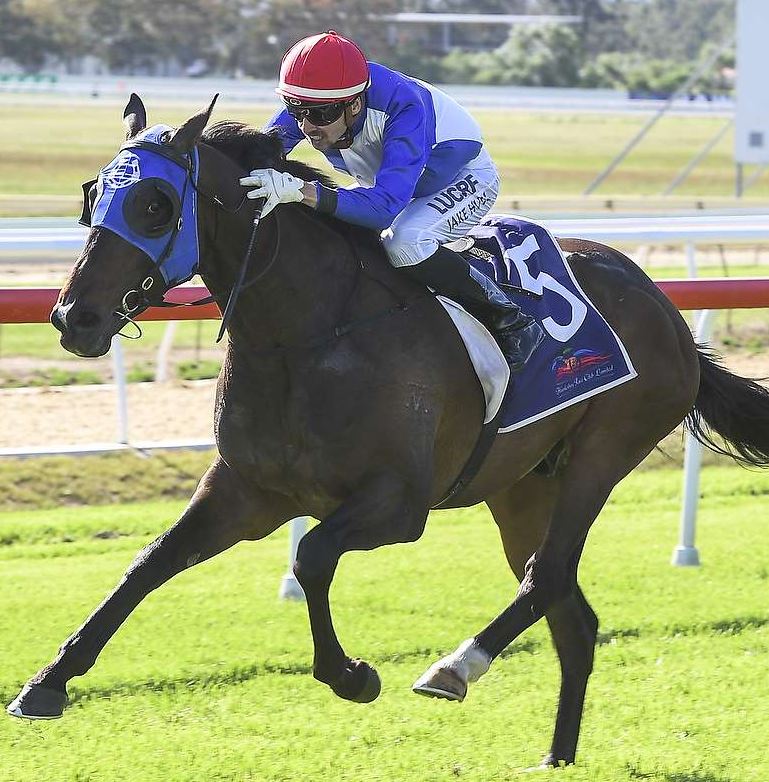 Dangers: Local 8YO gelding 1. Knight Star ($3.10 favourite) scored a tough win in record time at Newcastle over longer distance two runs back, and the second horse has since won, before just fair in tougher grade at Randwick. Hardly reliable and up sharply in weight, but this is a drop in class.
How to play it: Captain's Legend to win
Odds and Evens: Odds

Race 2 - 3YO & UP MAIDEN HCP (900m)
Back to the short course for the maidens, and it's hard to see resuming 3YO Wyong gelding 5. Henschel ($1.80 fav) getting rolled. Showed great cruising speed sitting outside the leader bolting in a recent trial under a hold, and appears well in at the weights too, 2.5kg under the top weight, but only 1.5kg over the limit.
Dangers: Wyong 4YO gelding 1. Bring Glory (Sebring x Northern Glory by Northern Meteor; $5.50) is bred to perform, and finds a nice debut race wearing blinkers off a recent home trial win. Hard to believe 3YO Muswellbrook gelding 9. Milo's Charm ($10) hasn't run a place from eight starts after finishing just over a length from a promising one this track last start. Stays at the 900m, and hard fit fourth-up.
How to play it: Henschel to win and quinella 1 and 5
Odds and Evens: Odds

Race 3 - 2YO HANDICAP (900m)
Now the youngsters' turn over the same trip, and it's a fascinating dash. Warwick Farm filly 1. Tudor Music ($3.10 fav) has plenty of ability, and flew home here to win over 900m at second start. Failed to run on in tougher company on the Kensington Track but has been given a little freshen-up and won a recent trial and this track is the key for one that will drift well back from a wide draw.
Dangers: Smart local filly 6. Very Sharp ($3.20) backs up from her fighting debut win here a fortnight ago but goes up 3kg and drawn a little wider. Debutante Tamworth colt 5. Tools Down (Written Tycoon x It's Poets Day; 4.80) won a metro trial narrowly after showing good early speed, although final 100m might be query down this straight; while watch the market on debutante Randwick filly 8. High Sands ($7) who comes in off a very quiet trial, but draws well for leading juvenile stable.
How to play it: Tudor Music to win and first four 1,6/1,5,6,8/1,5,6,8/1,5,6,8
Odds and Evens: Evens

Race 4 - MAIDEN PLATE (1100m)
Looks a classic race in three. Keen on local 3YO gelding and first starter 4. Good As New (More Than Ready x Ebony Wand by Flying Spur; $5) who was strong through the line finishing hard after being held up for some time in a genuinely run Beaumont trial a month back. Kept ticking over since and draws to get a nice run around midfield, and top country jockey returns off a short break.
Dangers: Wyong 4YO gelding 1. Aytobe ($2.50 fav) is a big threat resuming off a smart trial win, and the blinkers staying on. Was consistently in the placings last prep, and first-up last time wasn't far off smart Emperor's Star here, and this looks a shade easier. Promising 3YO Newcastle gelding 5. My Naughty Boy ($3.20) charged home to just miss on debut behind Very Sharp, so there's an immediate form reference on offer, and he looks suited by the extra trip.
How to play it: Good As New to win and box exacta 1,4,5
Odds and Evens: Split

Race 5 - CLASS 2 HCP (900m)
Back to the dash for some talented emerging sprinters headed by home track 3YO filly 5. Tango Stepz ($3.30) who can turn the tables on her main market rival after a fighting effort covering ground a fortnight back behind Pearl Roan, and crucially meets her 3kg better at the weights.
Dangers: The unbeaten form on this track of smart 4YO Newcastle mare 2. Pearl Roan ($2.10 fav) is hard to resist. Was fortunate to win her maiden two runs back holding off the talented Free Rider who blew the start, but has since bolted in, before that explosive win from just off the speed over this trip. Draws to get a soft run again. Hard to see one of the two not winning, but local 3YO filly 1. Talaaqy ($7) won two straight in Victoria before brave from the front in her first run for new stable, only swamped late in the same race by the two hot-pots here. Watch the market on resuming 4YO Wyong mare 7. Pluck And Lucky ($6.50) who looked forward in a recent trial, is unbeaten over this distance, and normally comes to hand early in the prep.
How to play it: Tango Stepz to win; quinella 2 and 5; trifecta 2,5/1,2,5,7/1,2,5,7
Odds and Evens: Split

Race 6 - MAIDEN HCP (1400m)
Progressive 3YO Randwick gelding 3. Holy Sunday ($2.40 fav) is the one to beat after storming home to just miss in a maiden here a fortnight back at a third career start, although drawn wider out will be forced to go a long way back again, but he's a tailor-made Scone type of galloper.
Dangers: Newcastle 3YO gelding 11. Krayzelburg ($3.90) is the weighted runner of the race dropping 4kg from an average effort behind Black Star Bowie at Muswellbrook, but still needs to find a length or two. Expect a big run from improving 3YO Newcastle filly 13. Serriano ($7) who did her best work late at Taree in her first run for eight weeks, and even better suited this track and trip. Wyong 3YO gelding 8. Sapphires Son ($4.60) has strong form for this hitting the line hard from well back behind Pearl Roan here before chasing home the smart Cafe Royal at Pt Macquarie, but has to overcome the second widest barrier.
How to play it: Holy Sunday to win
Odds and Evens: Odds

Race 7 - BM 58 HCP (1600m)
Up to the mile for a wide-open heat of the Rising Star Series. Gosford 4YO gelding 4. Hercules Mo ($2 fav) has comes back lengths stronger this prep, flashing home to win first-up here in this grade before again hitting the line in a class 2 at Taree. Was scratched from Kembla on Wednesday to be saved for this.
Dangers: Tamworth 6YO gelding 5. Grove Street ($5.50) fought on to win narrowly this grade here two runs back before a tough effort in a blanket finish at home only a week ago. This looks a shade tougher, but draws to get a nice run. Muswellbrook 6YO mare 2. Drusilla ($4) likes to go forward, and has won her last two, but goes up in weight, drawn out and this is tougher.
How to play it: Hercules Mo to win and box trifecta 2,4,5,9
Odds and Evens: Odds

Race 8 - BM 66 HCP (1100m)
Competitive sprint, with plenty of chances, to close the card. Emerging 3YO Newcastle filly 12. Xiaoli's Ying ($1.80 fav) is breathing all over this fourth-up from a good draw. Resumed with consecutive maiden and class 1 wins before chasing home talented Iconic Star who has since scored a dominant BM 70 win at Warwick Farm.
Dangers: Wyong 4YO gelding 8. Commander Bell ($9.50) looks well over the odds resuming off a nice trial effort, and drawn to get a cosy run. Wasn't far off them first-up last time, and won only previous start on this track. Wyong 6YO mare 11. Island Grange ($7.50) drops in weight after charging home for a dominant win at Port Macquarie, but this is much tougher, and she draws off the track. Don't under-estimate 6YO local gelding 1. Atum ($19) at big odds, second-up off a long break. Beat some handy sprinters last prep, and stuck on okay at Gosford. Always improves into second-up run, but likely be forced to go a long way back from a wide draw.
How to play it: Xiaoli's Ying to win
Odds and Evens: Evens