Roughie To Figure Prominently With A "Soft Run" At Wagga

Pastiche will carry the best recent winning form into the Tom Patton Cup at Wagga on Friday in what will be the toughest test of her career.

The six-year-old has won three of her past five starts with two placings as well providing her owners with plenty of enjoyment. 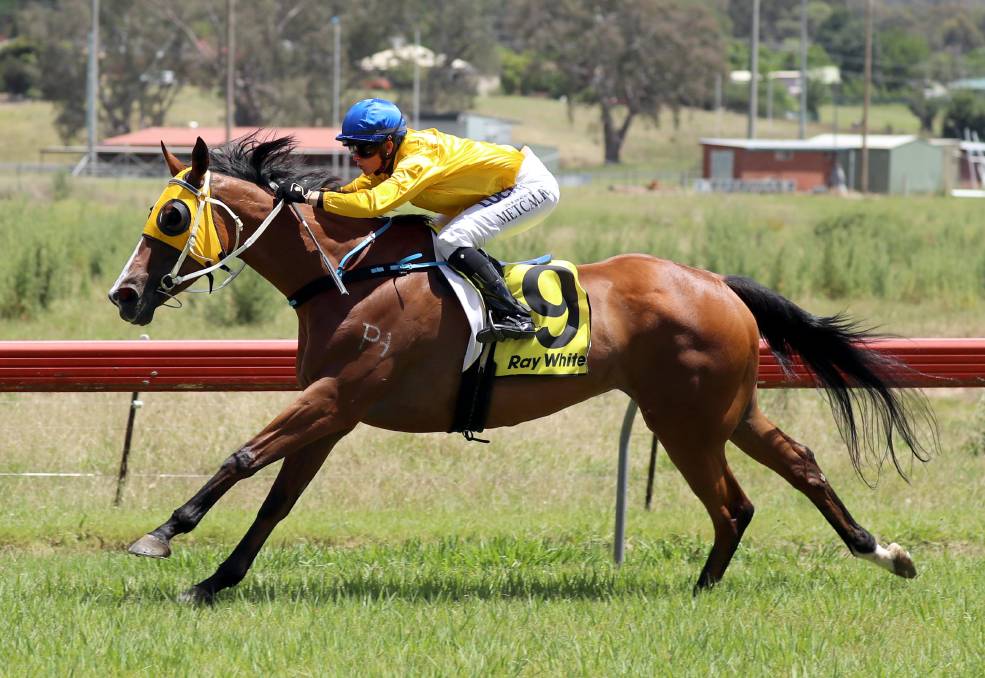 Five days after winning at a Wagga TAB meeting, Pastiche ($26 on TAB fixed odds) claimed the Tumbarumba Cup and has rekindled her career after missing most of her five-year-old racing.

Trainer Rodger Waters felt Pastiche was a horse on the way up a couple of years ago before the “wheels fell off” and she suffered some setbacks.

It’s now back to consistent performances which has Waters believing Friday’s test won’t be a step too far.

“It’s a lot tougher race against some hard, seasoned gallopers, but if she gets a soft run she will be in the race at the finish,” he said. “This is her first crack at open class in TAB class so it’s a step up.”

Pastiche’s life spans back generations for her owners with Waters and close friend Mike Scollard having raced her dam and grand dam. Montmartre Madam won just one race and was bred to Dylan Thomas producing Pastiche which means a work of art.

Pastiche has won three races since late December and had won just one prior to that from 24 starts. The turnaround gives connections hope that Pastiche can be competitive and maybe replicate some of her runs from mid-2017.

“She won at Wagga and also was placed behind Itsa Fait Accompli and Fui San who both went on to win in Sydney,” Waters added.

“At the time, I thought we would have a lot of fun with her next preparation but a lot went wrong. She is back winning and racing well and this race will be a good test.”

Last start winner Zarlu ($8.50) exploded from the rear of the field first-up at Wagga and will again oppose Spunlago (third in the same race, $3.50 favourite).

Meanwhile, last start Warwick Farm winner Mixed Blossom ($4.40) will start one of the favorites in the Wagga Whirlwind (1000m).

Trainer Gratz Vella said Mixed Blossom had taken time to find peak fitness and she invariably held her form when right: “She took a few runs to come good, but is race fit now,” he said.

Jester Angel ($3.40) ran fifth in the same race as Mixed Blossom and had won her only two starts prior to that for trainer Heath Maclean.