Robb Due For A Great Outcome In Coonamble Country Championships

As he sat on the ground, with a seriously bruised ego, Brett Robb watched with his heart in his mouth as Great Buy bolted away from him and headed straight for a gate post.

The Nyngan trainer feared the horse had sustained a serious injury, derailing months of planning to have Great Buy ready to contest Sunday’s Western Districts Qualifier of the Newhaven Park Country Championships at Coonamble. 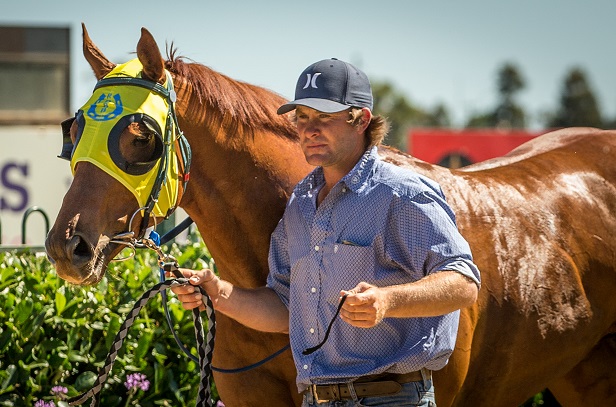 “I ride five or six breakers a day and haven’t been thrown for six months,’’ Robb said.

“Then this fellow throws me. It hurt my pride a bit I’ll tell you.

“I was sitting there watching Clayton (Gallagher) work past me, I had my feet out of the irons just walking along and he ducked his head down and ducked back the other way and threw me.

“He went to go through a gate and went over the gate post and cut his shoulder open.

“I was really nervous when I saw him do it. I thought he’d broken his shoulder.”

It was a major relief for Robb and the four-year-old’s co-owner Tony Kilmartin – Robb’s brother-in-law - that it turned out to be one of those freak accidents that looked worse than it was and all it cost the 32-year-old was a little bit of time in the horse’s preparation.

The incident happened about seven weeks ago, just at the stage where Robb was ready to ramp up Great Buy’s Country Championships preparation.

“After a week he came good, I’ve had to play a bit of catch up with him but I think his fitness will be right,’’ he said.

Great Buy started his career with Tony McEvoy in Victoria, he was once named Yulong Savings and showed quite a deal of promise winning on debut before being beaten in a photo finish in a Listed race at Flemington.

How he made his way to Nyngan is what Robb calls a “funny story”.

It’s well known that Robb is the son of popular western districts trainer Rodney Robb. A couple of months before he took out his own trainer’s license he received an interesting call from his brother-in-law.

“He’s a mad punter and he’s always saying he’s going to win a multi one day, he’s been telling me for 12 months, and when he does he’s going to buy a good horse,’’ Robb said.

They’d picked out a few horses at the online sale, Robb wanted to buy a horse called Camp Rifle but his sister Jodi was set on Great Buy and they eventually snapped him up for $25,000.

“Camp Rifle might have gone out of our price range and Jodi rang me up and said she liked Great Buy,’’ he said. 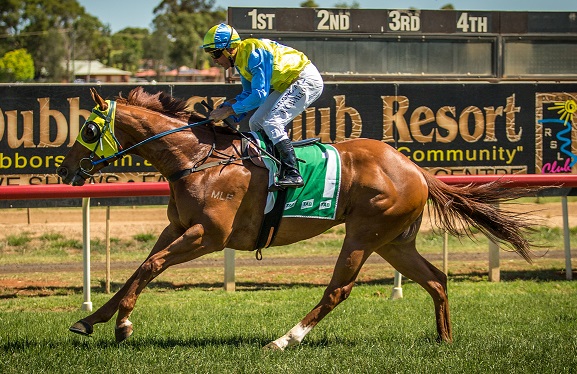 “I didn’t like the look of him to be honest but when he turned up he was a different horse to what he looked in the pictures.”

It wasn't long before the horse started to show he was indeed a ‘great buy’ as he ran third at his first start for Robb at Dubbo in October then won a Class 1 at the same track in mid-November.

But after a handy fourth behind Another One in a TAB Highway at Randwick just before Christmas he earned a shot at the Country Championships and, freak accidents aside, everything that’s happened since tells Robb he’s in with a real chance.

At his first run since the gate post incident, at Mudgee on their Country Championships day on February 28, Great Buy finished fourth in a 1200m Class 2 and right alongside Kody Nestor’s Activation who will be Coonamble bound on Sunday.

“On his run at Randwick he was definitely worth a crack at the qualifier,’’ he said.

“When he came back in he was feeling better, I had a bit of trouble with his feet when he was in the first time. It was hard to keep him sound so I think he did a good job to race as well as he did. He’s definitely got to be better this time in.

“Kody was telling us the other day that Activation is one of his main chances. There was no difference between him and Great Buy the other day.

“He’s been there and done it and he’d have a bit of an idea, if he reckons Activation is one of his better chances we’d have to be in with a hope.

“He’s the type of horse that can jump and put himself up on the speed. I don’t want him leading but he won’t be far from them.”

Great Buy is one of three horses Robb has nominated for the $150,000 Newhaven Park Country Championships Qualifier (1400m) at Coonamble – Messy Miss and Skullharderson are the others.

It’ll be his first Country Championships as a trainer in his own right but Rodney Robb, who has taken a small step back from training, has had a runner in each qualifier so it’s fair to say he’s old hat.

“I’d break a horse in myself and get it going, educate it, then take it to the races and win and it’d be under dad’s name,’’ he said.

“There’s nothing like taking a horse to the races in your own name. I’ve always been around horses, I don’t really go much on the city life that’s for sure.

“I went away for three years, up north to Queensland on a cattle station and the bloke I was working for up there had racehorses too so I’ve never really been away from it.

“If I’ve got a horse good enough I like going down there for that but I couldn’t live in the city, I love it out here.

“Dad still has eight or 10 horses, I don’t think dad will ever stop. He doesn’t know how to slow down but he didn’t want 20 or 30 horses.