Rising 86yo And Her Generation Of 'Girls' (Taree Carnival)

They are all trained at Port Macquarie by John Sprague and all will be ridden by last year’s premier Mid North Coast Racing Association jockey, Andrew Gibbons, from Newcastle.

The first of their hopes is six-year-old gelding Saint Denis in the Mercedes AMG Class 1 & Maiden Plate over 1600m on Friday. 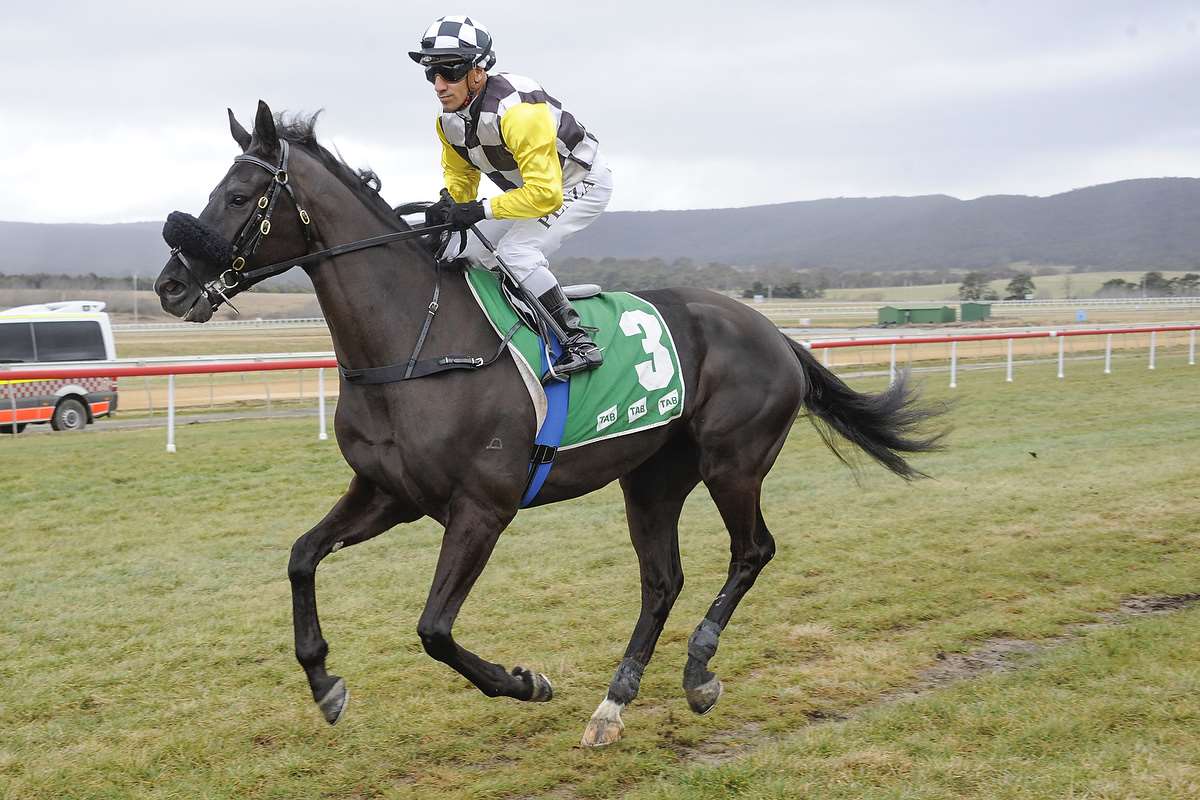 Saint Denis (Jeff Penza) on the track at Goulburn when formerly trained at Randwick. Image by Bradley Photographers

Mrs Tate nearly sacked the gelding from the stable a couple of months ago but Sprague has managed to turn its form around to get a reprieve from being sold with race improvement since the blinkers were removed on June 24 and a tongue-tie was used.

“She must have scared him into doing better,” Sprague said. “The other day he worked the best since joining the stable.”

Mrs Tate said Saint Denis had delivered one win and “a lot of placings” in the two years the syndicate had raced him: “We have been very patient with him.”

Saint Denis comes into the race after a third at Grafton, a fourth at Taree and a second in the Bowraville Cup over 1500m, on August 3.

Five-year-old gelding Patriot is in one of the features, the Taree Kia Manning Lightning over 1000m on Sunday, a race he was second to Imperial Eagle last year.

Mrs Tate said Patriot “has been going well and has been a little unlucky.” She thought Patriot had won the $51,000 Kirby over 1000m at the Grafton Cup Carnival until the photo showed it was second to Attila.

Sprague said its 8th at Coffs Harbour at its next start should be forgotten as “he covered too much ground and had no luck". “He normally comes from the back and needs the pace on early to use his finish.” The horse's previous win was over 1106m at Port on June 16.

The syndicate is certainly on good terms with four-year-old gelding Stylish Pattern as they bought it a month ago from a retiring Melbourne trainer and they paid for it with a win at Newcastle last Saturday.

Sprague said it had “pulled up a treat” and is race fit for the Taree Leagues Sports Club Class 1 Showcase Handicap over 1250m.

Mrs Tate, her daughter, grand-daughters and great grand-daughters, some of the family with babies in arms, are looking forward to being trackside both days.