With the running of the Ray White Emms Mooney Bathurst Cup fast approaching on Sunday week (29 September), it's time to recall the amazing record of Prince Of Justice in the prestigious race.

Prince Of Justice twice won the Bathurst Cup and what made the feat so incredible was the Cup wins were 6 years apart!

The first win came in 1993 when Prince Of Justice was trained at Orange by Reg Priest and was ridden by leading western Districts jockey Wayne Weate who is now retired and living at Tamworth.

Stepping up in distance, Prince Of Justice then won the Stayers Cup at Rosehill for Reg Priest but after suffering a serious tendon injury was retired from racing.

Sharon Peters, a trainer from Sydney, decided to try and resurrect the career of Prince Of Justice after the gelding had spent many years in a paddock.

Six years after the initial Bathurst Cup win, the veteran Prince Of Justice returned to contest the 1999 Cup with apprentice jockey Hugh Bowman in the saddle. 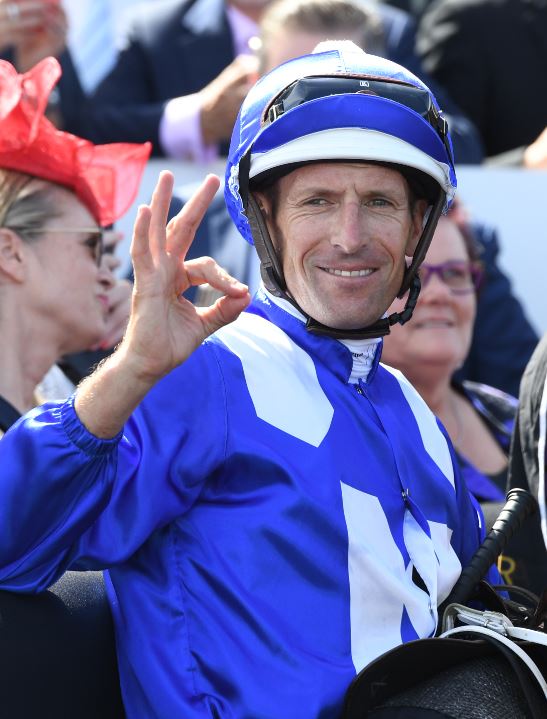 In an exciting finish, Prince Of Justice won by a head from Shine Over with Battlewise in third place.

Slatts was trained by the legendary John Lundholm at Coonamble and owned by Hugh Bowman’s parents, Jim and Mandy Bowman from Dunedoo.

Hugh Bowman then became apprenticed to Leanne and Bill Aspros at Bathurst and later to Ron Quinton at Randwick.

Now established as a star jockey on the International stage, Hugh Bowman is recognised by people with only the remotest knowledge of racing as the jockey of the former world record-breaking mare, Winx.

Reg Priest, the original trainer of Prince Of Justice, had a highly successful career with his best galloper probably being the brilliant sprinter Opera Prince, winner of the Group 2 Chirnside Stakes in Melbourne.

Captees won 5 races at Rosehill and gave Michael Marks his first Sydney winner. Michael Marks who is retired from race riding and now living at Bathurst was an outstanding apprentice and then senior jockey who rode many winners for Reg Priest as did another talented young rider Kim Dougherty.

Along with several other successful young riders including the late Peter Molloy, Michael Marks and Kim Dougherty were apprenticed to Peter Molloy’s parents Pat Molloy and her husband Harold “Matey“ Molloy at Orange.

Matey Molloy who passed away last week was one of 9 children born to Charlie and Una Molloy at Forbes and he became a champion jockey.

His achievements were those that most country jockeys only dream about and included winning the Group 1 Doncaster Handicap at Randwick on Persian Puzzle for trainer Stan Hayden, and the Hotham Handicap on River Seine (now known as The Lexus) the main lead up race at Flemington to the Melbourne Cup.

Reg Priest the trainer of Bathurst Cup winner Prince Of Justice had also been a fine rider and won a Western Districts Racing Association Apprentices Premiership.

Join us for an afternoon of exciting racing at the Ray White Emms Mooney Bathurst Cup meeting and catch all the action on Sunday 29 September.

To make the most of your day a suggestion is to book a VIP Grandstand Package and enjoy the raceday in style.

October conjures up the very best of memories for Northern Rivers trainer John Shelton so it wouldn't surprise if he ...
Read More

What can we say about Classique Legend’s sizzling TAB Everest win that hasn’t already been said? Not only did he ...
Read More