The rip-roaring contest for the NSW apprentice jockey’s title is finally secure in a career-defining season for the Jones boy, and Reece’s intense rivalry with another rare young talent, Dylan Gibbons extends throughout Scone’s capacity TAB meeting on Monday.

With a full book and 99.5 winners, Jones (seven rides) is short odds to reach the magic “ton” while suspension interrupted Dylan (three rides) is on 84 wins. 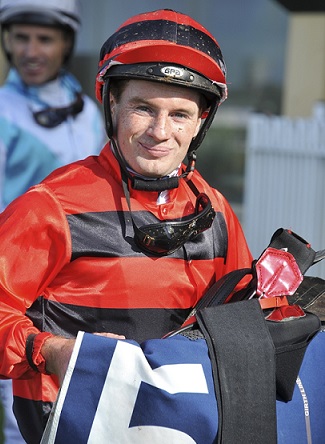 Outriding their claims with amazing rapidity they are opposed in most of the seven Scone races.

Jones has choice rides for his Rod Northam home stable and several favourites for other trainers, while Dylan is freelancing in the absence of his mentor Kris Lees.

While they ride numbers to dominate, some select runners from the Waterhouse/Bott and Kody Nestor stables will be hard to beat.

Nestor’s filly Artie’s Aura ($2.10 favourite on TAB) won a Dubbo maiden by near six lengths last prep at $1.50 and resumes, significantly after being scratched from a recent city Highway.

Typically, Nestor has her primed by an open barrier trial win at Warren three weeks ago. She has 58.5kg for Nestor’s long-time ally Anthony Cavallo who rode her in the trial into a Stable Wizard Class 1, 1200m.

“The way she’d trialled and progressed we were coming for a Highway even though she’d have been up in grade - but we scratched because of the heavy track,” Nestor explained.

“First-up on heavy for a filly was too big an ask. We’ve been waiting for a suitable track.

“She couldn’t have been more impressive winning that maiden and then we put her away. She’s come on off the trial and work, couldn’t be happier with her.”

She won her maiden when odds-on at Goulburn in February and contests a Scone Equine Hospital BM 58, 1300m with 60kg for Christian Reith.

Scone appeals as another productive day for the star apprentices and the comeback of Reece has been inspiring, as from 2018 he missed almost two full seasons with career-threatening injuries.