NO SOONER DOES IN-FORM APPRENTICE GEORGINA McDONNELL FIND A SPARE HOUR OR TWO IN THE DAY, THEN SHE TAKES OFF IN THE BOAT TO GO FISHING

Born in England, Georgina McDonnell travels the countryside not to fish, but to ride winners.

When ‘contactable’, Georgina said: “I’ve been on the boat today; fishing along the Hastings River not too far from home. 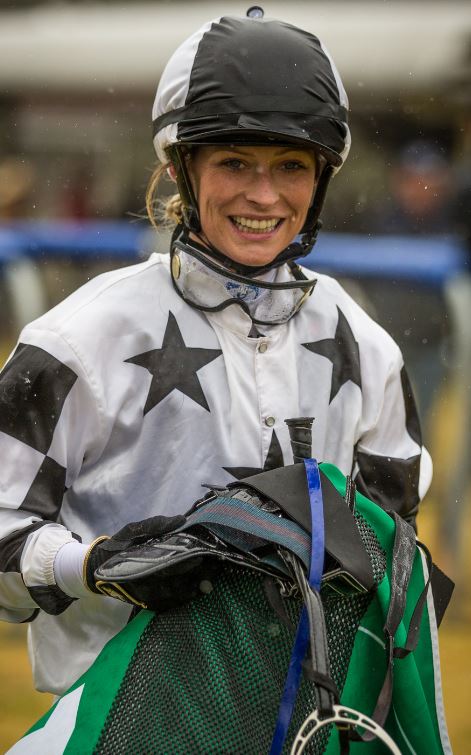 “Sunny days like these – that’s what I love doing when I find the time. And I caught plenty of fish … some flatties [flatheads], trevally and bream!”

Not one person would begrudge this hard-working young woman her ‘day in the sun’, both with fishing and riding winners.

“We lived in Chesterfield, Derbyshire and I was born with a collapsed lung, so I had chronic asthma. It was tough.

“My family thought it best for us to move to Australia with the warmer climate; that happened when I was about four and my health improved dramatically.

“We were initially on the South Coast at Ulladulla before moving up to the Central Coast where I grew up.

“I worked nine-to-five as a personal assistant to a real estate director on the Central Coast, but I knew pretty early that wasn’t my scene.

“I now know that I much prefer getting up early to be with the horses, riding trackwork and going to the races.

“I always rode, when I was young, I rode hacks in shows and then we moved to Tuncurry.

“That’s where it all started; I went past the racecourse and saw trainer Terry Evans’s sign, so I emailed him for a stablehand position.

“After a year, Terry said I was little enough to be a jockey, so he started teaching me how to ride and I got my riding stablehand licence to begin trackwork.

“I then went to Colt Prosser at Wauchope and was with him for a couple of years before going to Allan Kehoe at Port Macquarie. I headed to Clint Lundholm [Dubbo] for three months on loan but then he was outed by the Stewards.

“I moved to Trevor Sutherland at Wagga, but he also ran into trouble with the Stewards, so I went over to Mitchell Beer’s then ended up back at Allan’s place here at Port. Mum’s got a property at Dyres Crossing near Wingham [NSW mid north coast] so I see her quite a bit.”

McDonnell may be some time from traipsing the path of one of her countrymen Rachel King, but the aspiring jockey is focused on rising to the top grades.

She has ridden 26 winners – 11 of them this season – and will ride “anywhere”. “I don’t mind where I go nor how far it is, I just want to ride and better myself. 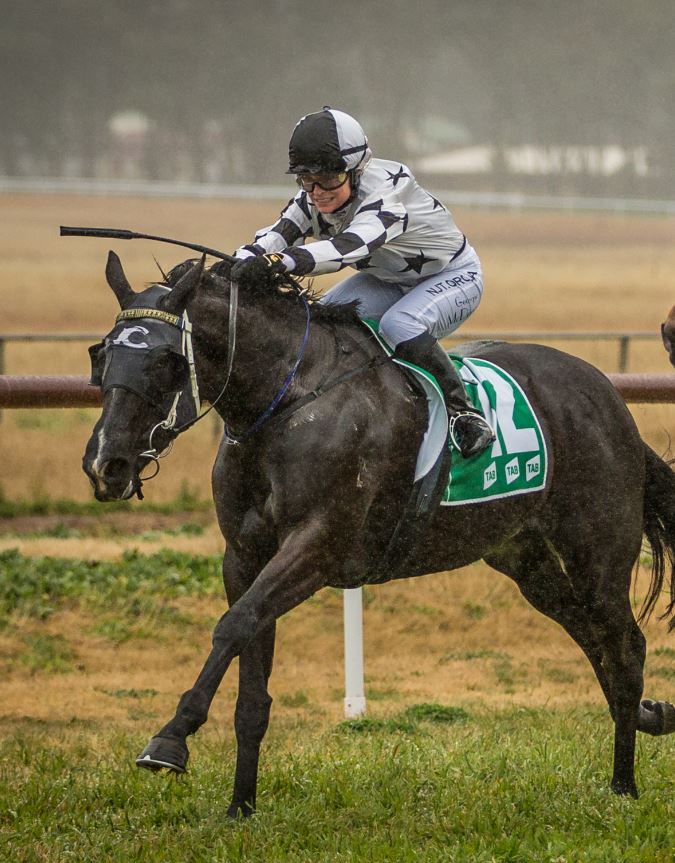 Georgina McDonnell guides My Shiromi to victory at Coonabarabran

“I’m still learning and have had a couple of setbacks with a broken hand and broken ribs, but I just want to work hard and ride.”

And it shows as Georgina has posted those 26 victories from 19 different racetracks!

Last August she booted home her first winning double at Inverell aboard Fight for Love and Cabriere and snared another double at Wauchope on Boxing Day [Belle de Lune and Wolfram].

She rates the now-retired Mister Hootabell as one of her favourites: “I won three races on him and finished three seconds; he was a lovely horse to ride.

“He was my second ever winner and he was a bit out of form when I first jumped on him in a race. I was a four-kilo claiming apprentice and he just seemed to like running for me.”

Only last month Georgina won her first heat of the Racing NSW Rising Star Series on Jacksprat at Ballina.

“He pretty much led all the way and really kicked at the home bend; he won very well, and it was a huge thrill,” she said.